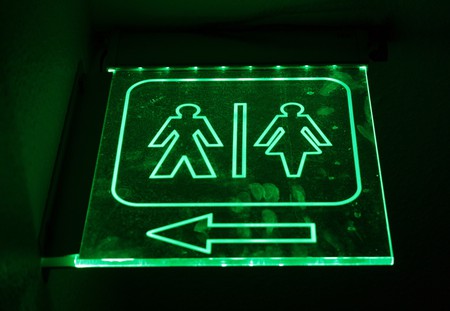 New York is a city on the go. Unfortunately, if you’re out and about and actually need to go, there are very few options. But a new app is trying to change that, by letting you reserve a spot in one of the many private bathrooms in the city.

For anyone who’s walked around New York for a day, the near impossible task of finding a public bathroom is probably familiar. For many, the best option involves ordering something from Starbucks and waiting in line 20 minutes to use one of their (sometimes horrendous) bathrooms.

Rockaloo attempts to solve this problem. Through the app, users can purchase a pass to bathrooms in businesses across Manhattan, Brooklyn, and Queens. The service was launched in August and already has 130 businesses offering sweet relief to desperate visitors and locals alike. The price to book yourself into a private bathroom ranges from 99 cents to an astonishing $8.99, which presumably gives you access to a golden toilet, a talking mirror, and a celebrity bathroom attendant.

After you’ve made your booking you have an hour to get there, show your pass to an employee, do your business, and get out. The app creators say revenue from each booking is split with the businesses opening up their restrooms, and a portion also goes to charity.

An article in the New York Times last year highlighted the shockingly low number of public bathrooms in Manhattan, particularly compared to the rest of the world. And any local will know that some of those more public options are not a whole lot better than a shame-faced waddle all the way home. We’re talking about you, Penn Station.

The idea of the app may sound ridiculous, but anyone who’s tried to find a bathroom on their way home after a few drinks in Manhattan will be relieved – pun entirely intended – to know there’s an app on their phone that can get them out of an awkward public indecency charge or a damp pair of trousers.