This A$AP Mob Designer Is the Millennial Dapper Dan 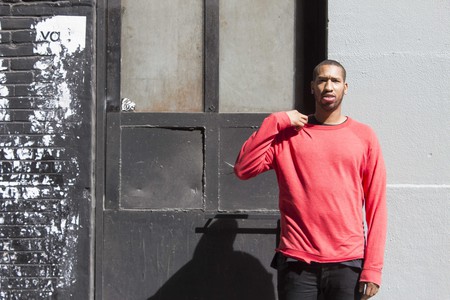 “Style is not meant to be defined,” says Kamoni Chandler aka A$AP K. “Definition transforms style to trends. Once traits are identifiable, they can be easily reproduced. Reproduction makes style bland.” So goes the ideological argument against fast fashion that independent designers have been making about street wear and high fashion alike. This New York designer was born and raised uptown, and as part of the A$AP Rocky crew, positions himself as part of a collective that uses fashion as a way to forge community. 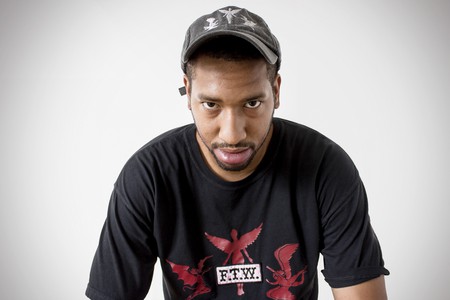 “The first person I met was Rocky. A$AP wasn’t a thing yet. Rocky and Ricky (my cousin) are best friends; we were all kids together uptown. You know, we were 14-year-olds into Gucci and Fendi, but in the neighborhood kids would say, ‘you’re not as fly as Rocky,'” indicating it’s not just the label you wear, but how you wear it. At the time I sit down with Chandler, A$AP Rocky has starred in Dior Homme campaigns for two seasons. It has become popular for luxury brands like Gucci and Louis Vuitton to partner with influential street wear sites Highsnobiety and Hypebeast to reach a millennial audience. But luxury brands showing an appreciation for street wear is a relatively new phenomenon (take, for example, the Louis Vuitton x Supreme SS17 collaboration), making the relationship between street and high fashion more dynamic and symbiotic.

25 years after luxury labels put Dapper Dan out of business with litigation over use of “imitation luxury labels” (bootleg fashion) these same labels are coming to him for inspiration. 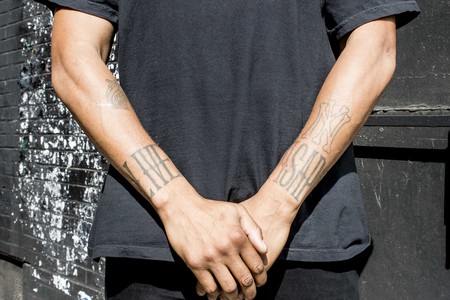 Another A$AP member, A$AP Ferg elaborates: “What Dap did was take what those major fashion labels were doing and made them better,” Darold Ferguson, Jr., aka A$AP Ferg (whose father, Darold Sr., worked at the boutique in the ’80s) tells The New York Times. “He taught them how to use their designs in a much more effective way.”

Chandler has several labels under his umbrella brand, all with similar concepts. His contemporary brand is called TAR (The Anarachal Response) “Anarachal being a word I made up, of course,” he says. Find repurposed distressed fabrics like infused sweats or waffle knits with plenty of anarchy symbology like the black flag and hand sewn-patches. 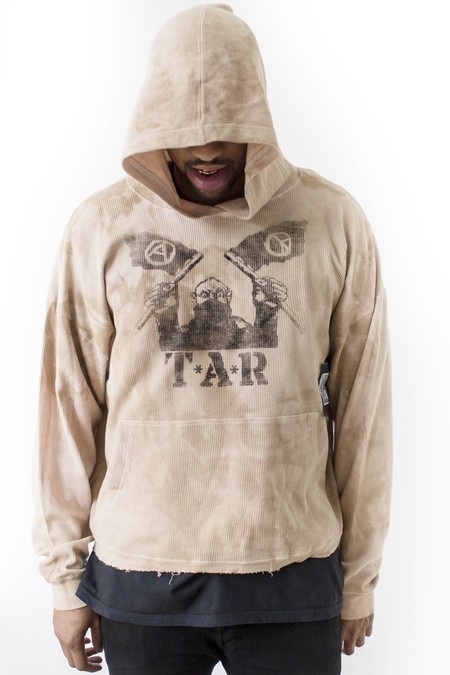 Chandler, who was a psychology major in college, does all business online, mainly through Instagram, which gives him a free platform to showcase his work, and provides clients with an email address they can use to contact Chandler directly. “I want to have a connection with the person I’m selling to,” he says. With seven years experience putting outfits together and selling them all over the world (like many street wear labels, TAR is popular in Japan) Chandler uses his digital savvy for its powers of connectivity. 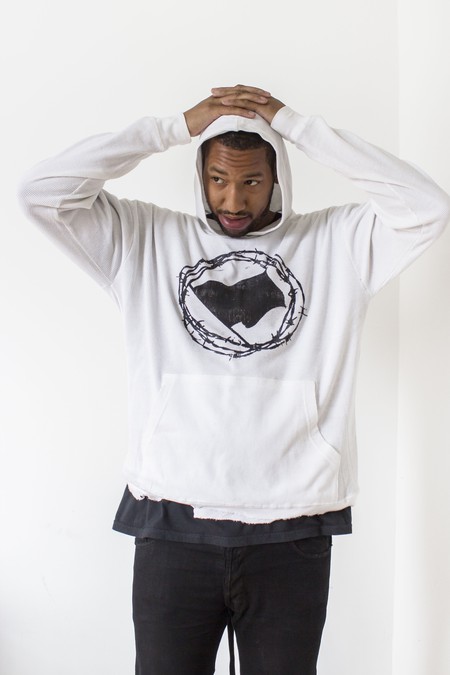 Chandler also runs a custom denim brand of one-of-a-kinds, or reengineered denim called COMESEEKILLV, a moniker that was born out of the phrase, “you’re killing it, K.” Again, Instagram is the main platform the designer uses for reach. “Here’s how I customize jeans. I put a picture on Instagram. I made it; it’s a piece of art. People may want it, but it’s not their size. I’ll ask a client to send me $111.” (Chandler is heavy into numerology: his birthday is January 11; K is the eleventh letter in the alphabet; he lived on the 11th floor on the projects, so the number has significance to him.) “Send me your jeans. I’ll work on them and in two weeks you’ll have something totally unique.” 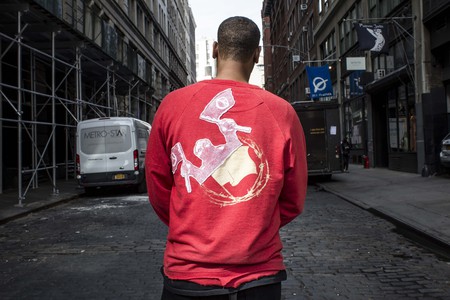 Chandler likes to work with raw luxury denim like Helmut Lang, Rick Owens, APC, ACNE, and KSUBI. Like Dapper Dan before him, Chandler uses hip-hop culture to sell clothing and curate a look. “When I first met Rocky A$AP, it was apparent we were two like-minded individuals. I started selling my clothes at concerts. Now I sell at art openings and cultural events. The clothes are a creative outlet for them.”

Unlike Dapper Dan, Chandler doesn’t have a brick and mortar store, but rather travels and sells all over the world with the help of digital platforms. And when it comes to logos, he’s rather averse to them. “I don’t have to put a logo. People know my work from the craftsmanship.”