These Restaurants Are NYC’s Most Buzzworthy, According to Twitter 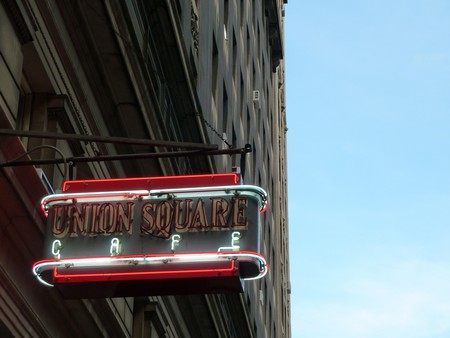 Some of our very favorite places are on this list. Have you been to any of them?

It’s a fact of the modern era: Social media has become intertwined with dining out. Whether you use it to see which hot new place you want to check out next, or to brag about the great meal you just ate, it’s almost certain that social media has influenced your dining experience.

The folks at Twitter compiled stats on which NYC restaurants its users tweeted about most often over the past year, and just released its top-10 list.

Here are the top 10 Tweeted about NYC restaurants of 2017:

Some of these are buzzed-about for obvious reasons. Union Square Cafe, a New York institution, reopened in a new location last December and was subsequently reviewed by nearly every NYC restaurant critic; its most tweeted-about day was April 25, the day the New York Times published its review. The most tweeted-about items there are wine and ricotta gnocchi, Twitter says. Meanwhile, Black Tap’s “freakshakes” are social media bait. Peter Luger, the Brooklyn steakhouse, is truly iconic. Le Coucou was, hands down, last year’s most notable restaurant opening and is still a braggable reservation to nab. The presence of a few others on the list, though, is a little more of a surprise.

In any case, these results make for a fine “to-do” list of dining experiences for any NYC resident or visitor. Happy dining. And don’t forget to post about your meal.