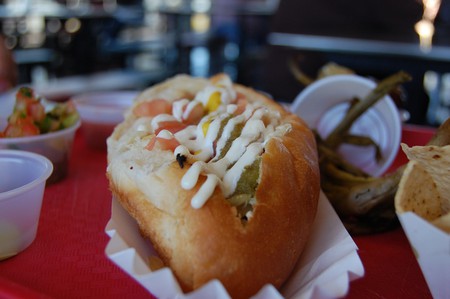 The James Beard Foundation has just named the recipients of its annual “American Classics” award. This year’s honorees seem to better represent America than ever before.

The James Beard Foundation, one of the food world’s most influential organizations, holds a notable annual awards ceremony. There, the honorees are generally big-name places, often with chefs whose names even non-foodies have heard.

In advance of that ceremony each year, however, it does something special: it selects five restaurants throughout the nation to receive its “America’s Classics” award. The places chosen “have timeless appeal and are cherished for quality food that reflects the character of their community,” says the Foundation. In other words, these aren’t the new, hot, celeb chef-helmed places that get all the buzz. These are the places that have been around for decades, that have become institutions in their respective communities, and that often (but not always) are priced accessibly enough that a visit doesn’t need to be saved for a special occasion.

Something’s different about the restaurants chosen this time around. In Chicago, you’ve got Sun Wah, a Chinese BBQ place renowned for its off-menu Peking duck. The restaurant has been family-run for multiple generations, spanning more than three decades. In Union Gap, on the east side of Washington State, there’s Los Hernandez, a tamale joint opened in 1990 that mills its own masa and makes the most of its surrounding region’s agriculture (think asparagus and pepper jack tamales in springtime). Tucson has El Guero Canelo, a Sonoran hot dog place—the proper order here is the bacon-wrapped franks served with beans, onion, mustard, mayo, and jalapeno sauce. New Orleans loves Dong Phuong Bakery, a Vietnamese bakery that not only serves up great banh mi, but also supplies many of the city’s cafés with the perfect bread for po’ boy sandwiches. And, finally, there’s Galleria Umberto, a pizza joint in Boston’s North End that specializes in square Sicilian slices.

The steam is coming off the piping hot and seasonal jalapeño and pepper jack tamales at Los Hernandez in Union Gap. A great@stop for lunch on #blackfriday #lunchtime #tamales #authenticmexicanfood #homemadefood #masa #

The first four restaurants named above offer types of cuisines vastly underrepresented since the JBF began giving awards in this category in 1998. This does not feel like coincidence. And it’s about time. As the various award-givers in the food world (most notably the World’s 50 Best list, and, yes, the JBF) have been taken to task lately for honoring almost exclusively white male chefs and restaurateurs, it’s encouraging to see that the JBF seems to actively be working to recognize those that fall outside that description and embracing diversity.

The 2018 James Beard Foundation awards ceremony will be held on May 7, at the Lyric Opera of Chicago.