© Joan Marcus
Like a well-made antique table, the Roundabout Theatre Company’s revival of Arthur Miller’s The Price is rock-solid.

The 1968 family drama isn’t as well-known or as well-loved as Miller’s best-known works, but there’s never a dull moment in director Terry Kinney’s sturdy production. It doesn’t hurt that the four-person cast is stacked with the superb actors Mark Ruffalo, Tony Shalhoub, and Jessica Hecht.

The revelation here is Danny DeVito as the crusty old antiques dealer. He holds his own with his costars and adds much-needed levity.

Ruffalo plays Victor Franz, a policeman who has to clear out an attic full of furniture that belonged to his parents. His father had been a prosperous businessman but lost his fortune in the 1929 crash. He and the family had moved to the attic, where the furniture has been gathering dust since his father’s death 16 years previously.

Victor’s wife, Esther (Hecht), wants to get top dollar for the antiques. Wearing a chic new suit, she encourages Victor to retire from the force and find a better-paying job. “I want money!” she says bluntly. 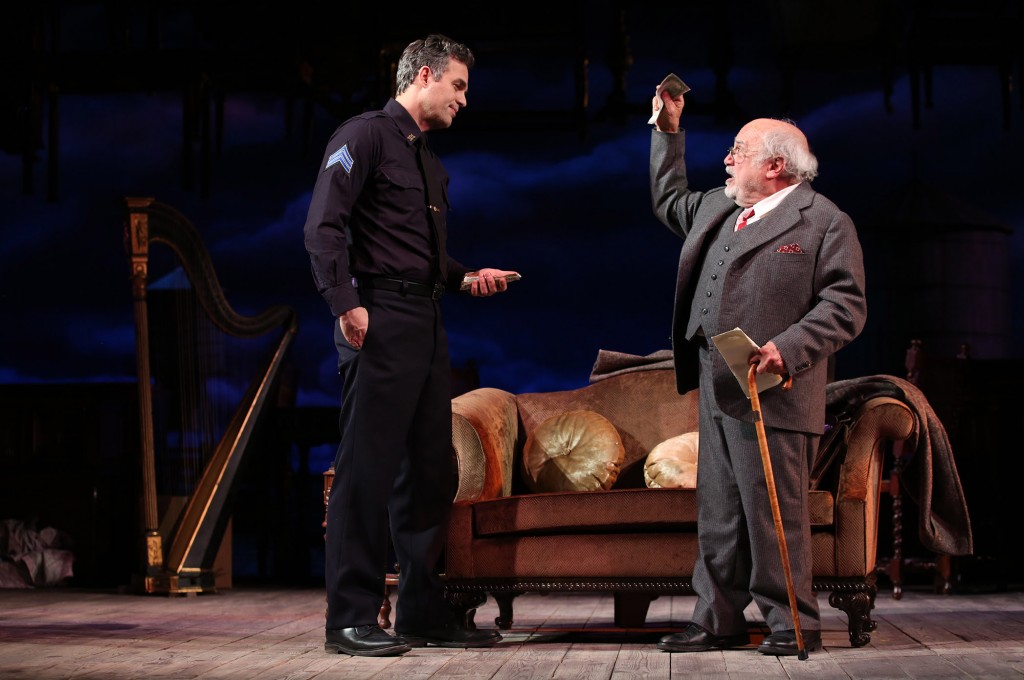 DeVito makes a great entrance, coughing his way up the stairs. He’s Gregory Solomon, an 89-year-old furniture dealer who spends much of the first act inspecting the dressers, Victrola, harp, chairs, etc., and telling Victor nobody wants big, old-fashioned furniture for their modern apartments. Victor isn’t a haggler and accepts Solomon’s offer.

Just when the deal appears to be sealed, Victor’s long-lost brother Walter (Shalhoub) appears. Not surprisingly, things get complicated.

The meat of the drama comes in the second act, when we learn that Victor dropped out of college to take care of their ailing, impoverished father. Walter became a doctor and sent home a tiny sum each month. Victor harbors long-simmering resentment toward his wealthy brother, and the two haven’t spoken since their dad’s funeral. 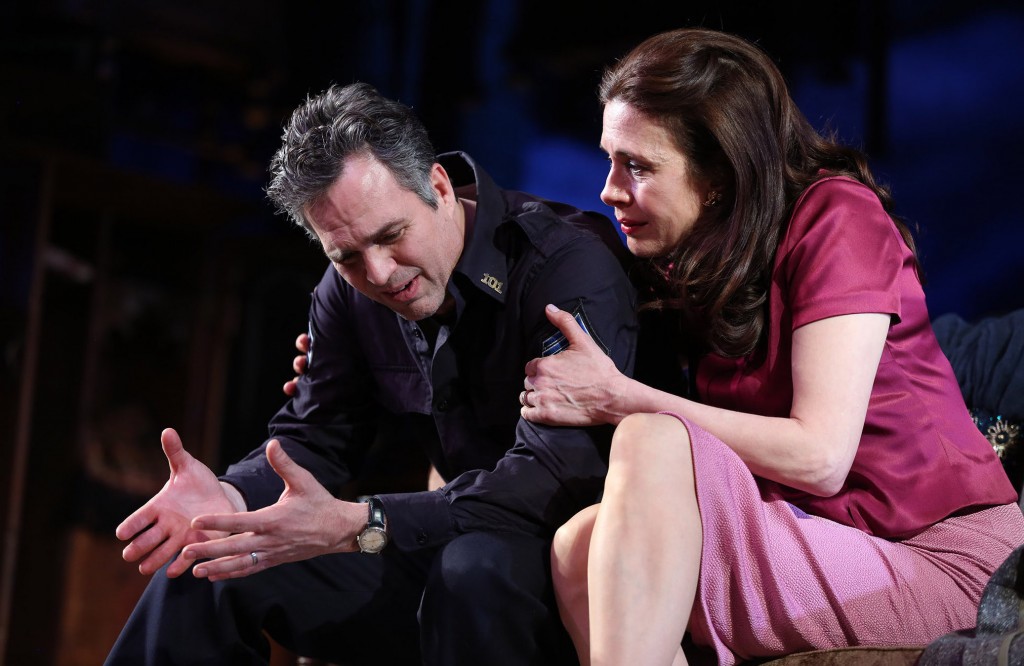 Anyone who has ever argued with a relative can relate to Miller’s well-constructed, believable drama. Apparently Miller had a strained relationship with his brother, but he said The Price isn’t entirely autobiographical.

He also wrote that the Vietnam War provided some inspiration for the play, but it’s hard to see the connection. It certainly isn’t as clear as The Crucible’s commentary on the House Un-American Activities Committee.

Ruffalo capably carries the play. His Victor is a hard-working Everyman who has always done what he believed was right. Whether he’s recalling his days as a fencer or getting exasperated with Solomon, Victor grounds the play. Ruffalo and Shalhoub don’t look like brothers, which is okay since they’re supposed to be so different.

Shalhoub does an excellent job giving the urbane Walter’s side of the story, but in the end it’s easier to sympathize with Victor. Hecht makes the most of Esther, who has a few good speeches but largely lets the brothers debate. All three are theater vets—and Tony nominees—who are quite comfortable on stage. 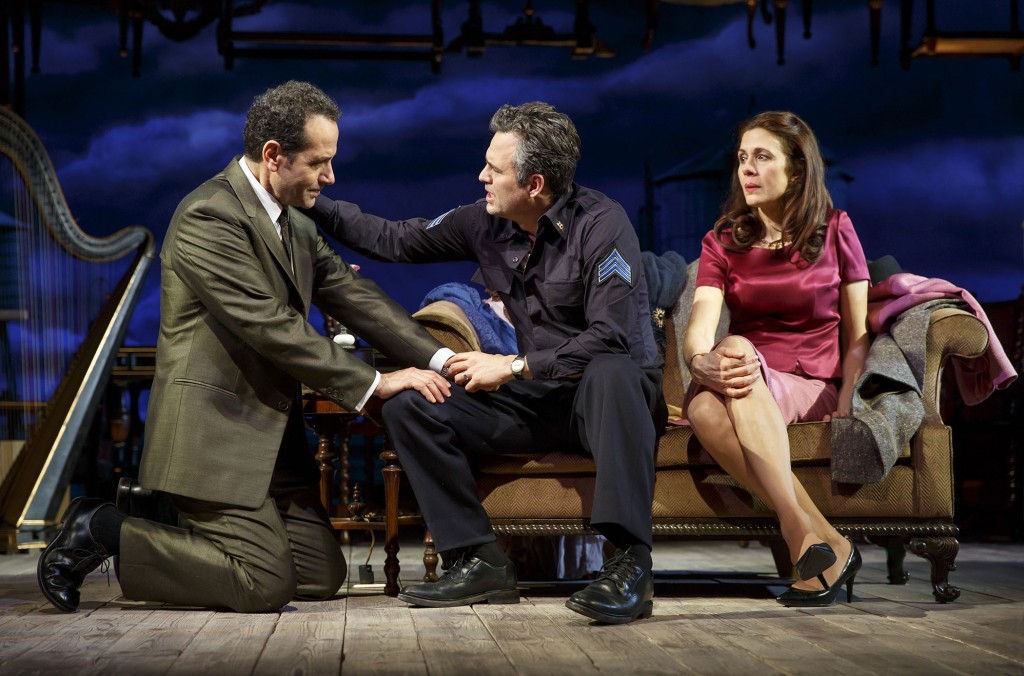 Ruffalo has spent most of his career making movies, but his big break came Off Broadway in 1996 with Kenneth Lonergan’s This Is Our Youth. DeVito has made more than 70 movies but didn’t do much theater until he starred in The Sunshine Boys in London and L.A. a few years ago. He may not have any Russian Yiddish heritage, but he’s just right as the indefatigable wheeler-dealer Solomon.

The Price lacks the gravitas and timelessness of Death of a Salesman, but this first-rate production proves that it’s well worth reviving. And it’s great to see these four fine actors sparring on stage.