The Ways Literary Patriarchy Is Being Taken To Task 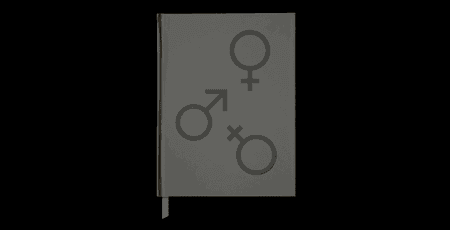 From the outing of sexual predators to the rebuttal of book recommendations, the public challenge to misogyny is gaining ground.

The media world recently came abuzz with news that the literary critic Leon Wieseltier had made apologies after several women came forward accusing him of sexual harassment. Wieseltier, who began a storied career as the literary editor for The New Republic in 1983, resigned in 2014 after Facebook co-founder Chris Hughes purchased the magazine and refocused its mission from cultural criticism to more click-bait-y content. The news comes on the verge of the publication of Idea, a cultural magazine funded by Laurene Powell Jobs, that Wieseltier was to head. He has been stripped of his post, and the magazine’s publication indefinitely suspended.

Wieseltier is just the latest in a domino line of men who are being taken to task for years of sexual misconduct against women, a phenomenon that The Atlantic has termed the Harvey effect, in reference to Harvey Weinstein, who was the subject of a massive investigative exposé published near synonymously by the New Yorker and the New York Times. The Atlantic also notes that “Wieseltier was named—along with more than five dozen other men who work in journalism or publishing—on an anonymous spreadsheet titled “SHITTY MEDIA MEN” that quietly, and then less quietly, circulated in national media circles last week.”

Five dozen is a lot of men, and it’s likely that more than a few of them, including some I may personally know, will be taken down by their inclusion. I’ve not seen the sheet, but curiosity about who it includes feels besides the point.For straight men like myself, it is not enough that we learn about the creepiness many of our gender inflict upon others. We need to see that we allow for an omnipresence of misogyny and sexism in culture, particularly in literature, where patriarchy is prevalent on the page and is canonized off of it.

Consider this year’s literary darling, Gabriel Tallent, among a new generation of writers apparently keeping alive the old traditions of misogyny. While his debut My Absolute Darling, a novel about a teenage girl trying to escape the sexual and physical abuse of her widowed father, shot to the New York Times Bestseller list and received heaps of laudations, including a blurb from Stephen King who called it a masterpiece, it also received its share of criticism, and for uncomfortable reasons. In a Goodreads review, Roxane Gay questioned the book’s sexual violence and sadism citing the “uncomfortable amount of romance” and “lack of genuine purpose.” Another reviewer, s.e. smith, writing for Bitch Media, went further:

“My Absolute Darling indulges, at length, in a particularly masculine form of storytelling, in which extremely detailed and graphic violence is taken as edgy and bold, rather than pornographic…The book fails to make the reader feel Turtle’s sense of conflict as she’s repeatedly raped by her father while at times feeling actively drawn to him; instead, the scenes serve only to violate both Turtle and the reader.”

Then there is the problem of canon, that gathering of writers held up to highest esteem that skews heavily toward white males. In April, the writer Dierdre Coyle posted a piece about men who had harassed her to read David Foster Wallace in a Rebecca Solnit-inspired piece “Men Recommend David Foster Wallace to Me.” “This is how you become the right kind of person: if you’re not in a position of power, identify your oppressors — well-intentioned, oblivious, or otherwise — and love their art. This is why it’s hard to distinguish my reaction to Wallace from my reaction to patriarchy. This insistence that I read his work feels like yet another insistence that The Thing That’s Good Is The Thing Men Like.”

The piece went off like a firebomb and was responded to by several writers, among them Jessa Crispin, the founder of the literary criticism site Bookslut, and the author of several books, who in a Guardian op-ed stressing the importance of diversifying our reading habits, argued that objectivity cannot and should not be enforced upon taste.

“For a very long time, the literary gatekeepers pretended their taste was objective, not subjective. And because the traits of those gatekeepers, who were not just white men but Ivy League-educated, upper-middle-class white men located in cultural centres like New York and London, were predictably consistent, they often reached consensus. These are the books that are important. No really, just these ones. Those other writers are ‘minor.'”

Examples of canonical writers being taken out of the canon for their misogyny are rare, but on occasion it happens. Upon the death of the unapologetically misogynistic writer Norman Mailer, the Guardian published a fiery diatribe by Joan Smith, headlined “Farewell to Norman Mailer, a Sexist Homophobic Reactionary.” Earlier this summer, I found a used copy of An American Dream for a few dollars in a used book sale. I decided to read it and came to a scene in which the protagonist kills his wife than heads downstairs to bed the maid in a spree of adrenaline.

Mailer famously stabbed his real wife only a few years before the publication of this novel, among the most heinous works of fiction I’ve ever read. Both the real life Mailer and his novelized protagonist escaped indictment, but the damage to Mailer’s reputation is permanent. I’ve never heard of anyone readily recommending him. I’d suggest Sexual Politics, Kate Millett’s searing philippic against Mailer’s brand of sexism, instead.