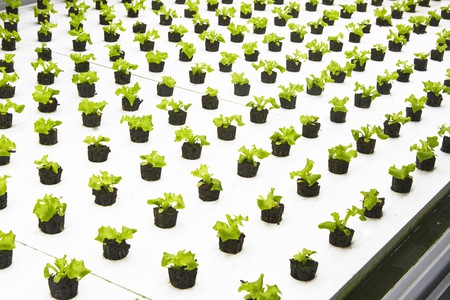 If you’ve lived in New York City, you’ve probably discovered that fresh produce—fruit and vegetables—can be hard to find and expensive to buy. But a start-up based just outside the city is attempting to provide a solution.

Bowery Farms is a new type of farming company. Bowery is a vertical farm located in a giant warehouse in Kearny, New Jersey, about 15 miles outside New York City. Technology is at the center of everything Bowery does.

All of the crops are grown indoors under LEDs, which are built to mimic sunlight, and the plants are grown in water beds rather than soil. Among the greens the company has been growing are kale, arugula, and lettuce.

For Irving Fain, the CEO and founder of Bowery Farms, the motivation behind his company was to solve some big issues.

“I’m a big believer in technology’s ability to solve difficult problems,” Fain says. “After building my last company, I really wanted to spend my time working on an area that I was personally passionate about, and a set of problems that were broadly important. Agriculture sits at the epicenter of so many global issues today.” 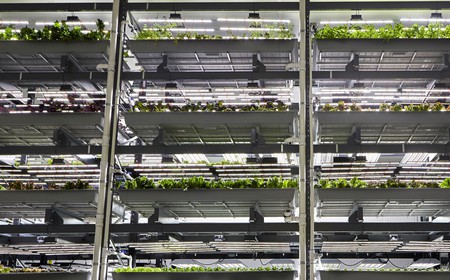 Fain makes the point that over 70 per cent of the world’s water supply goes to agriculture, and over 700 million pounds of pesticides are used each year in the U.S. This makes the issue extremely important, as does a growing population that will need 50-70 per cent more food to feed it by 2050. Fain, spurred on by the question of how to provide fresh food more sustainably to urban environments, launched Bowery with co-founders David Golden and Brian Falther.

Bowery uses zero pesticides when growing its produce, around 95 per cent less water than traditional agriculture and claims to be 100 times more productive on the same footprint of land. The company has developed its own software system, BoweryOS, to control the growing process, which uses machine learning and computer vision to keep tabs on how the plants are growing.

Although Bowery hopes to have farms all around the world in the future, New York is the best city to start with for many reasons.

“In 2017, New York’s population hit a new record high of 8.5 million people, and we’re seeing this same kind of rapid population growth in cities throughout the world,” says Fain. “It’s estimated that 70 to 80 per cent of the [world’s] population will live in and around cities by 2050, so by building our farms close to these densely populated areas like NYC, we’re able to provide fresh produce to more people and closer to the point of consumption.” 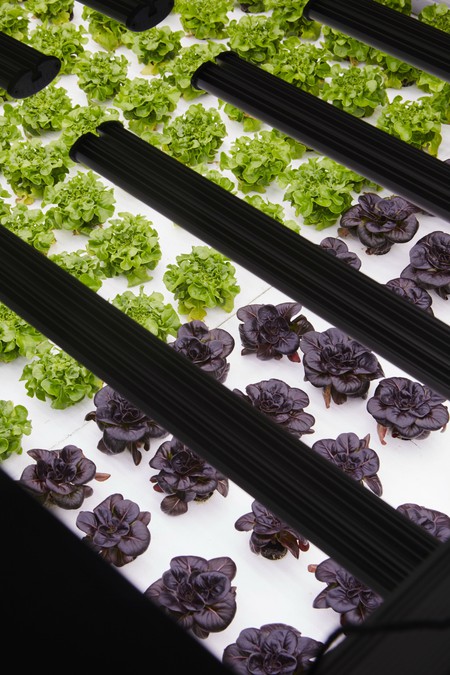 And New York isn’t the only city suited to vertical farming. “It provides a consistent supply of produce to cities 365 days a year, regardless of increasingly unpredictable weather and seasonality, and is more than 100 times more productive per square foot than traditional agriculture. Moreover, it saves nearly 2,000 food miles traveled by traditional produce, which is an average of two weeks old by the time it gets to shelf today,” says Fain.

Bowery’s next step is to build what it hopes will be the most technologically sophisticated indoor farm in the world this spring, which will also be located in Kearny, New Jersey. The new farm will grow 30 times more produce than it’s previous farm, and will be its most automated farm yet.