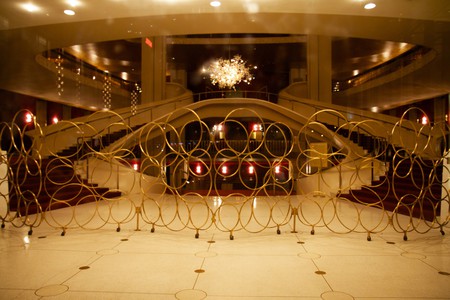 New York City has so much culture to offer that it is literally impossible to do it all in one day. It can be quite overwhelming to get through most of it without a plan, so here are 10 things to get you started on your very own cultural trip. 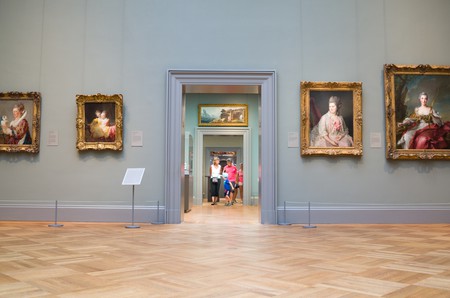 The Metropolitan Museum Of Art

Museum
Facebook
Email
Twitter
Pinterest
Copy link
Share
The Metropolitan Museum of Art is somewhere you must visit. Nothing says culture more than art, especially a place that houses centuries of art from all over the world. The Met is very big, so this is definitely a day trip, but even if you have been here before, it is always worth another trip. There are a lot of classic galleries to visit, including the Egyptian Art and European Sculptures and Decorative Arts. Make sure to visit their exhibitions (they have a schedule on their website), as these offer an insight into many different cultures and eras.

Much like the Met, MOMA offers a wide variety of arts. The main difference between the two is that MOMA (Museum of Modern Art) showcases modern art as opposed to the classics that can be seen at the Met. This may not offer a glance into the distant past of the Roman or Ottoman Empire, but it does offer a glance into how art, and society’s definition of art, has changed throughout time. Although you can find classics like Monet’s Water Lilies, you are more likely to encounter art like Marcel Duchamp’s Bicycle Wheel or a number of Andy Warhol’s Untitled from À la recherche du shoe perdu.

Adam Faulkner | @ Nuyorican Poets Cafe| © Nick Gulotta/flickr
The opera may seem somewhat out there, but this is a genuine experience that you can’t get anywhere else. No matter which opera you decide to see, seeing it at the Metropolitan Opera House is something you will always remember. Even if you don’t understand the language it’s in (most of them are sung in the romance languages), the story is clearly told through the actor’s superb performances. The Metropolitan Opera shows classic operas such as Puccini’s La Bohèmeand Verdi’s Il Trovatore.

Cafe, American, $$$
Facebook
Email
Twitter
Pinterest
Copy link
Share
Slam poetry has become a sensation over the past few years or so. Nuyorican is a small gem amongst locals and poet lovers alike, where people come to pour their hearts out through poetry readings, and slam. Founded in 1973 by writer and poet Miguel Algarin, Nuyorican has risen to fame through numerous awards, including Best Spoken Word Venue by the New York Press. If you’re an amateur poet, or just an avid lover of the art, Nuyorican is definitely a place you want to visit. Make sure to get there early (and to purchase tickets ahead of time), as the front row spots fill up quickly.

Little Italy is a small little section of NYC with a big sense of pride and culture. Italy is well known for its food, and there is definitely no shortage of that along the few blocks that make up Little Italy. On warm days, restaurant owners stand outside, enticing passersby to enjoy a nice Italian meal. Grab a gelato at a local shop, or browse in the little boutiques. In September, the streets shut down to allow the festivities of San Gennaro to take place.

Everyone is familiar with Broadway and the many theaters showcasing big name musicals like Phantom of the Opera, Wicked, The Color Purple, and many, many more, but few people realize that there are other places to find great musicals and plays for a fraction of the price and crowds. Off Broadway and Off Off Broadway have fresh, new shows that aren’t constantly replayed like their bigger contenders. Shows like Hamilton got their start on Off Broadway before becoming sold out icons on the big stage. Find something fun and quirky, and you never know, you might find the next big thing.

St. Patrick’s Day in NYC is a day where everyone turns Irish. This parade has such a wide variety of Irish culture that it will leave you entertained for hours. The festivities tend to start around 11 am and continue on until the early evening. Be prepared for loud bagpipes, band performances from high schools, Irish step dancing, and an appearance from different police precincts. With any luck, NYC will be graced with warm weather, but if that is not the case, be sure to bundle up, as it can get really cold. 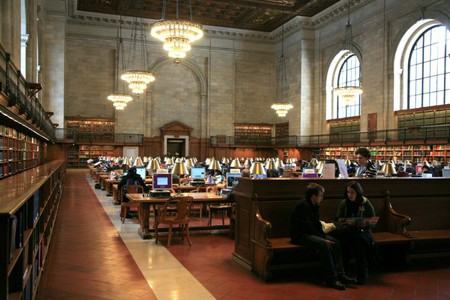 © robertharding / Alamy Stock Photo
The New York Public Library not only offers a lot visually, with its beautiful chandeliers over the marble staircases, and their massive reading rooms, it also has a lot to offer intellectually. Apart from the obvious fact that it is a library filled with books on almost any subject imaginable, the NYPL offers classes like basic Chinese conversation, or computer skills (Photopshop and Excel). There is also an opportunity to take free English classes four times per year.

Lectures are often thought of as boring, long, and belonging on a college campus. Whereas this could be true, depending on who gives the lecture, there is so much to learn about different sociological, political, and cultural topics. Throughout the city, there are different venues that host lecture evenings. These lectures are given by incredibly passionate people who want to share their views. You may not agree with all of these lectures, but with the amount offered, you are bound to find something that interests you. The New York Public Library, The Explorers Club, and 92nd Street Y, are just a few of the many places that offer these intellectually stimulating events. 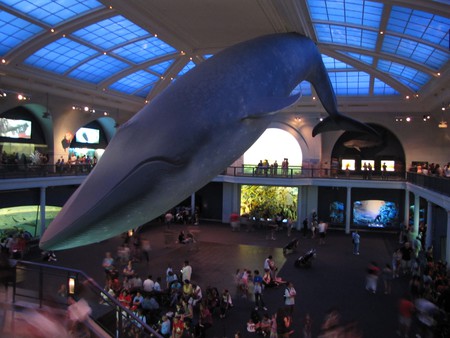 The American Museum of Natural History 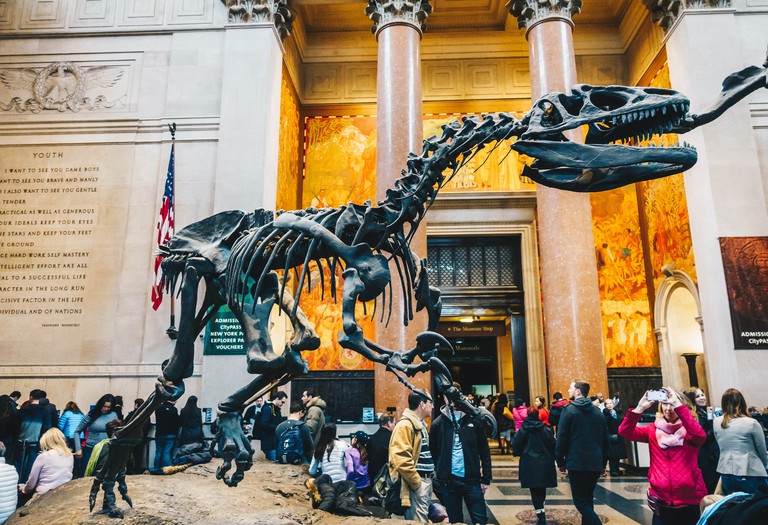 Dinosaur bones are on display at the American Museum of Natural History, which is also home to the Butterfly Conservatory | © Clari Massimilano / Shutterstock
So it may not come to life when the doors close (as far as we are aware), but the American Museum of Natural History is a really fun and educational place. This mammoth of a museum has 45 permanent exhibition halls, millions of plant and animal specimens, and cultural artefacts. Built in 1869 (although it moved to its current building in 1877), the museum has strived to educate people on the history of our planet, from it’s living creatures, to the plethora of cultures evolved throughout time. This museum is massive, leaving its visitors breathless and eager to explore all that it has to offer.
Give us feedback