It is difficult to winnow out the 10 most provocative films that defined the generation of the 1970s. Nearly every film that was churned out of New York City during that era held that cynical, romantic, celebrated naïveté of a counterculture that had found its voice and was ready to sing. New York of the 1970s and early 1980s is portrayed as far from stable.

Yet these movies feature aspects of that world that still resonate with viewers today, touching upon hope, freedom, rebellion, and other raw emotions that cannot easily fade with the turn of a decade. 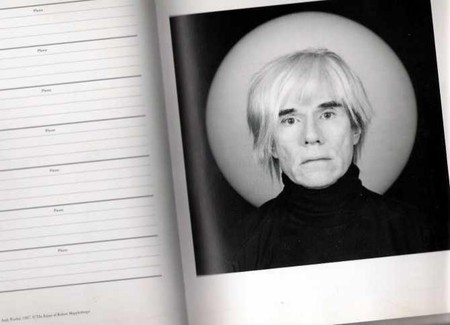 An aspect of 1970s/80s New York was the rise of the gay movement, and with it the more general freedom of sexual expression. With three female impersonators each proclaiming their hatred of men in their own way, Warhol’s satirical portrayal of the women’s liberation movement combines melodrama with farce. Jackie Curtis is a militant feminist, bossy and outspoken, who heads the organization P.I.G (Politically Active Girls) and wants men to realize “there’s something more beautiful in this world than that thing between your legs.” Holly Woodlawn is a model who claims to despise men, yet is a slave to her nymphomania. Candy Darling is an elegant heiress who can’t stop sleeping around in her relentless pursuit of fame. Every man in this film is empty-headed and primal, a caricature of the gender that the women’s liberation movement tends to paint. Among the more radical films of this generation, it provides a witty commentary on fame, gender expectations, and the true meaning of female liberation.

If the 1970s high met its match with a heroin infestation by the turn of the decade, this film both reveals the insidious NYC drug scene before the cultural boom, and foreshadows its eventual decline. Heroin controls every aspect of Bobby (Al Pacino) and Helen’s (Kitty Winn) lives, from using to dealing to trying to quit. Not only is this a portrait of Needle Park, but also of the dark side behind even the prettiest face in NYC. Even a clean-cut businessman is revealed to be Bobby’s criminal brother Hank, who accrues massive sums of money from burglary. Yet this film is not without its momentary bright moments, such as the scene in which Bobby and Helen purchase a puppy and plan on moving away from the city. However, the drug obstructs any hope; Bobby asserts Needle Park “is where I live, Helen,” forces her to shoot up, and the puppy is lost. This film tells the story of the addicts lying on benches and sleeping in diners, their mistakes, their regrets, and the lessons they never learn.

The first noticeable aesthetic choice in Taxi Driver is the music: saxophone in minor tones evoking a sleazy, sketchy feeling. From there, Scorsese takes the viewer on an extended cab ride through the filthy underbelly of the city. As different passengers control Travis’s (Robert de Niro) nightly journey and temporarily interrupt his loneliness, he fancies himself a vigilante who can save NYC from itself. While Travis wrestles with post-Vietnam trauma, his resentment of politician Palentine, and his crumbling psyche, all the diseases of the city rise to the surface. Men dump sugar on their food while prostitutes gamble in front of taxicabs, and the taxi driver is pushed to his limit.

Though remembered as a glitzy dance film, Saturday Night Fever is only as glamorous as the hazy, red disco dance floor which Tony (John Travolta) conquers every weekend. Tony’s excursions to the disco exemplify the spirit of teen rebellion – desperation to fit in and escape the reality that so many sought at the time. A memorable quote in the very beginning is, “you can’t fuck the future, the future fucks you,” a blunt, but almost prophetic statement of the decade. Tony learns as he grows up over the course of the film, no matter what, the reverie of a Saturday night, youth’s pardonable irresponsibility, and the rash choices made cannot continue forever.

Following a relatively unexplored topic at the time, An Unmarried Woman examines a woman’s recovery after her husband leaves her for a younger woman. Like most 1970s films, the dialogue is direct and provocative, featuring topics such as menstruation, older women dating teenagers, and depression. This film also delves into the concept of shifting gender roles, as the robotic businessman went out of style, and men were encouraged to show emotion. Martin (Michael Murphy) admits very early on that he is tired of being strong after society forced him into school, the military, a fatherly role, and Wall Street. Erica (Jill Clayburgh) is vulnerable and highly relatable from the outset, and viewers cheer her on as she gains strength to lead a newer, happier life in the relative unknown.

From the opening scene of Alfie Singer (Woody Allen) speaking to the audience directly about his pessimistic approach to love, something about this film seems different. Breaking the fourth wall is only one of the tactics this comedy uses, as the audience rides through the stages of a relationship between a morbid, finicky man and a free spirited woman who laughs at life (Diane Keaton). Aside from the Disney parody cartoon, subtitles exposing the lovers’ subtext, interviews of shallow couples on NYC streets, and Annie admitting her emotional unavailability by literally leaving her body, this film is much more than its quirks. It brilliantly presents the conflicting lifestyles of NYC and LA, represented by Alfie and Annie’s fundamental differences. New York is intellectual and productive, yet bitter; LA is sunny and lively, yet superficial. In the 1970s, as young people left school to become adults, it was up to them to decide which cultural hub they wanted to belong to.

Based on the acclaimed musical, this film makes its message clear from the beginning with the main cast of hippies ritualistically burning Berger’s (Treat Williams) draft notice in a cave. Although the Vietnam War had been long over by 1979, the U.S. was still dealing with traumatized veterans and a prolonged conflict with the U.S.S.R. Antiwar sentiments were still very much alive. In contrast to the rural, dim country road Claude Bukowski (John Savage) begins his journey on, NYC is painted as a burst of color and culture in perpetual sunset. It reveals a world opening up for a young man, a world that should not close because of the draft. With joyous music and natural choreography, Manhattan serves as the stage for this stirring adaptation.

Another facet of the city during the 1970s was its acting scene. Countless talented youths faced the dream of success, and the crushing burden it brought when attained. Fame depicts the pressures parents and professors heaped upon actors, musicians, and dancers as well as the pressure they placed on themselves. Through brilliantly-edited sequences of struggle and fun, this musical ultimately shows the sickness behind fame, and what rising stars will do to continue rising. For every beautiful dance sequence in the streets, there is a crushing tragedy: an actor’s sister is attacked by a junkie, a dancer struggles to read as he sits upon a trash heap under a bridge, and a beautiful singer strips for the camera. This is a coming-of-age film for the characters and the city; as a new decade arrived, everyone was forced to grow up. 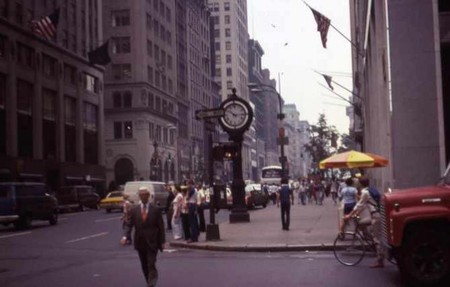 In his opening monologue, Wallace Shawn laments over NYC. Growing up in the music and life of the city, Shawn, now 36 years old, only thinks about money. This transformation befell nearly every student that once ruled the disco, art, or punk scene, realizing that even the gritty beauty they thrived in had to be put to rest. Adulthood means succumbing to money and simple pleasures, as Wallace argues, while Andre Gregory recounts his adventures with experimental theater in Poland and the extraordinary event he has made his life into. This film, though deceptively simple, is a significant conversation with no resolution, and an honest confession that 1970s NYC was living in a dream, pushing reality’s boundaries in a romantic, imperfect utopia.

A bizarre and disturbing depiction of the aftermath of the 1970s’ artistic awakening, this avant-garde film provides a glimpse into the artistic club scene, as well as the growing culture of models and writers struggling with success, failure, and heroin addiction. Fraught with dazzling makeup, filter shifts, aliens searching for heroin, and Annie Carlisle’s dual role of Margaret and Jimmy, the absurd glamour only further immerses the viewer in Manhattan’s radically-changing social climate.