The Top 13 Albums By Grace Jones

The extraordinary Jamaican model-turned-singer Grace Jones has had an innovative music career spanning more than four decades and her 10 innovative albums and countless compilations have had a palpable influence over many stars on the pop world, from Annie Lennox to Kylie Minogue and Lady Gaga. We list the dynamic diva’s most iconic records, from her early disco days to her pioneering new wave experimentalism. 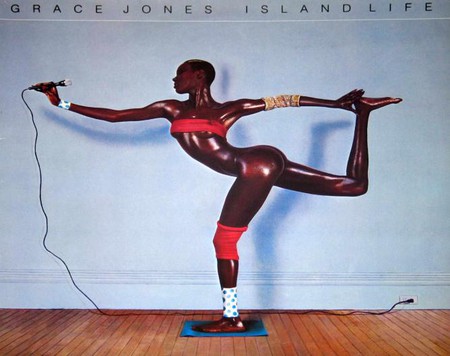 This compilation album released in December 1985 was a culmination of hits from the first nine year of Grace Jones’s musical career. Featuring songs mostly by her albums produced by Island Records, including Nightclubbing, Fame and Portfolio, it became one her best-selling releases. The record sleeve created by her then-partner, the French photographer Jean-Paul Goude, shows Jones in a gravity-defying pose and became one of the most famous images of the iconic trendsetter.

Grace Jones had only achieved moderate commercial success with her first three disco albums, so with her fourth release, Warm Leatherette, she reinvented herself both visually and musically. Blending reggae and rock, the album covers songs by The Pretenders, Roxy Music and Smokey Robinson among others. The album’s song co-written by Jones A Rolling Stone became the lead single in the UK.

Slave to the Rhythm

After Grace Jones took a short musical hiatus to focus on her acting, which included her starring in James Bond A View to Kill, she returned in October 1985 with her million-selling avant-garde album Slave to the Rhythm. As her biggest commercial triumph, the album’s eight experimental tracks ranged from funk to R&B with each interspersed with excerpts from an interview with Jones about her life. This album also spawned her biggest hit single of the same name.

Released in 1989 and co-produced by Jones’s then-husband Chris Stanley, Bulletproof Heart was the singers last album for nearly two decades when she released Hurricane in 2008. Loaded with synthesizers, drums and electronic percussions, the album featured the two released singles Love on Top of Love and Amado Mio, a song from the classic 1946 film Gilda.

After her modeling stint in New York, Grace Jones released her debut album in 1977 called Portfolio which marked her out as a serious disco diva. The album features both ballads and upbeat dance tracks, as well as spawning her first big hit La Vie en Rose, which was Jones’s own personal interpretation of French singer Edith Piaf’s original.

Arriving 19 years after her previous studio album, Jones took the world by storm in 2008 with comeback album Hurricane with which she proved that, even at the age of 60, she could still produce original sounds that were vivid, alluring and performed with show-stopping energy. 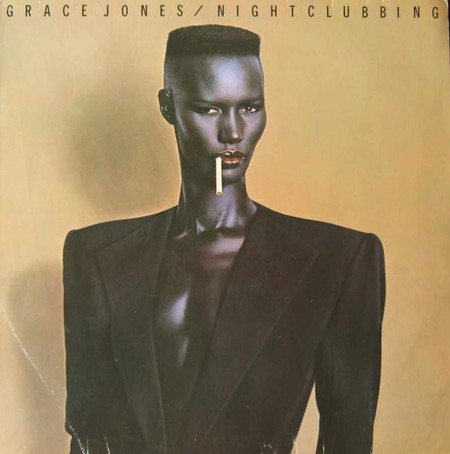 Released in 1981, Grace Jones’s fifth studio album Nightclubbing is a masterpiece of post-punk pop featuring nine tracks of mostly reworked covers of songs by the likes of David Bowie, Iggy Pop and Bill Withers. With its fusion of musical genres such as reggae and electronic, along with elements of blues, funk, new wave and even salsa, the album marked a move away from her previous disco work and became an instant hit in the US and across the globe. It featured her much-loved hits Demolition Man, written by Sting, and Pull up the Bumper.

The last of three albums recorded with Compass Points in the Bahamas, Grace Jones was clearly inspired by her Caribbean backdrop when she produced the reggae-orientated Living My Life in 1982. The album’s lead single was My Jamaican Guy which Grace penned herself mainly in Jamaican patois. She later revealed it was about Tyrone Downie of Bob Marley’s The Wailers.

Many argue that Muse was the best of Grace Jones’ early disco trilogy that includes Fame and Portfolio but, due to its release in a year of anti-disco sentiment, it never received the success it deserved. Although not a commercial hit, the album’s songs such as On Your Knees showcased Jones’ talent for tenacious vocals and irresistibly danceable tunes.

Released in 1986, Inside Story was Grace Jones’s first LP produced by Manhattan Records and explores various music genres of pop, elements of jazz , gospel and choir sounds, featuring the hit single I’m Not Perfect (But I’m perfect for You). The album was hugely hyped and commercially pedaled so that the avant-garde artist was catapulted into the limelight as a fully-fledged mainstream pop star.

Comprised entirely of recordings Grace Jones made at Compass Point Studios in the early 1980s, this double-disc anthology features an impressive 26 tracks with two unreleased cuts and a cover of Johnny Cash’s 1963 hit Ring of Fire. A music feast of Jones’ best material, the album was a party pleaser for both diehard fans and less-dedicated listeners.

After the success of her debut album, Portfolio, Grace teamed up once again with American disco don Tom Moulton to deliver the rapid follow-up, Fame. Side A of the LP was given over to a continuous musical medley, while side B featured an eclectic mix of songs such as an English version of the French classic Les Feuilles Mortes by Jacques Préverts.

For those who want to really indulge in a Grace Jones music marathon, her double-disc compilation album The Grace Jones Story released in 2006 compiles much of her best material from between her debut album Portfolio in 1977 and a one-off single Sex Drive in 1993. As an attempt by Island Records to create a comprehensive catalogue of her recording career, the 28 tracks bring together many of her signature 80s club singles such as Nipple to the Bottle and Pull up the Bumper but omits tracks from her hit album Slave to the Rhythm.