The Must-Reads For Every New Yorker

For every daring resident, New York City is an unraveling story. With millions of lives inescapably intertwining, a myriad of story lines and potential Oscar-winning screenplays are conceived every second of every day. Get comfy; here are eight books every New Yorker should read. 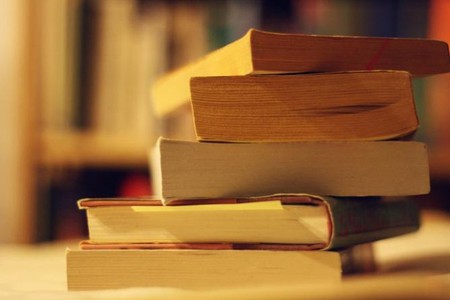 The Tenants of Moonbloom by Edward Lewis Wallant

This gem, published in 1963, is the heartwarming story of Norman Moonbloom. Eloquently delivered and almost frighteningly familiar, the story tackles a subject all too common to New York City folk: apartments. Though on its exterior Wallant’s work of art humorously dissects urban life, the intricacies of the characters within the story, specifically Norman Moonbloom himself, and the identities discovered therein make this tale as uplifting as its depictions are accurate. Next time you’re bummed about your rent, grab this book and fall in love with The Tenants of Moonbloom.

Brooklynites have always held a special allegiance to their borough. Nowhere is this more evident than in Jonathan Lethem’s Motherless Brooklyn. A crime story for the ages, the story follows a protagonist who suffers from Tourette Syndrome as he searches for the person responsible for his mentor’s death. Gritty enough to hold its own with crime novel royalty, this book is as much about Brooklyn as it is about crime. Though the story itself will entrance you as you adamantly try to solve it yourself, the extra layers and subliminal connections attributed to its setting, a fully exposed Brooklyn, catapults Lethem’s work into must-read territory. Find the killer and find a newfound love for one of New York City’s most famous boroughs.

The Gangs of New York by Herbert Asbury

Politics, gangs and blood already seal the deal for Herbert Asbury’s The Gangs of New York, but add to that the colorful characters that populate this non-fiction work, and you have yourself a jaw dropping true story to read. This anecdotal description of the Five Points neighborhoods in New York City and the subsequent battle for it, paints an immensely dangerous picture of what the best city on earth once looked like and the guts and glory that surrounded it. Dive into a world often overlooked by your everyday history book and discover a history so rich with emotion, loyalty and chaos, that you’ll find yourself appreciating the streets of New York unlike ever before.

Breakfast at Tiffany’s by Truman Capote

Truman Capote masterfully put together 150 pages of New York City perfection. His microcosm of life in New York City highlights the life of the famously glitzy socialite Holly Golightly—the perfectly imperfect embodiment of a girl more in the know and in the now than anyone around her. Capote’s critically acclaimed work illustrates, through Ms. Golightly’s greed-driven perils and adventures, one of the major personality flaws that many a New Yorker can relate to: the constant need for immediate gratification. What the novel delivers, when dissected accurately, is the portrayal of a sweet girl on a glamorous road to self-discovery set amidst the backdrop of an endearing 1950’s Manhattan. The film adaptation is also incredible.

Of course Fitzgerald’s literary classic is on this list. It’s probably on every literature list. But never has a book so magically grasped a time period and a city the way The Great Gatsby does. Nick Carraway, Fitzgerlad’s narrator, tells the harrowing story of the rise and fall of the mysterious protagonist, Gatsby, and the ominous events that begrudgingly encompass him. But literary glory and awards aside, what the novel also captures is a city at one of its finest hours thriving throughout the roaring 20s. Fitzgerald’s vivid story, underwritten by an elegant and eloquent portrait of a city shining bright is a must-read for so many reasons, but in this case, read it because it will make you jealous of a New York City that once was.

American Psycho was a novel well before it was major motion picture. If you only know ‘Patrick Bateman’ as portrayed by the actor Christian Bale, than you are sorely missing out. Bret Easton Ellis’ narcissistic and unapologetic narrative is as theatrical and intense as it is ridiculous. Set during the rise of Wall Street in 1980s New York City, the novel’s star player, Bateman, has his credibility constantly questioned by the reader as the plot develops. And as Bateman’s at first almost unnoticeable psychosis begins to materialize through his secret double life, a portrait of man living the right way and saying all the right things in 100-mile-per-hour New York City begins to come into serious question. Though some might reach for Bright Lights, Big City instead, American Psycho is a great read set in a greater city.

The Basketball Diaries by Jim Caroll

Before former Mayor Giuliani and the NYPD cleaned up the streets of New York City, it was frequented by some of the most eccentric and effervescent characters imaginable. Jim Caroll was one of those people, and the ordeal he went through, nay survived, illustrates a New York City that is frightening to believe once existed. The innocent honesty with which Caroll relates his adolescent years moves you to pull for him, and as his world begins to unravel in the drug filled underworld of Manhattan, the contempt that you begin to hold your once beloved city in might surprise you. But alas all is not lost, as a new found respect is eventually gained as well, as you begin to learn of the all too familiar bond one can have with a city. Jim Caroll’s The Basketball Diaries is for anyone moved by the spooky tale of what can, and did, happen to a lost boy in an even more lost city.

Another Country by James Baldwin

Race is a topic that has long been a part of New York City’s colorful history, and James Baldwin tackles it more realistically than most authors would dare to with his 1950s-set Another Country. Each character is somehow so raw and untarnished that it is impossible, even among their setbacks and flaws, to not relate to them on such intimate and profound levels. Exploring truth, love, pain, booze and sex, all within the confines of race, the story discusses the inhabitants of New York in a way so disarming, that it truly humanizes the tough city. Though Baldwin’s words one will certainly make you think, it will also make you appreciate everything you have.