Three decades ago, New York City was the heartbeat of two very opposing movements: state progression and state resistance. What better ways to examine these phenomena than through graffiti, one of the city’s native and most expressive art forms. We delve into the history and culture of the graffiti landscape in New York City.

Hip-hop is a very physical art form, much like the imposing architecture of Manhattan. Yet graffiti sings a unique tune that attempts to contradict America’s mantra of capitalism and opportunity. It is a cry of resistance as much as it is a signal of distress. Graffiti is born from a sensory-based mode of expression created by the impoverished; the images are to be felt on a visceral level. It hopes to elicit a discordant response, much like the visual blight caused by poverty and inequality. 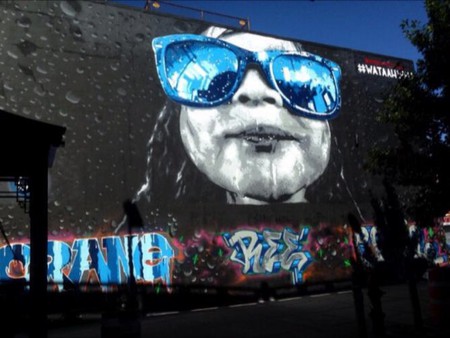 As New York City gentrifies, the physical nature and semantics of graffiti obscure, straying from specifically countercultural roots. If poverty is beginning to scatter within the shadows of commerce and prosperity, what happens to its physical counterpart? How do these corresponding images of present day graffiti challenge or mirror this trend? How much can be drawn from Spike Lee’s caustic ripostes? 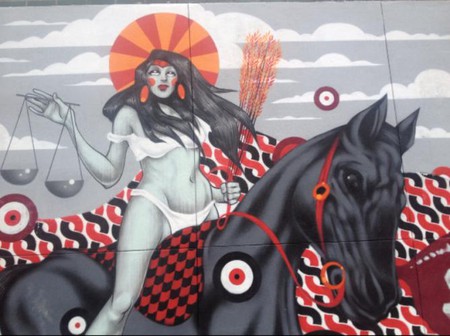 Either way, it’s undeniable that graffiti has willingly or unwillingly reached the mainstream. The harbingers seem influenced by the culture it claims abandoned them. The seminal works of Jean-Michel Basquiat draw fair comparison to his Western antecedents.

New York City’s mounting financial influences become aware of themselves through meta-artistic avenues. Graffiti almost finds itself as an obfuscated form of expression when its anti-establishment tones are lauded by the principles of order it raged against. The quark that enables the state to choose fascination in lieu of censorship can be framed by America’s culture of consumption. 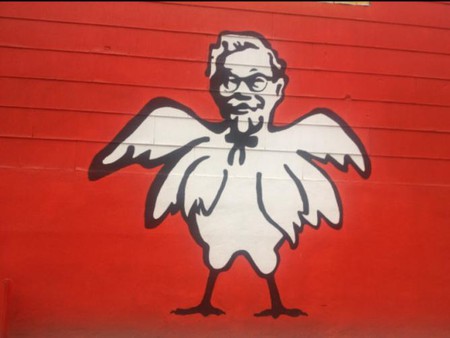 Hedonism can be used to describe this cultural fascination with the rebel graffiti artists, but edification comfortably follows that supposition. Exhibitions at The Bronx Museum of Art explored this and it can’t escape artful irony. The piece naturally questions the public’s autonomy every time graffiti appears in the borough, sprawling with the still extant art form. In fact the exhibition explores the origins of the graffiti in the Bronx.

As the counterculture intertwines itself into the mainstream’s landscape, some of those complexities must be addressed. Basquiat did indeed use Western techniques of expression to illustrate his grievances with it (although he may not have had many other options). Whether he aimed to tear down the structures that surrounded and affected the poverty around him or join them is of little consequence in a city that commodifies everything it finds provocative and intriguing. 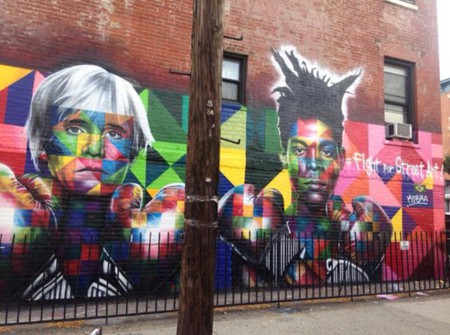 Today, hip-hop is one of the biggest examples of the counterculture hitting the mainstream in ways that continue to inspire and mystify. Jay-Z referencing both Tom Ford and Basquiat on the same album through a streamlining trope of rebellious opulence is a testament to the city’s relentless conflation of itself like a black hole.

Nonetheless, graffiti’s ascension into the sphere it continues to critique gives a voice to the politically and socially marginalized classes, even if it falls on the ears of a demure audience.