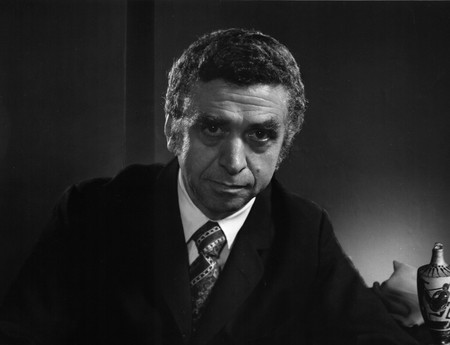 Known for his draped evening dresses and silk chiffon gowns, New York-based Greek fashion designer George Stavropoulos found inspiration in ancient Greek sculptures. In business for nearly 40 years, he made a name for himself in the 1960s, though he was already well known in his home country. His designs, which ‘show everything without showing anything,’ are still praised today. 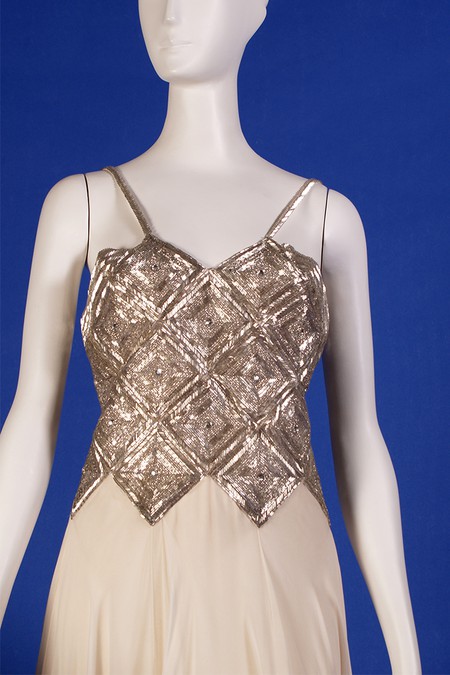 Born in Tripoli, Greece, in 1920 in a family of ten children, Stavropoulos had always been interested in painting and sculpture and was known as the artistic child in his family. He made his first design for his sister when he was a teenager. This hobby turned into a passion, and he quickly started studying the art of designing clothes through books and spending countless hours in museums. He later got his first job as a costume designer for theatrical productions.

Later in 1949, he opened his first atelier on Nikis Street, near Syntagma Square. He hired the best seamstresses and spent hours learning the proper sewing techniques with them. Within three months, he became one of the most sought-after designers in town. With time, he developed contacts throughout Europe, including Paris. Fiercely independent, he even refused a position at Christian Dior.

After his union with Nancy Angelakos, who worked at the United States Embassy in Greece, they moved to New York. Unable to find a job with an established designer, he decided to open his own atelier. And so he rented out a small apartment on 57th Street and hired two seamstresses to help him. 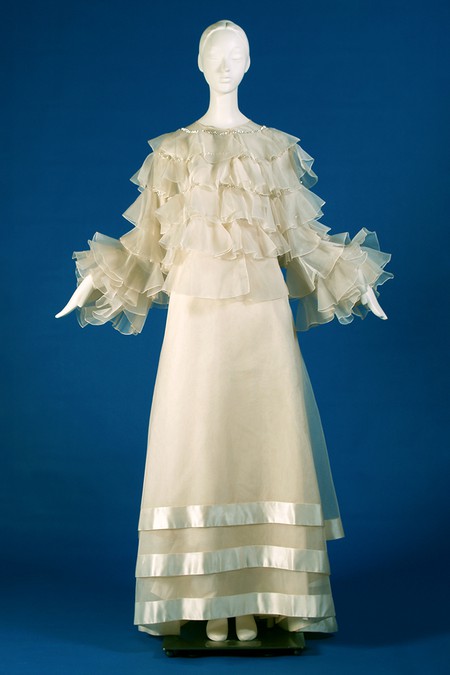 Unfortunately, his first collection of 25 pieces were stolen, forcing him to start from scratch. But as the strong-willed man that he was, he refused to give up and re-created each piece. In 1961, he launched his first fashion show. Despite a positive reception, his line was a complete failure, and he struggled for two years, though he acquired many affluent private customers such as Elizabeth Oxenberg, former princess of Yugoslavia, Evangeline Gouletas, and Yveta Graf.

In 1963, he was ready for another chance to conquer the ready-to-wear market and succeeded. By 1965, his designs were also sold on Fifth Avenue. And though he was using different textures and fabrics (cashmere, tweed, jersey, and mohair), it was his silk chiffon dresses that Americans particularly loved. During that decade, his customer base expanded and included Jacqueline Kennedy Onassis, Elizabeth Taylor, Barbra Streisand and opera singer Maria Callas. This success allowed him to move to a bigger atelier located at 16 West 57th Street.

It is at that time that he received one of the most important calls of his life. First Lady Claudia Alta ‘Lady Bird’ Johnson wanted to meet him. And this meeting sealed Stavropoulos’ recognition as a designer. 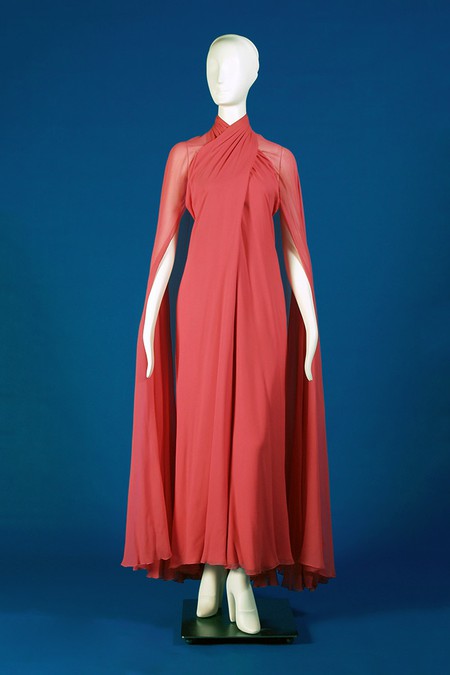 And though he created many different pieces, his silk dresses were still the center of attention. Constantly influenced by Greek heritage, Stavropoulos even designed short looks, based on the traditional tunics worn by Evzones. In 1969, he also introduced trousers, nicknamed ‘goddess pants,’ as they were long, lightweight, and flowy. For Stavropoulos, clothes had to be as fluid as possible.

Later on, the feminine look of the 1970s matched perfectly with Stavropoulos’ designs and aesthetics, and his business continued to enjoy major success. He started emphasizing his floating silk dress with scarves and accessorized his collections with poufy sleeves. He started playing with handkerchief hems, slinky cuts that accented the legs, and one-shoulder necklines.

By the 1980s, the shy designer’s popularity had grown, and his collections were available in stores, such as Martha’s, Neiman-Marcus, and Evelyn Byrnes, all over America. His creations also started to attract younger customers. And most naturally, his designs reflected this new dynamic, with more playful silhouettes, short dresses, and suits.

But at the end of his career of nearly 40 years, his lines were back to classic designs, and he created elegant garments made to make women look soft and feminine. Never wanting clothes to be too tight on women, his Grecian-inspired looks were the basic foundations of his fashion empire.

Stavropoulos remained in charge until shortly before his death in 1990, and one year later, the company closed and rightly so – it would have never been the same without him.