The Story Behind 'Salvator Mundi', The Most Expensive Painting Ever Sold 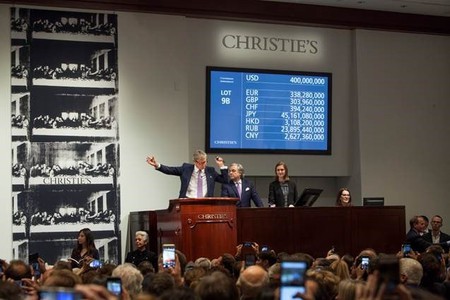 Christie’s made history in New York last week when Salvator Mundi became the most expensive artwork ever sold at auction. One of less than 20 known pieces attributed to Leonardo da Vinci, the mysterious painting obliterated all previous records with a winning bid of $450,312,500. As the art world reeled from the news, some historians debated its true provenance, while international headlines questioned the colossal price tag. 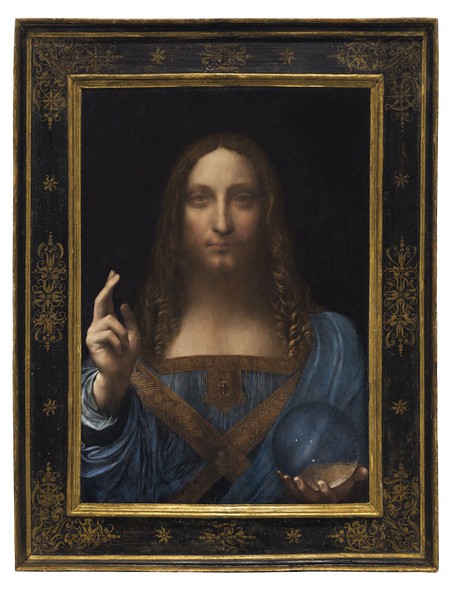 What we know is this: Salvator Mundi (“Savior of the World”) was likely painted sometime around the year 1500. It is believed to have been commissioned by the French Royal Family, and subsequently created for King Louis XII of France and Anne of Brittany.

In the first quarter of the 17th century, it’s speculated that the painting went to England with Princess Henrietta Maria of France, who was due to marry King Charles I. According to Christie’s timeline, Salvator Mundi likely hung in her private chambers until, in the anticipation of war, she fled England in 1644. The king would be executed in 1649.

That same year, a parliamentary decree called for the sale of royal property to pay off the late king’s extensive debts. The painting was subsequently sold to an architect named John Stone for a mere £30. It was returned to court in 1660 when Charles’ heir was restored to the throne. There it stayed, passed down through the reigning families for the next century until, somewhere in the late 1700s, it fell off the radar for 200 years.

In 1900, the canvas resurfaced in the London-based Cook Collection. By this time it had been extensively overpainted and attributed to Bernardino Luini, a follower of da Vinci. When the Cook Collection consigned the painting to a Sotheby’s auction, it sold for £45 to an unknown buyer.

In 2005, the painting was discovered at a local auction in the United States by New York-based art dealer Alexander Parish. He paid $100,000 for the artwork, which according to Christie’s “masquerad[ed] as a copy” (several painted reproductions are known to exist). Curious about the canvas’s history, Parish embarked on a project of thorough research and documentation, ultimately sending it for restoration in New York City.

After extensive research was conducted by curators at The Met, Salvator Mundi was transferred to The National Gallery in London for a comparative examination alongside The Virgin of the Rocks, an authenticated painting by Leonardo da Vinci from around the same time. The authenticity of the piece was eventually confirmed by Vincent Delieuvin at the Louvre, Paris.

“The extraordinary quality of the picture, especially evident in its best-preserved areas, and its close adherence in style to Leonardo’s known paintings from circa 1500, solidifies this consensus,” wrote Christie’s. Upon its authentication, Parish privately sold it for upwards of $75 million to Swiss businessman and art dealer Yves Bouvier.

Bouvier flipped the painting for $127.5 million to Russian billionaire Dmitry Rybolovlev. From Rybolovlev’s hands, the painting would hit the auction block at Christie’s New York on November 15, 2017, where it would sell to an anonymous buyer for the highest price ever paid for a work of art. The monumental sale raised eyebrows and questions, like how any work of art could accrue such extreme value, and just how certain is the painting’s attribution to Leonardo da Vinci?

“This stunning price reflects the extreme rarity of paintings by Leonardo da Vinci — there are fewer than 20 in existence acknowledged as being from the artist’s own hand, and all apart from Salvator Mundi are in museum collections,” Christie’s noted following the landmark sale. But in its wake, art historians, critics, dealers, and collectors continue to debate.

“I don’t believe the attribution to Leonardo is correct,” Todd Levin, a curator and art advisor at Levin Art Group, told The Guardian. “Nobody can definitively prove that with any veracity, unless a new, probative piece of evidence could significantly change this.” Rather, Levin stated his belief that the painting is more likely the work of Giovanni Boltraffio, a student of Leonardo da Vinci’s.

Communicating a similar sentiment, art critic Jerry Saltz wrote: “I’m no art historian or any kind of expert in old masters. But I’ve looked at art for almost 50 years and one look at this painting tells me it’s no Leonardo. The painting is absolutely dead. Its surface is inert, varnished, lurid, scrubbed over, and repainted so many times that it looks simultaneously new and old.”

In the same article, Saltz also noted the oddity of an early 16th-century painting featured in an auction of modern and contemporary art. “A well-known expert in the field leaned over and asked me a question. ‘Why is a Leonardo in a Modern and Contemporary auction?’ Before I could say, ‘Yeah! Why?’ he answered, ‘Because 90 percent of it was painted in the last 50 years.’ He’s right,” Saltz continued, before rattling off a number of flaws in the artwork’s restoration—all of which make the starting bid ($100 million), heated 20-minute bidding war, and final price point even more bizarre.

This is where several critics applaud the true masters at work: Christie’s. “Many have attributed the auction success of Salvator Mundi to a triumph of marketing as much as market appetite,” wrote Hannah Ellis-Petersen and Mark Brown.

The strategic decision to offer the work in a modern and contemporary sale “put Salvator Mundi in front of the wealthiest and keenest buyers and seized upon the momentum in the high end contemporary art market, where paying millions for works has become the norm,” they continued. “They also toured the painting around the world, generating enormous global hype, and billed the auction as a ‘once-in-a-lifetime sale’.”

A few days ago, artnet’s Tim Schneider attempted to “psychoanalyze the buyer of Leonardo da Vinci’s Salvator Mundi,” ultimately proposing that “Salvator Mundi’s new owner is an individual—one for whom the value of owning the world’s most expensive artwork outweighs literally everything else.”

Schneider’s seriously thought-out hypothesis traced each of the factors at play, from the fact that bidding continued for $133 million past the previous record, set by Ken Griffin who purchased Interchange by Willem de Kooning for $300 million, to the victorious buyer’s strange decision to drive the winning bid up by $30 million for no apparent reason.

“In the taxonomy of the class of buyers I call COINs (Collectors Only In Name), I’d refer to this individual as a Stockpiler: Someone who views paying a stratospheric price for a single work as more important than the possibility to turn a profit on it later,” Schneider concluded.

One thing is clear: the peculiar tale of Salvator Mundi will not soon be forgotten. But it also shines a blazing light on this side of the trade. Do major collectors even care about the art?