A Brief History of the Christmas Tree in Rockefeller Center 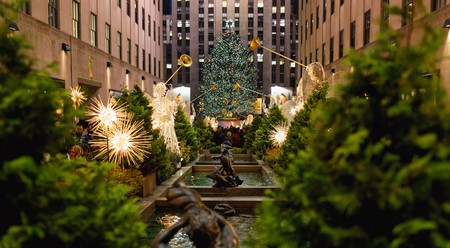 The Rockefeller Center Christmas Tree has served as a beacon of hope and prosperity for millions each holiday season since its humble beginnings amid the Great Depression.

In December 1931, the United States and the majority of the world were feeling the effects of the Great Depression. While trying to survive and provide in the wake of the 1929 stock-market crash, when every penny counted, a group of construction workers in New York City pooled their money together to make a purchase. It wasn’t food. It wasn’t clothes. It wasn’t fuel.

Instead, they bought a Christmas tree to stand on the site of Rockefeller Center, which was just starting to be constructed in Midtown Manhattan. The 20-foot-high (6 meters) balsam fir, adorned with home-made garlands from the workers’ families, served as a symbol of hope and optimism during the dire financial and economic times. 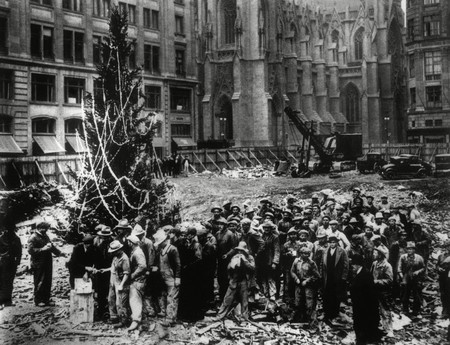 Little did these workers know that their Christmas tree would spur a new tradition. In 1933 a Rockefeller Center publicist initiated a tree-lighting ceremony, which has taken place at the plaza between West 48th and West 51st streets and Fifth and Sixth avenues ever since. 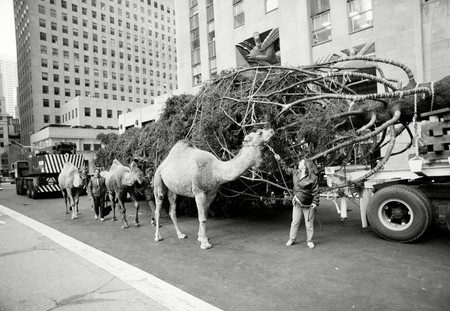 NBC has broadcast the Rockefeller Center Christmas Tree Lighting Ceremony nationally since 1951. The event, held the week after Thanksgiving, is free and open to the public on a first-come, first-served basis. The tree welcomes millions of visitors annually through the holiday season and new year, remaining on display into the first week of January. 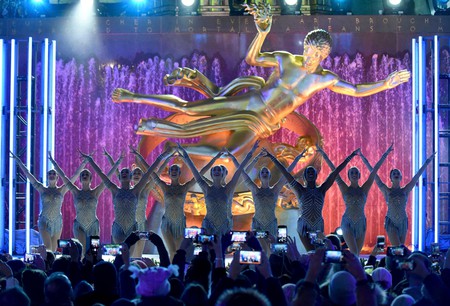 The tree, typically a Norwegian spruce ranging in height from 60 feet to 100 feet (18-30 meters), is adorned with five miles (eight kilometers) of multicolored LED lights and ornaments and, as of 2018, is topped with a star that comprises 3 million Swarovski crystals. 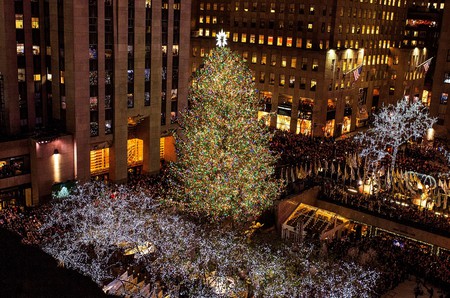 Finding the iconic tree each year is up to the due diligence of the Rockefeller Center head gardener. Erik Pauze, who has held that title since 2010, constantly scours the region, visiting nurseries as well as fielding tips and submissions provided by homeowners. Pauze keeps an eye on potential candidates throughout the year − seeing how they fare as the seasons change − while feeding and watering the trees regularly. He makes his final decision in September, and the winning tree, which is donated by its owners, is transported to New York City in October for its big debut.

After the tree has fulfilled its duties at 30 Rockefeller Plaza, it is taken down, milled, treated and made into lumber to be used for homebuilding. The lumber has been donated to Habitat for Humanity since 2007.

This article is an updated version of a story first created by AJ Samuels.