The Past and Present of Christopher Street, the Home of Pride

Greenwich Village has always been a non-conforming nook, with a layout that ignores the city’s grid system and residents who paved the way for social justice. Fifty years after the Stonewall Riots, the directors of the New York City LGBT Historic Sites Project reflect on the historical significance and enduring appeal of the Village’s Christopher Street.

Jay Shockley and Ken Lustbader, co-directors of the New York City LGBT Historic Sites Project, have been frequenting Christopher Street since the 1970s and ’80s. “I think Christopher Street is a pioneer of love because it really tells a story of people’s needs to connect,” says Lustbader, whose first date with his husband was at a restaurant called David’s Pot Belly Stove, once situated at 94 Christopher Street. 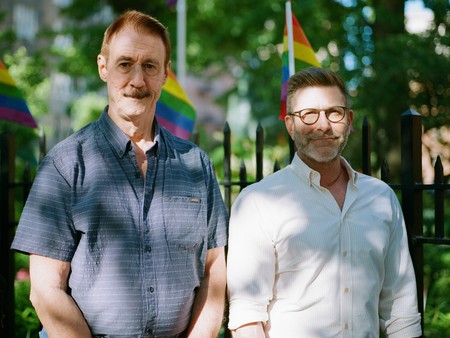 In decades past, homophobic attacks were common in NYC, and Christopher Street offered strength in numbers. The entire thoroughfare, from the piers, where trans and gender non-conforming teens congregated, to the PATH train at West Ninth Street, was lined with gay-owned and gay-friendly businesses. Many doubled as spaces where the community would come together and organize activism efforts.

Christopher Street was the site of the 1969 Stonewall Riots, a clash between the New York Police Department and patrons of The Stonewall Inn. While this wasn’t the first gay rights protest (Shockley calls that notion “a total myth,” adding that “[t]here were very serious people throughout the 1950s and ’60s that were doing a lot of legwork”), it was a rallying cry that helped ignite a global LGBTQ rights movement. 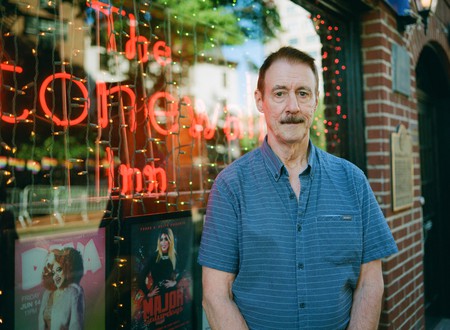 In the ’90s, the devastation of the AIDS crisis coupled with rising rents caused a shift that would edge Christopher Street towards its modern incarnation: LGBTQ in spirit, if not demographically. Neighborhoods change fast in this city, but thanks to efforts by Shockley, Lustbader and their colleagues, the site of the Stonewall uprising is now a designated National Historic Landmark.

“Even if the stores change ownership, even if The Stonewall Inn closes, even if there are no gay people living in the Village any longer,” says Lustbader, “as long as that is still a monument, people will understand that Christopher Street was a really important place, before and after Stonewall.”