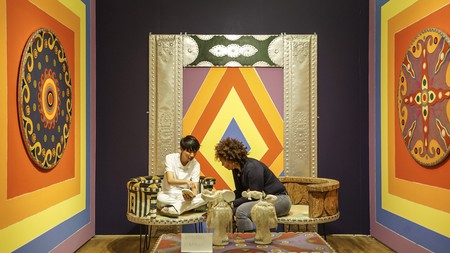 The Outsider Art Fair is back at the Metropolitan Pavilion in New York City with more exhibitors than ever before.

The 2018 edition of the Outsider Art Fair returns with a wealth of artworks by self-taught artists both familiar and new. Boasting 63 international exhibitors—the highest number in the fair’s 26-year history—this year’s event showcases paintings, drawings, sculptures, photography, and beyond. 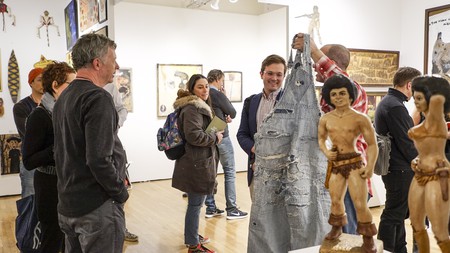 Dedicated to the exhibition (and sale) of artworks created by self-taught artists, the Outsider Art Fair is rooted in what the celebrated French painter and sculptor Jean Dubuffet (1901–1985) called art brut (“raw art”): art “unscathed by artistic culture” and unconfined by “the conventions of classical or fashionable art.” In other words, art made out of pure passion for one’s craft.

From 19th and 20th-century Plains Indian ledger drawings to 21st-century stained glass lightboxes from Scotland, this year’s fair runs the gamut; and unsurprisingly, a number of artworks showcased within the Pavilion are decidedly political. 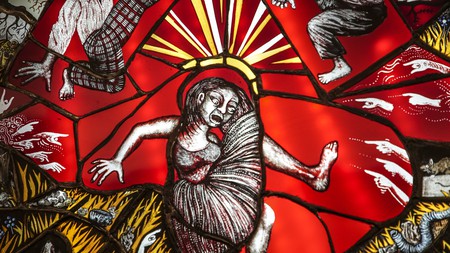 Perhaps the most highly anticipated booth has been Onward, a special project showcasing three tightly packed walls of feminist art from an open call announced just weeks before the fair’s opening.

“On the one-year anniversary of the Women’s March, we invite artists, professional and non-professional, to share their vision for the future of women,” read the announcement. “All artists—no matter their background, reputation, level of success or anonymity—are invited to contribute a work.” 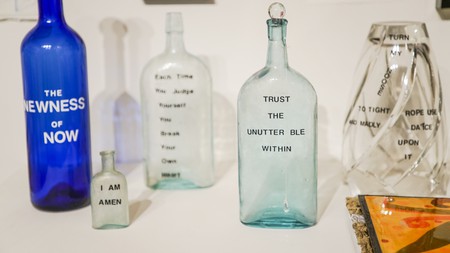 Each featured submission was a two-dimensional artwork no larger than 16 by 20 inches, and each communicated the artist’s vision for the future of women. Of the 200 artworks curator Jamie Sterns received, 150 are exhibited, by men and women from all over the world. 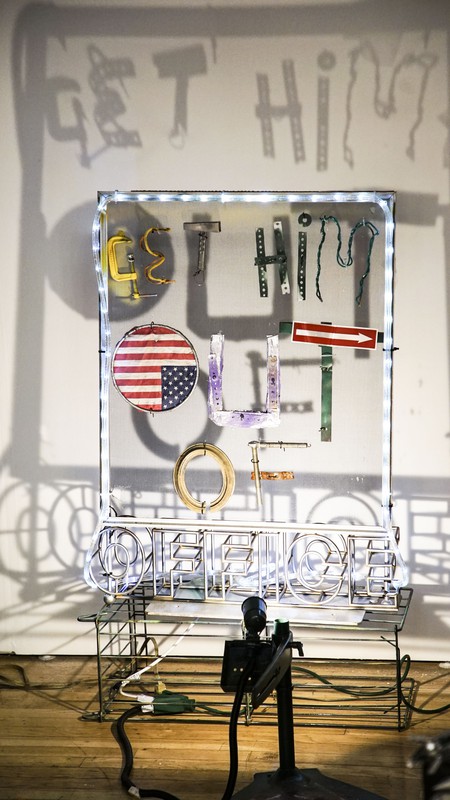 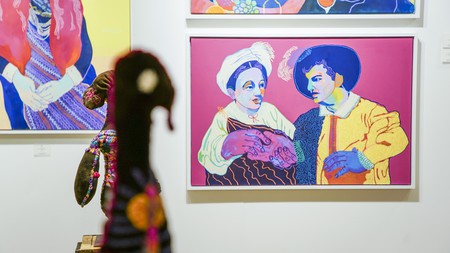 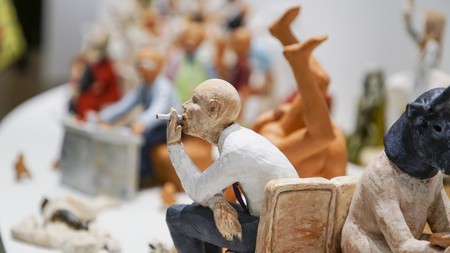 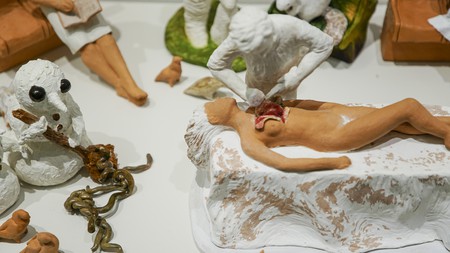