The Nicholas Roerich Museum: A Hidden Gem In NYC

There are many ways of getting to know an artist in today’s day and age – books, the Internet, Google Cultural Institute, art publications, and so on. But the best way of all remains to see the art in person. Furthermore, seeing works of art in the artist’s studio or their own home allows for a distinctly personal connection. Take a closer look at the Nicholas Roerich Museum – a lesser-known cultural gem in New York City. 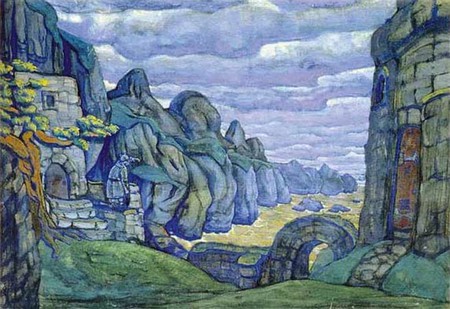 A native of Saint Petersburg, Russia, Nicholas Roerich (1874-1947) led a prolific, nomadic life. In 1929, following the Russian Revolution, he settled in New York where his admirers built the palatial row house on West 107th Street in Morningside Heights. The house, now a museum, allows visitors to wander through decorated rooms on the second and third floors. The welcoming rooms are also used for concerts and poetry readings. 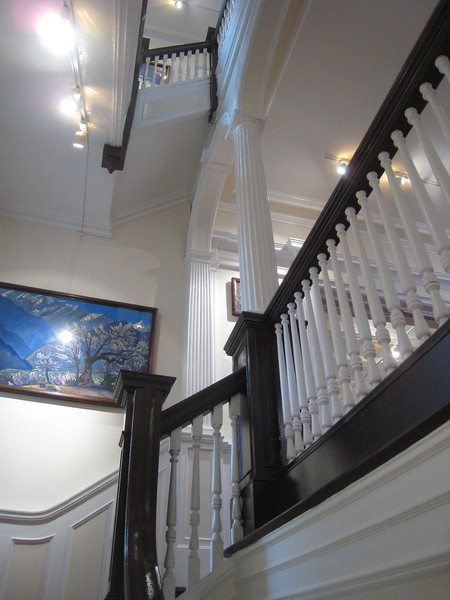 Roerich was not only an artist but also an amateur archeologist, teacher, and peace activist nominated for the Nobel Prize. Roerich brought back from his travels Buddhas, icons, paintings of Krishna, and images of the Virgin Mary, which peacefully coexist on the same shelves. The Roerich Pact, a post-World War I/pre-World War II treaty designed to protect the ‘neutrality, protection and respect’ of cultural institutions, was signed by the United States and other Pan-American nations. Many of the pact’s doctrines live on in organizations such as UNESCO and the World Monuments Fund. 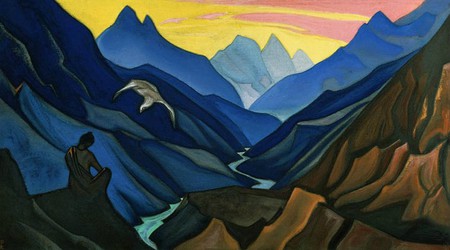 Roerich first came to prominence as a member of an artistic collective known as Mir iskusstva (The World of Art). The leader of this movement, Serge Diaghilev, was the curator, theatre producer, and editor of Mir iskusstva’s journal from 1899 through 1906. Initially considered avant-garde because of its rejection of the realism prevalent in late 19th-century Russian art, Mir iskusstva favored dreamlike, sensuous depictions of ancient Russia. The museum recently acquired two of Roerich’s Northern Life sketches from the majolica frieze decorating the façade of the ‘Russia’ Building in St. Petersburg. The medieval soldiers’ armor, armaments, and formations are favorite Roerich motifs. 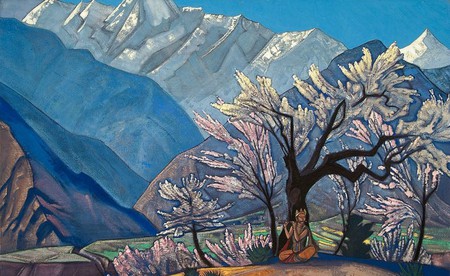 Upon entering the museum, visitors may miss one of Roerich’s most celebrated depictions of early Russia. Hanging on the entrance’s immediate right wall are his costume sketches for the Polovtsian Dances from Alexander Borodin’s opera Prince Igor (1887). Diaghilev took his Ballets Russes, an ambitious alternative to traditional, royally sponsored/sanctioned Russian ballet, to Paris. He also brought Roerich’s Prince Igor’s brightly colored costumes for the Act I (or Act II, depending on which version is performed) finale, which the museum has from a 1943 production. Ballets Russes’ influence on choreography, original music, stage picture and fashion (both in terms of clothing design and in popularity among the rich, aficionados, and intelligentsia) was – and remains – considerable.

Due to the combined chaos of World War I, the Russian Revolution, and Ballets Russes’ precarious, nomadic existence, the company’s archives have been scattered throughout the world. The largest holdings are in London’s Victoria and Albert Museum and Hartford, Connecticut’s Wadsworth Atheneum. Still, hanging over a fireplace is Roerich’s backdrop for Le Sacre du printemps (The Rite of Spring). The ballet became its own legend in 1913 when the opening-night audience rioted over Igor Stravinsky’s rhythmically primate score and Vaslav Nijinsky’s awkward fusing of modern and character dance. This painting of the rough settlement where the human sacrifice takes place is from a 1930 production re-choreographed by former Ballets Russes star and Ballet Master Leonide Massine. 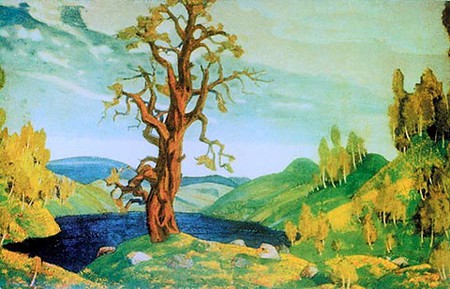 While these holdings alone are enough to satisfy a ballet or opera lover, they represent a fraction of the museum’s collection. There are portraits of family members, saints, decorative panels, and breathtaking landscape paintings from Roerich’s travels.

They could be mistaken for Roerich set designs.

Patricia Contino received her MFA from The New School Writing Program. She uses vacation time either at performances in other cities, The University of Iowa Writing Festival, or very long nights at the Metropolitan Opera. The lifelong NJ resident and fangirl is the administrator for Columbia University’s Masters of Bioethics Program.