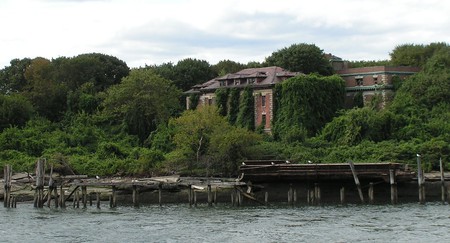 New York City is a juxtaposition of old and new; a city where modern skyscrapers are set aside historic buildings dating back to the 1600s. There exists pockets of NYC where ghosts lurk, and on the forgotten island of North Brother—resting between the Bronx and Rikers Island—a haunted past remains.

Back in the 1880s, North Brother Island was purchased to house the Riverside Hospital where patients with contagious diseases were meant to be treated. Of the many people to arrive at Riverside, the most famous was Mary Mallon, who would go down in history as “Typhoid Mary” and, according to Atlas Obscura, carry the “unfortunate distinction of being the United States’ first documented asymptomatic carrier of the bacteria that causes typhoid fever.”

Typhoid Mary, who had worked as a cook in New York before being quarantined on North Brother Island, was seemingly in perfect health. Later tests proved though that Mallon carried the typhoid bacteria that had infected seven of the eight families she had worked for. Refusing to believe that she was in fact ill, Mallon left Riverside Hospital and continued to cook, only spreading the disease further. In 1915, Typhoid Mary was forcibly quarantined once again, living out her days on North Brother Island until her death in 1938. 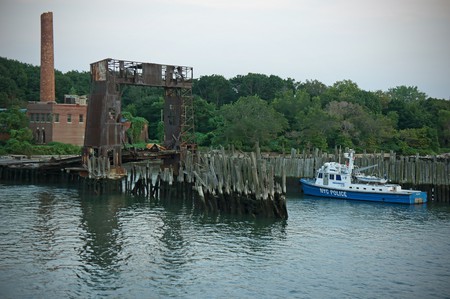 After Mallon’s death, Riverside Hospital shuttered its doors until the Second World War, when the hospital sprang back to life to house war veterans. In the 1950s, after the war, Riverside Hospital was reincarnated once more as a drug treatment facility for heroin addicts who were allegedly locked in rooms until they were clean. By the 1960s, Riverside Hospital had run its course, becoming corrupt and eventually being forced to close.

Today, the remains of Riverside Hospital are left to the elements on North Brother Island. The hospital’s ruins—once teeming with life—are now eerily deserted, wrapped in overgrown shrubbery and enveloped by the woods. North Brother is inaccessible to visitors today, with NYC Parks only granting access to the island for researchers and, on occasion, press.

As the endless flow of New York life builds up around North Brother, the island serves as an endless reminder of the ghost of the city’s past.