The Most Instagrammable Places in New York 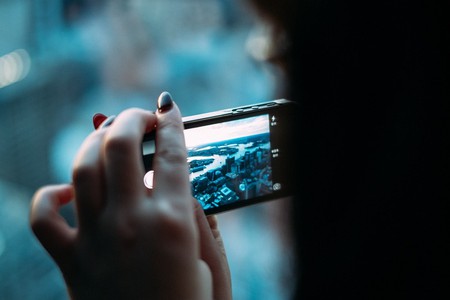 One of the most famous cities in the world, New York has been photographed from every angle. Up your Instagram game by snapping shots of New York’s classic sights, along with a few you won’t find in any guide book. Ready your camera: here are the most Instagrammable places in New York.

Even if you’ve never heard of this DUMBO (that’s Down Under the Manhattan Bridge Overpass) street, you’re sure to have seen it in countless ‘grams. On Washington Street between Front and Water Streets, brick buildings provide a perfect frame for the site’s main attraction, the Manhattan Bridge.

I have met a ton of people from all over the world on Instagram. It’s actually my favorite part of this platform. And I get a lot of DM’s from people asking me how they can spend some time living in New York City for an extended period. And my response? By finding an internship with @theinterngroup, of course! … It’s a great way to be able to live in New York City and gain professional experience at the same time! Click on the link in my bio for more information!

You may recognize Grand Central Terminal from its appearances in films including North by Northwest and The Avengers. Take your chance to play director when you select the perfect vantage point to capture the elegant atmosphere, iconic landmarks, and bustling energy of this famous site.

Jump for Joy at the Museum of Sex

An off-the-beaten-path pick that’s sure to rack (no pun intended) up the likes can be found at Manhattan’s Museum of Sex. National Fairground Archive and Bompas & Parr collaborated to create Jump for Joy, a viral interactive installation which the museum describes as a ‘bouncy castle of breasts’ and attendees recognize as Instagram gold.

This 22nd-floor rooftop bar attracts as many Insta-users as drinkers, thanks in part to its trendy Williamsburg address. However, the true star of the show (or, shot) at The William Vale’s Westlight is its sweeping vista of New York City, encompassing Brooklyn, Manhattan, and more.

greatest city in the world😍🌞 #nyc

No disrespect to the food, but the decor is the real reason to visit Panna II Indian Restaurant. Hundreds of string lights transform this East Village establishment into what New York Magazine has described as ‘a one-room Mardi Gras’. Bring your own drinks (it’s BYOB), and pose for a picture at the Internet’s favorite Indian eatery.

Head to one of the oldest streets in New York City to feel like you’re in Europe. Stone Street in Manhattan’s Financial District features a cobblestone road lined on either side with neighborhood taverns. After orchestrating the perfect shot, reward yourself with a drink at one of Stone Street’s watering holes.

If you leave New York City without photographing the Brooklyn Bridge, did the trip even happen? Just to be safe, visit this global icon (the earlier the better) to secure a shot of its mind-blowing architecture and skyline views.

At this luxury department store, even an ordinary staircase is transformed into something covetable. Come to Barneys for designer items from Chanel and Prada, and stay to pose for a picture on the store’s gorgeous winding staircase.

What goes around comes around ⚪️

You’ll have to wait until the holiday season for the return of New York’s Holiday Nostalgia Trains. Photographers of both the professional and amateur varieties come out in droves for this annual occasion, when a fleet of vintage subway cars dating as far back as 1932 are dusted off for modern-day riders, many of whom choose to sport vintage fashions.

NOMOFOMO WHAT: The Holiday Nostalgia Trains are back! Take a trip back in time… “the train is "made up of subway cars in service from 1932 until 1977. Ceiling fans, padded seats and incandescent light bulbs were state-of-the-art when these cars were first placed in service.  Many New Yorkers bear fond memories of the trains, which served the lettered lines throughout the system. However, with the cars having been out of service for more than 30 years, many New Yorkers have never experienced the charm of wicker seats and ceiling fans". WHERE: They run along the F line between 2nd Ave and Lexington Avenue / 63rd Street and via the Q line between Lexington Avenue / 63rd Street and 96th Street on the Upper East Side. WHEN: TOMORROW and every Sunday leading up to Christmas (Nov 26th, Dec 3rd, 10th, 17th, and 24th). *Departs from the 2nd Av subway station on the F line at 10am, 12pm, 2pm, and 4pm and from the 96th Street subway station on the Q line at 11am, 1pm, 3pm, and 5pm. FEED INSPIRATION: #holidaynostalgiatrain 📷: @istillheartnewyork

The average business in Manhattan’s Chinatown couldn’t be described as photogenic, but there’s nothing average about Magic Jewelry. Here, locals, tourists, and celebrities alike come to have their aura interpreted and photographed, walking away with a colorful polaroid portrait just begging to be shared on Instagram.