The Most Historic Hotels in New York City 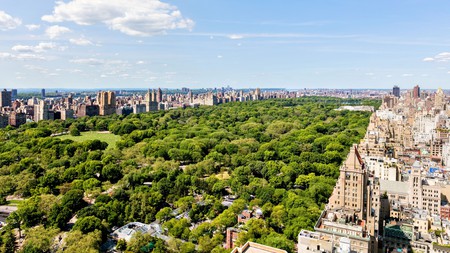 If walls could talk, these classic New York City hotels would have a lot to say. Discover the stories of this city’s fascinating past and join the ranks of noteworthy guests – from the Beatles to Audrey Hepburn – with a stay at one of these historic hotels in New York City, bookable with Culture Trip. 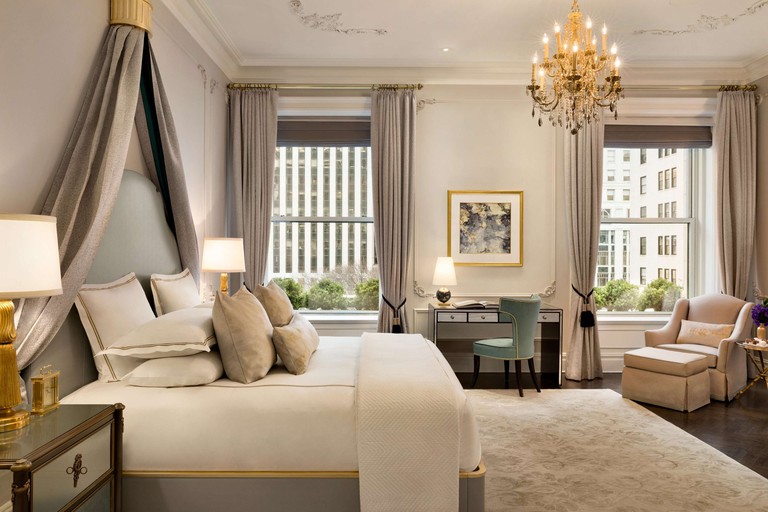 Courtesy of The Plaza Hotel / Expedia

It’s been said that “nothing unimportant ever happens at the Plaza.” Whether that’s true or not, this historic New York City hotel has certainly become one of the city’s most recognizable symbols and has hosted countless legendary guests including the Beatles, John F. and Jackie Kennedy and Marilyn Monroe. Overlooking Central Park, it’s also set the stage for numerous films such as Sleepless in Seattle (1993) and Home Alone 2 (1992). 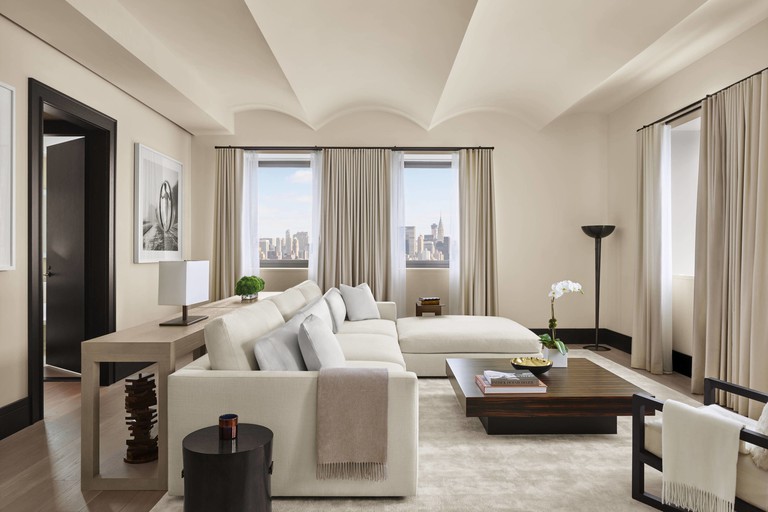 Courtesy of The New York EDITION / Expedia
Once the headquarters of the Metropolitan Life Insurance Company, the historic New York Edition is now one of the trendiest hotels in Manhattan. Built in 1909, the clock tower facing Madison Square Park has been elegantly renovated as a luxury hotel, while keeping the building’s history and charm. The top floor has been converted to its namesake restaurant, the Clocktower, with 360-degree views of the city. 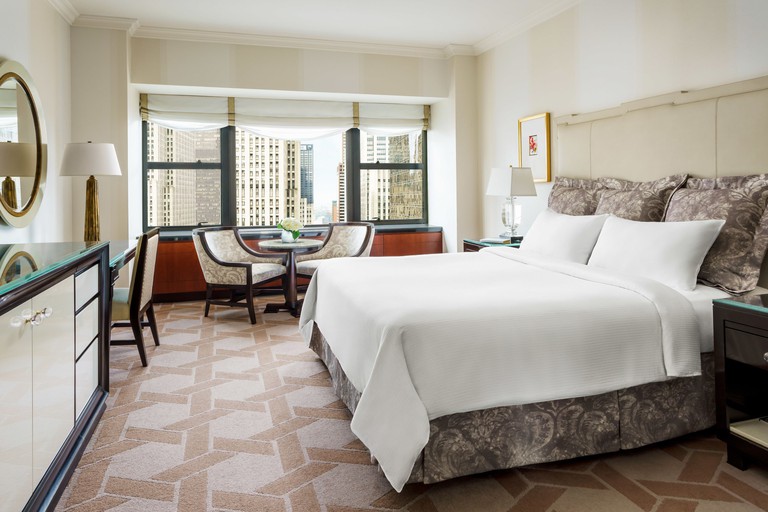 In 1882, railroad financier Henry Villard built six private neo-Italian-Renaissance-style townhomes surrounding a courtyard on the coveted Madison Avenue. The site has changed hands throughout history – the Archdiocese held the land for a period (convenient as Saint Patrick’s Cathedral is across the street) and the Sultan of Brunei briefly owned it, too. Today, it has been transformed into a luxury, 5-star New York City hotel. The renovation was meticulous down to individually labelling and re-installing the original floorboards, while the new 55-story tower seamlessly integrates old and new. 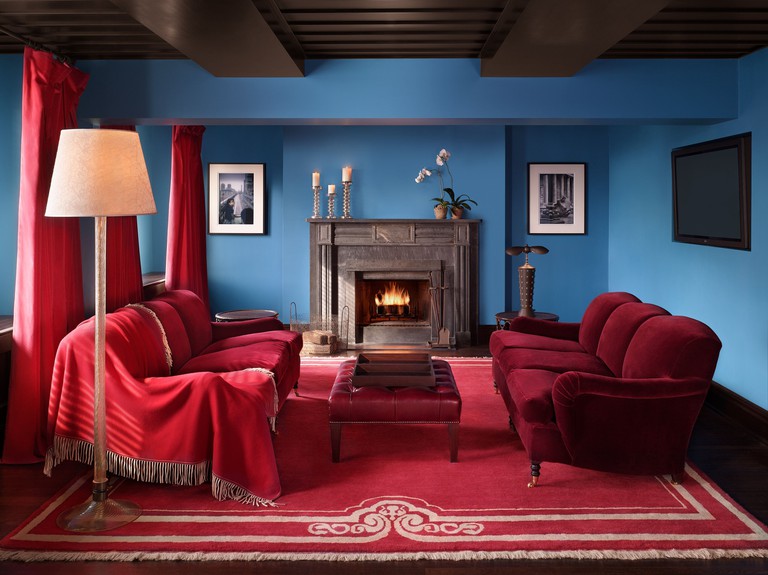 Adjacent to the only private park in New York City, the Gramercy has long been a favorite among creatives and intellectuals. Since opening in 1925, the Renaissance-Revival-style hotel has housed many notable guests including the Kennedy family, the Rolling Stones and Madonna. It’s also home to a gallery-worthy collection of artworks with pieces by Andy Warhol and Damien Hirst among others.

Just one day after the Wall Street crash of 1929, construction began on the JW Marriott Essex House Hotel. The economic crisis slowed the build but finally, in late 1931, the famous red neon sign was lit and has been an essential part of the Central Park skyline since. Stay here today to step back in time: the art deco decor is wonderfully preserved from the period-style elevator doors to the lavish marble and wood finished lobby.

The Carlyle, Upper East Side 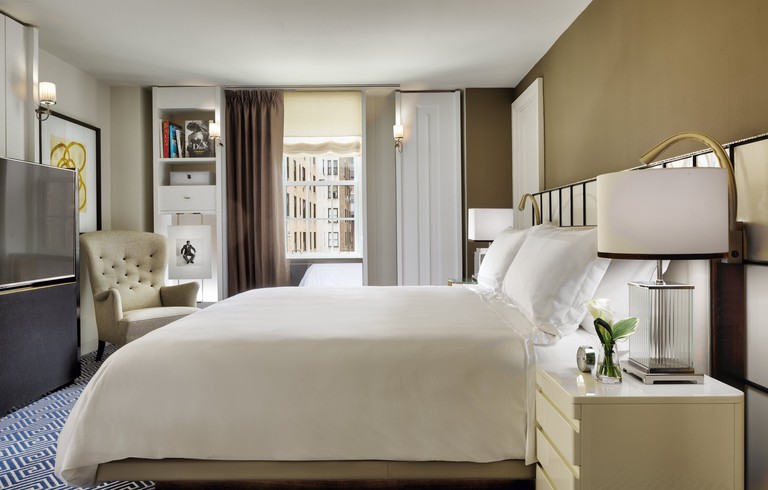 Courtesy of The Carlyle / Expedia

For the past 90 years, the revolving door of the Carlyle has welcomed notable guests to its elegant Upper East Side home. It’s even dubbed the New York City White House as the guest list has included every US president since Harry S. Truman. The hotel bar, Bemelmans, is arguably more famous than the hotel itself, operating since 1947 and named after the murals of Central Park on display by Ludwig Bemelmans, the author and illustrator of children’s series Madeline. New Yorkers congregate at the bar for nightly live music and delicious cocktails.

The Pierre, Upper East Side 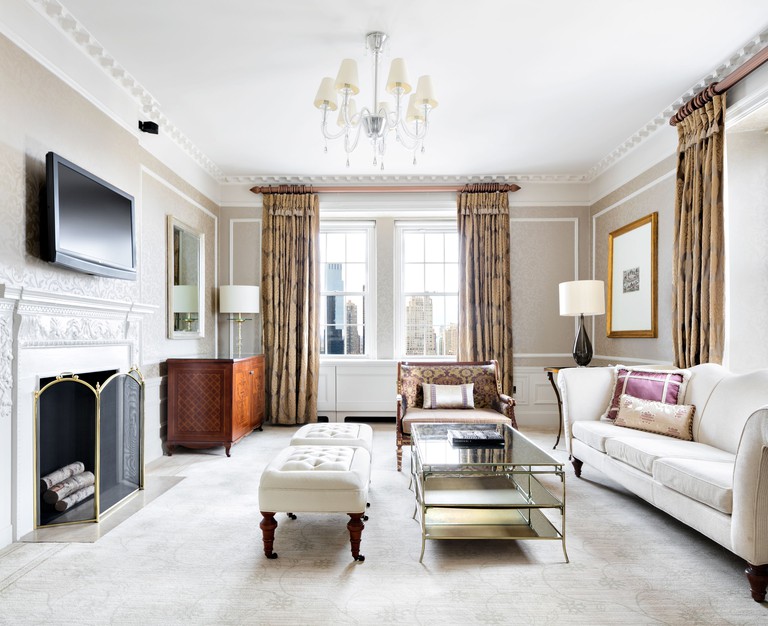 Courtesy of The Pierre / Expedia

After learning the ropes at his father’s Monte Carlo property and running a successful restaurant, Charles Pierre opened this luxury hotel. Situated on the southeast corner of Central Park, it was built in 1930 to resemble a French chateau. It became the epicenter of social affairs offering luxurious afternoon tea and a 1,000-seat ballroom. Coco Chanel, Audrey Hepburn and Elizabeth Taylor are among noteworthy former guests. 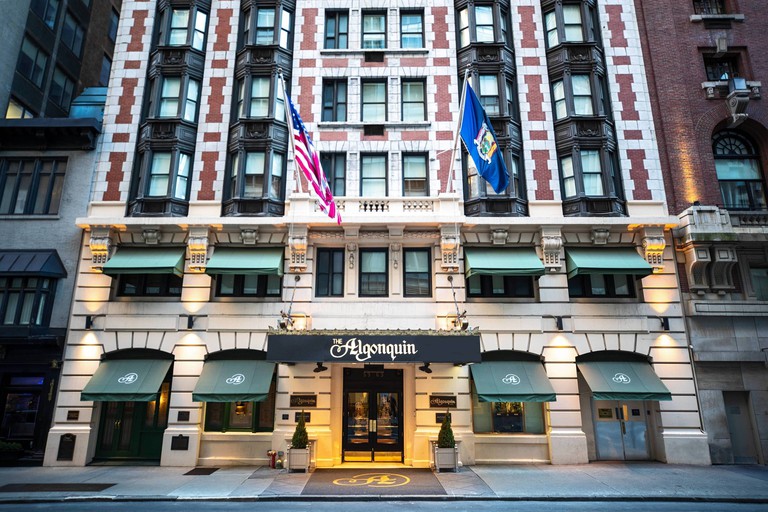 Courtesy of The Algonquin / Expedia
The 118-year history of the Algonquin has earned it the honor of being the oldest hotel in NYC. A quirky past includes resident cats, $10,000 martinis (with a diamond at the bottom of the glass), and the founding of the New Yorker magazine. While the price has increased considerably since its original $2 nightly rate from 1902, the hotel celebrates its literary past by offering discounts to writers in exchange for an autographed copy of their book. 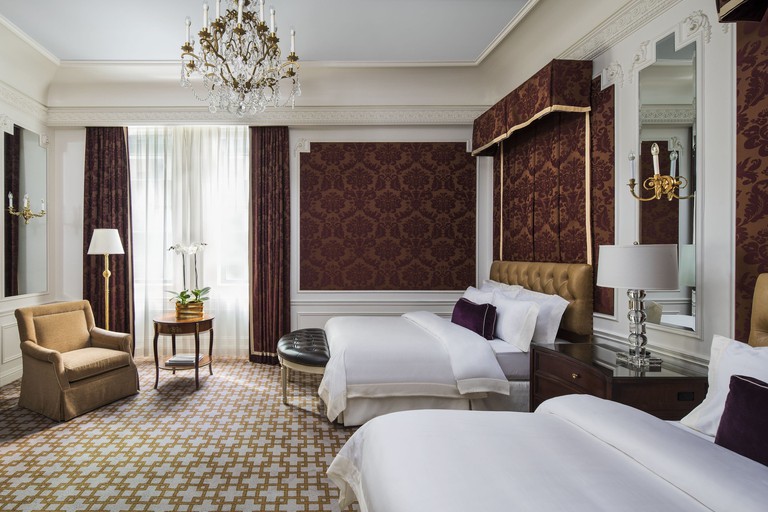 Built by one of the wealthiest men in America, John Jacob Astor IV spared no expense when opening the St. Regis in 1904. His vision was to create a hotel that was as luxurious as those he visited in Europe but with modern conveniences. The floors were lined with marble, the ceilings frosted in crystal chandeliers, and each room was equipped with a telephone – a true luxury for the time. Three decades after opening, barman Fernand Petiotat invented the Bloody Mary in the in-house King Cole Bar, where travelers can still sip on the signature cocktail today.

Still looking for the perfect place to stay in New York City? For easy access to one of the Big Apple’s most indelible landmarks, check into a hotel near the Statue of Liberty, or go sightseeing from the comfort of your room at one of these iconic hotels with a balcony. Those seeking a stylish stay without the hefty price tag will love our guide to the best hotels near the iconic SoHo Grand Hotel, for close-proximity to Soho’s eclectic array of high-end galleries, boutiques and restaurants. Wherever your itinerary takes you, be sure to book your stay with Culture Trip.