The Most Fashionable Christmas Windows in New York 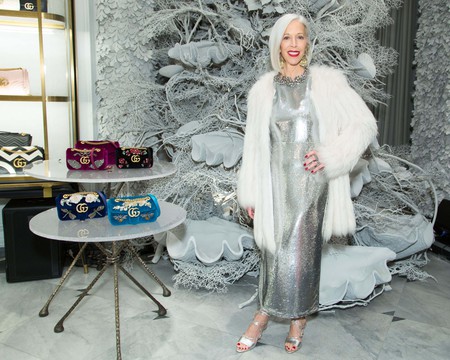 Holiday season is here, which means the streets of New York are lit up by gorgeous Christmas window displays. Here are the most fabulous New York Christmas windows to visit whether you’re a tourist, shopping for last minute gifts, or one of the eight million New Yorkers who make the Big Apple a visual fashion feast for the eyes. 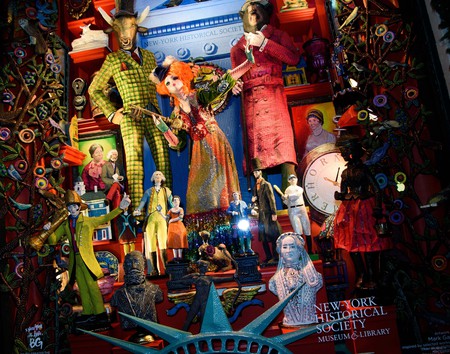 The Christmas windows at Bergdorf Goodman are consistently spectacular and this year have taken home the title “Most Fashionable.” The artistry of the people inhabiting this world is exquisite. The display itself reads like a love letter to New York, capturing the 2017 theme.

Second prize goes to Barneys New York. Not only did the window display characteristically understated elegance, it is also interactive. Admirers of the display can leave comments on Instagram hashtagging Barneys for a chance to win some really swank loot. A press representative said Barneys doesn’t follow a theme for window displays, but rather the department store wants the windows to present social messages.

2017 Social Messages: “Snake Love Not War,” “Cactus What You Preach,” and “Bee Yourself”

Last day of #BARNEYSUNWRAPPED! Today we’re doing things differently. Ready to play? Here’s out it works… Today, unlike the previous days there will be TWO winners—you and a friend. 1. Comment on this post and tag a friend—who must also follow @BarneysNY—sharing which prize you would want to win and which prize you’d want your friend to win. The two prizes available are EVERYTHING that wasn’t previously won over the past 5 days including the Banwood kids bike, dinner at @fredsatbarneys, adidas by Stella McCartney set, a Haas Brother signed skateboard, and a Mr & Mrs Italy jacket ORRRRRR the new MYSTERY box. 2. You and your friend that you tagged must BOTH follow @BarneysNY on Instagram to enter to win. 3. You and your friend must both like this post to enter to win. • Deadline for entry is 9:00pm ET tonight. Video by @mason.poole and @_nanut

For the GRAND FINALE of #BarneysUnwrapped… we want to thank everyone for playing along! We wish everyone could win but there can only be two today—a pair of fabulous friends. You followed, you liked, you commented, you WIN, @kasstagrama and @eleanordrizzake!! @kasstagrama, you win the @banwoodbikes, @fredsatbarneys dinner, @thehaasbrothers signed skateboard, @adidasoriginals by @stellamccartney set, and the #mrandmrsitaly jacket and your very very sweet, thoughtful buddy @eleanordrizzake wins the MYSTERY prize which is a BARNEYS NEW YORK gift card, Barneys book, shoes, bag, and sweater gift pack! We’ll be DMing you to connect so we may gift away. Happy Holidays and hope everyone had fun playing along! Stay tuned for more fun and surprises from your shopping pals HQd in New York. xx Barneys Video by @mason.poole and @_nanut

There’s something nostalgic about Lord & Taylor’s windows this year, from the hallmark New York taxi to the luxe watches on display, it gives you all the holiday feels.

The holidays in New York feel like you’re living in a fairy tale, especially when strolling down Fifth Avenue. Disney and Saks paired up to bring you a little bit of Snow White, just in time for Christmas.

Paying homage to P. T. Barnum of the Ringling Brothers Barnum and Bailey Circus, Bloomingdale’s gives viewers a glimpse inside the marvelous world of “The Greatest Showman.” Also, Louis Vuitton and Jeff Koons partnered up for a display that features a new cult collectable: a Monet-printed handbag, which came from the artist’s second product drop with the luxury LV label. There’s even a Star Wars tribute.

Only 1/6th of the hours and hours of work that went into the creation of these windows at Bloomingdales. Our tribute to collegiate teams and clubs for our Fall 2017 campaign. #bloomies59 #bloomingdaleswindow #windowdisplay #scienceclub #mannequin

#jeffkoons #monet #louisvuittonhandbag #bloomingdaleswindow #midtown #nyc #a cautionary tale for anyone who believes in the integrity of the art world.

As Holly Golightly said about Tiffany’s: “Nothing very bad could happen to you there, not with those kind men in their nice suits, and that lovely smell of silver and alligator wallets.” Indeed, the Fifth Avenue landmark store has a window display that captures the iconic spirit of Tiffany’s and Ms. Golightly.

Watch #ATiffanyHoliday come to life in this year’s store windows.

Ever wonder what a New York dinner party looked like? Peer inside Henri Bendel’s Christmas window and you’ll find out. Can you spot the famous faces?