The Most Confusing Films Ever Made 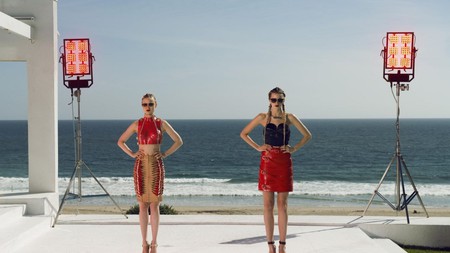 Ever wondered ‘WTAF?!’ is going on when watching a movie? You’re not alone. Here’s a rundown of some of the most perplexing pieces of cinema ever made. 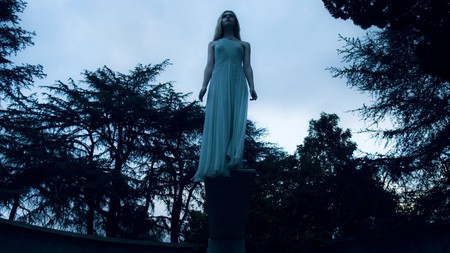 Nicolas Winding Refn is no stranger to making films that don’t follow conventional genre beats. The stunning Valhalla Rising (2009) looked like a bruising period drama on the surface, but the director later explained that he was actually making a sci-fi film where the “alien” lands were simply replaced by countries beyond the reach of the historical characters. The Neon Demon tackles the superficial world of fashion and modelling, but also treats Elle Fanning’s naive Jesse as a mysterious young woman with a talent that leads to violence and jealousy. Also, we think Keanu Reeves is in it as is a big cat. Maybe… 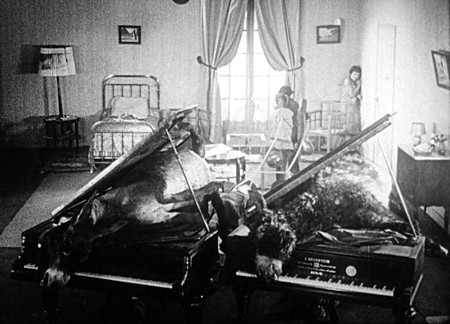 A seismic film in the history of cinema, this surrealist Spanish short film is jarring, obtuse and unnerving. Given that Salvador Dalí was also heavily involved in its creation, it is also visually stunning and completely bonkers. Various scenes will stay with you forever, and the editing was years ahead of its time. 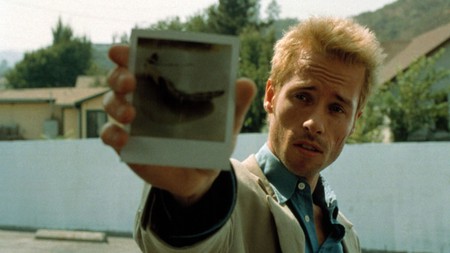 When you actually acclimatise to the structure of Christopher Nolan’s reverse amnesia thriller, it actually makes perfect sense, but good luck getting to the that point on your first viewing. Guy Pearce stars as the forgetful man on a mission trying to decipher a mystery that might be all of his own making. With flashbacks acting as a secondary narrative, and a deliberately evasive plot that refuses to explain events in any great detail, you can’t look away for a moment. 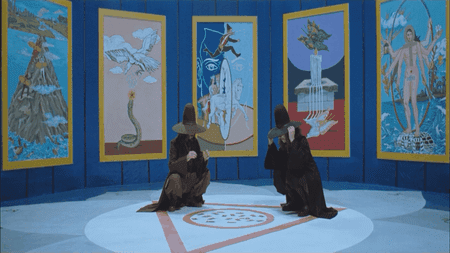 The Holy Grail of psychedelic fantasy films (it was made in the early 70s after all), Alejandro Jodorowsky’s trippy film is regarded as an all-time classic. It’s certainly ambitious, yet also utterly challenging. Featuring characters inspired by tarot cards and a woozy narrative, the movie is an exhausting watch.

Although the George Clooney remake polished up a few of the rough edges of Andrei Tarkovsky’s original sci-fi drama, the central, confusing, premise remains intact. A space station orbiting the planet Solaris begins to suffer from otherworldly visions, but these aren’t aliens. Or are they? Are the characters victim to a form of cabin fever? Are they already dead? Is everyone else crazy? 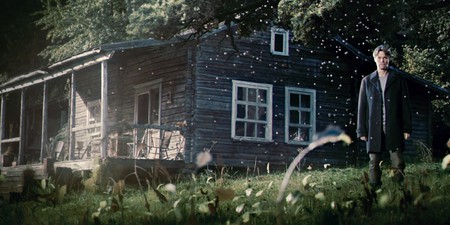 We’ve spoken a lot about Lars Von Trier’s work before. He is one of the few filmmakers who managed to fall foul of the traditionally liberal French censors after all, and it was this film that caused all the trouble. Aside from the controversial nature of the material itself, it’s also a real headscratcher in terms of what it’s all meant to mean. Grief and loss play a major part, but the way in which these themes are explored is, as ever for the filmmaker, unique to say the least. 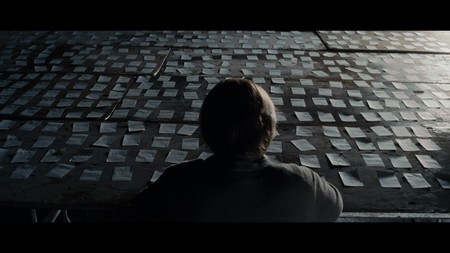 The late, great, Philip Seymour Hoffman stars in this Charlie Kaufman movie about an ailing theatre director whose passion project begins to overspill into his private life. Through single-minded obsession and obstinance, the production at the heart of the film morphs into a gargantuan ecosystem of its own and “actors” begin to live out their roles for decades on end. On a micro level, one can look at this as a study in the creative process, but you can’t help but fall into the trap of piecing together the bigger picture for yourself. 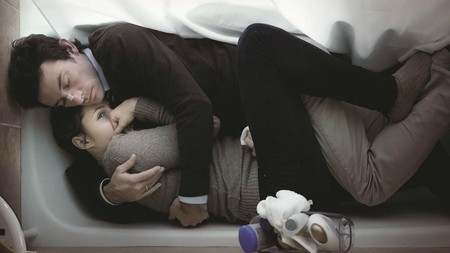 Shane Carruth made a blistering debut with Primer (more on that later) and this follow-up treads the same path of science-fiction played out in apparently factual tones. Ostensibly about a parasite that effects the behaviour of the carrier as it passes from humans to orchids via pigs, there’s an uneasy tone established early on in the movie. Although most reviews were positive, some critics found the plot to be meaningless and incomprehensible. 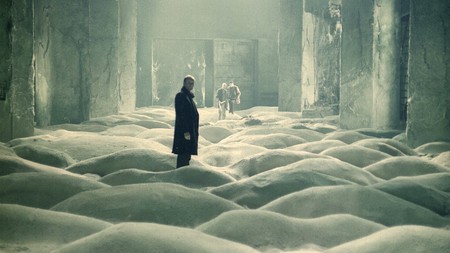 Let’s be honest, we could have stacked this list with the films of Andrei Tarkovsky. Solaris (see above) was a precursor to this Russian fantasy, and many of the same themes are developed upon here. Based around a journey to a restricted zone, the hook is a room that can fulfil any desire a person might have. Stalker is rated as one of the greatest films ever made by many critics, even if many of them would struggle to tell you what its about. 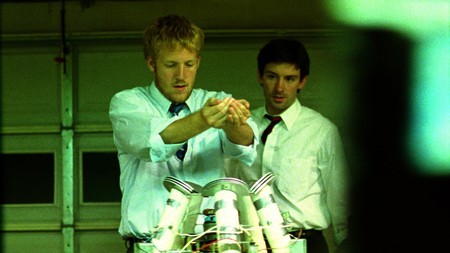 Time-travel movies come in many forms. There are the fun, entertaining offerings like Back to the Future (1985), or the more cautionary tales, similar to The Butterfly Effect (2004). Primer is a low-budget American effort that takes a more scientific approach, and in turn delves into multiple-time lines and characters colliding with one another from different eras. There are countless articles and videos that claim to have decoded the varying divergences that occur in the movie – much needed if you want to watch this one. 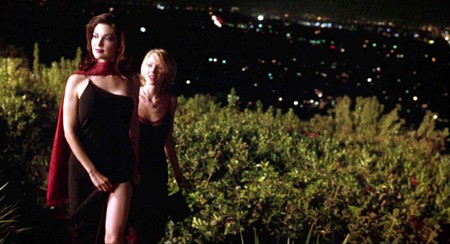 Originally conceived (and filmed) as a pilot for a TV series, David Lynch saw his bizarre story rejected by executives and decided to turn Mullholland Drive into a feature. Several seemingly unconnected vignettes are eventually tied up by an ending that was shot long after the original material was completed. The elusive director has refused to comment on what the film actually means, and so it’s left up to the viewer to piece it all together. Dreams, alternate realities and the poisonous side of Hollywood all play into the drama. 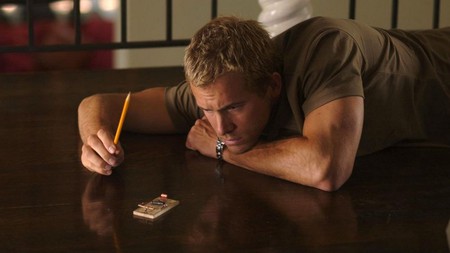 Criminally underrated, this was a film that very few people got to see. Think Ryan Reynolds before his Deadpool (2016) rejuvenation, and Melissa McCarthy before Bridesmaids was crowned as one of the best comedies of the decade. In The Nines we see a TV actor’s life crumble due to his own foolish actions. While recovering, he realises certain parts of his life might be out of his control and that’s when a games developer enters the scene. The line between real life and scripted narrative is blurred even further by this idea of being places in the middle of a simulation. If you get a chance, check this one out for yourself as it is one that can be deciphered. We think. 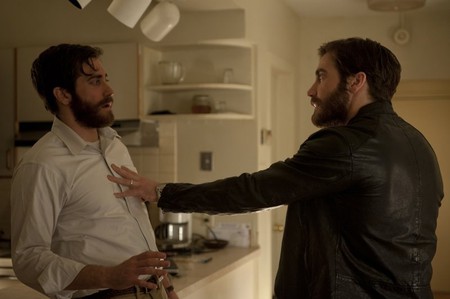 Jake Gyllenhaal almost made the list with Donnie Darko (2001), but instead we’ve opted for the film where he goes up against himself rather than the one where he faces off against a giant demonic rabbit. The surrealism is a constant presence, but what tips this into the comprehensively perplexing is the shocking final scene. In Enemy, Denis Villeneuve proves he really is one of the best filmmakers around. 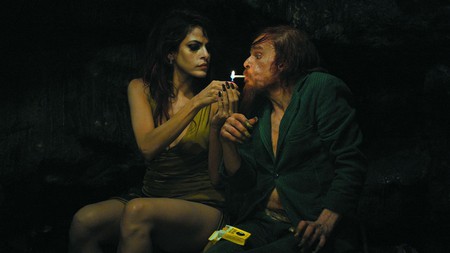 Bonkers by design, this lively French movie by Leos Carax follows a mysterious man at various times across a “typical” day. Typical, of course, being subjective. The action flows from interlinked scenes that try to tell us about the digital world we live in, but what makes this standout is that in all the chaos (including a cameo from Kylie Minogue), Holy Motors is never anything less than an absolute joy to watch. 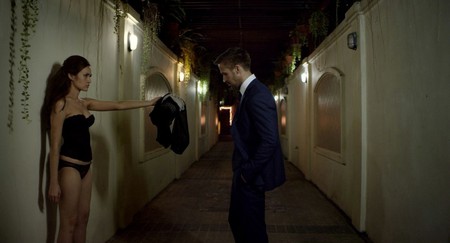 Nicolas Winding Refn is clearly a man that likes to challenge his audience. It’s a noble aspiration, but when it goes wrong, it can really go wrong. Sandwiched between The Neon Demon (2016) and Drive (2011), this exercise is a meditative revenge thriller that lacks thrills. Instead, Ryan Gosling gets to look cool (something he could probably manage in a potato sack) and do very little else. The confusing part comes when you try and figure what the point of it all is.