The Metropolitan Museum of Art, commonly known as the Met, and its upper Manhattan Gothic offshoot, The Cloisters Museum, are two NYC institutions of culture not to be missed. Learn more about the history behind the Met and the vast collection of fine art that resides there today. 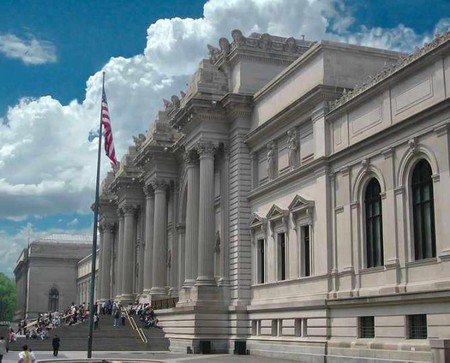 In a foreword to his 1913 history of the Metropolitan Museum of Art, art dealer Robert W. De Forest declared with awe that the museum started in 1870 with $106,000 to its name, a figure that had reached $10 million by the time of the book’s publication. According to Forbes, the museum today makes $632 million a year in revenue, making it the 39th largest charity in America. It goes without saying that the treasures inside the Met are undoubtedly priceless.

Aside from what De Forest thought of the “modest” beginnings of the now-largest art museum in the United States, the Met was founded by a group of Americans who felt that art was missing from the New York scene, a sentiment that had been expressed for quite some time. The aforementioned history volume mentions that Samuel Morse—yes, the guy behind Morse code—wrote to James Fenimore Cooper, author of The Last of the Mohicans, in 1833 stating that “I have been told several times since my return that I was born 100 years too soon for arts in my country.” It turns out Morse was not too far off the mark—he was born 79 years before the Met opened its doors to the public, and 89 years before the Met moved into its iconic location in Central Park along 5th Avenue.

Originally a brownstone building designed by Calvert Vaux and Jacob Wrey Mould, the pair also designed one of the first buildings for the American Museum of Natural History, a series of additions have since greatly expanded the the institution’s presence. The museum’s current Beaux-Arts entrance was completed in 1902, designed by Richard Morris Hunt, who also was the major architect behind the pedestal of the Statue of Liberty. The current configuration of the Met is the agglomeration of 20 structures, measuring a quarter of a mile long. 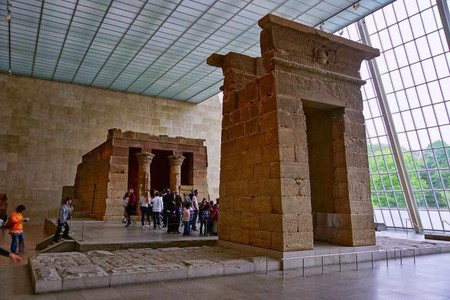 The Met’s antiquities collection varies from an extensive collection of classical Greek, Roman, and Cypriot art, to artifacts from East Asia, Africa, Polynesia and Mesoamerica. One of the museum’s ancient highlights is the Temple of Dendur, an Egyptian temple rescued from flooding by the construction of the Aswan High Dam in 1963 and transported to its new home in the Met’s Sackler Wing.

Such a vast complex of galleries demands amenities. The museum has a cafeteria on the ground floor, two cafés on the first floor, a bar on the Great Hall’s balcony (open on Friday and Saturday evenings), and a bar and café in the Museum’s roof garden, offering spectacular views of Central Park and a rotating installation.

Admission to the Met’s complex web of galleries is “pay-as-you-wish,” in spite of signs urging you to pay the recommended ticket price of $25. It’s the third most visited art gallery in the world, just behind the Louvre and the British Museum with 6 million visitors reported in 2013. 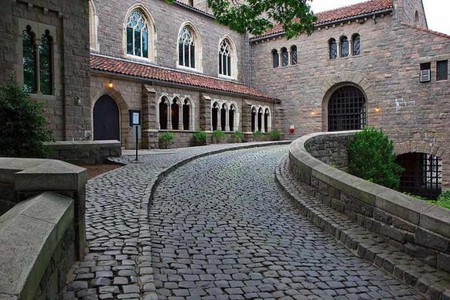 For those who might not find the Met’s extensive collection enough to satiate their artistic appetite, the Met operates a satellite branch in uptown New York, called The Cloisters. Located in Fort Tryon Park, The Cloisters features a collection of medieval art and a main building constructed as a composite of various Gothic buildings throughout Europe.

Not bounded by two locations, the Met organizes traveling exhibitions that bring some of the museum’s vast collection across the globe, exchanges between other museums, and loans works of art to various international institutions.

More than just an art museum, the Metropolitan Museum of Art is an anchoring institution of culture in New York, the United States and around the globe. Should Samuel Morse have been born today, he would have been very pleased with the art institutions New York now has to offer.