'Paris Society' 1925 / 1931 / 1947 | © 2016 Artists Rights Society (ARS), New York / VG Bild-Kunst, Bonn
A German painter born in 1884, Max Beckmann’s career transcends categorization. He worked in many mediums, tried many styles, and influenced art history across multiple continents, and from October 2016 to February 2017 The Metropolitan Museum of Art will highlight his work in the exhibition Max Beckmann in New York. Strangely enough, Beckmann died while walking to The Met in 1950 to view one of his own paintings, and this exhibition will commemorate his connection to this city. And in conjunction with this exhibition, we thought we’d look back at Max Beckmann and the artistic movements of his time.

Although Beckmann is often associated with the Abstract Expressionist movement, in reality he rejected the movement entirely. He was a more prominent leader in the New Objectivity movement: a small offshoot that was in fact seen as a reaction against Expressionism. New Objectivity grew out of Germany in the 1920s in response to the dramatic and emotional sensibility of Expressionism.

In early-20th-century Germany, Expressionism was the leading trend in painting, theatre, film, and music. It was characterized as a style that aimed to expose inner, unseeable human emotions. In painting, it often used bold colors and large, unrestrained brushstrokes to express extreme emotions, and it favored moods and feelings over concrete reality. Angst and turmoil of the human spirit were frequent subjects, illustrated through aggressive techniques.

New Objectivity was, in a way, the opposite of Expressionism. The name comes from the German phrase Neue Sachlichkeit, which can also be translated as ‘New Matter-of-Factness’, ‘New Sobriety’, or ‘New Dispassion’, highlighting its departure from the emotional sense of Expressionism. New Objectivity was instead all about the concrete, the ‘real’, and, of course, the objective. One reason it came about to counter the Expressionist movement was that Expressionism was all about the individual, and in the years approaching WWI, artists gained a sense that their work needed to be more politically charged. The Western world was on the brink of war, and the Expressionist emphasis on identity would do nothing to help it. 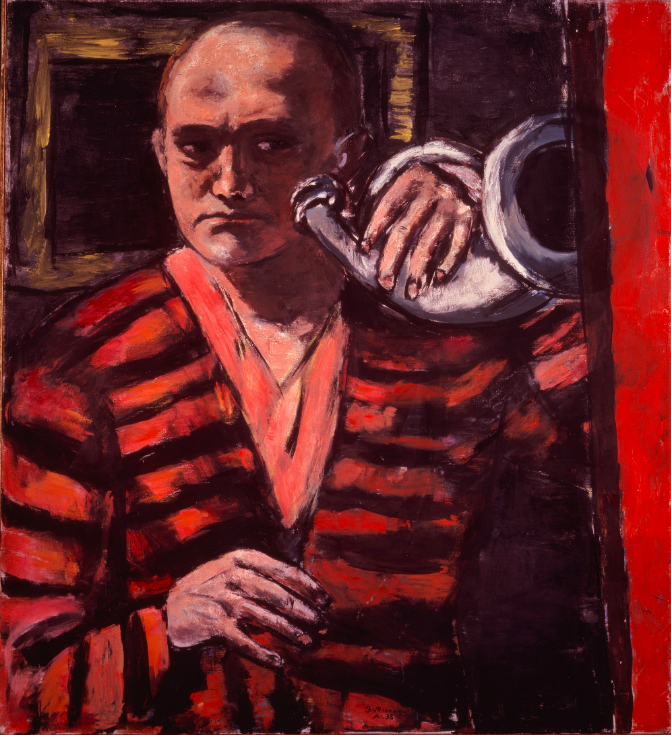 Many artists sought a return to order in the years after WWI and the destruction it wrought. New Objectivity was a direct answer to this, favoring the practical, the external and observable, as opposed to the vexed interior of humans. New Objectivity was often described as having two schools of thought: the verists, who painted the external physical world as it existed at that moment, and the classicists, who searched for timelessness in the physical world. Beckmann would have been a verist, as his work is often considered satirical, ‘ugly’, and far from Classical.

Though Beckmann was at the top of his career in the 1920s, everything changed when the Nazis came into power. Adolf Hitler despised modern art and condemned New Objectivity as ‘degenerate’, prohibiting most New Objectivist artists from exhibiting their work. Desperate to find a way to keep working, Beckmann spent 10 years in Amsterdam, where he painted some of his most dramatic triptychs while attempting to gain a Visa to the United States. 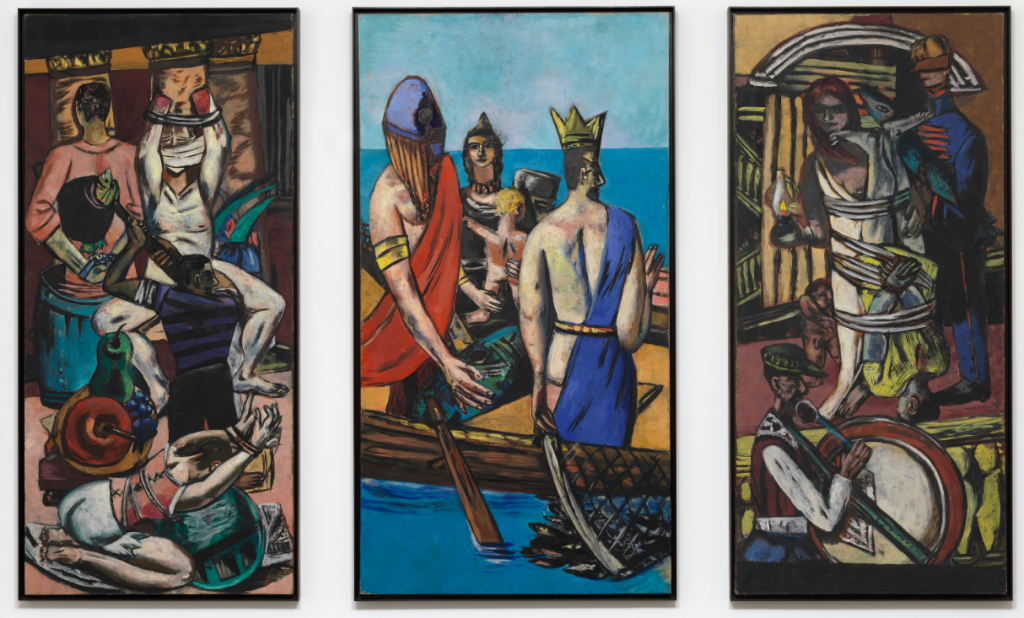 When he finally obtained a Visa, Beckmann moved to St. Louis, Missouri, and began teaching. He then relocated to New York City in 1949 where he spent the final year of his life. The story goes that he was, in fact, on his way to the Metropolitan Museum of Art to view his painting ‘Self-Portrait in Blue Jacket’ when he suffered a fatal heart attack. 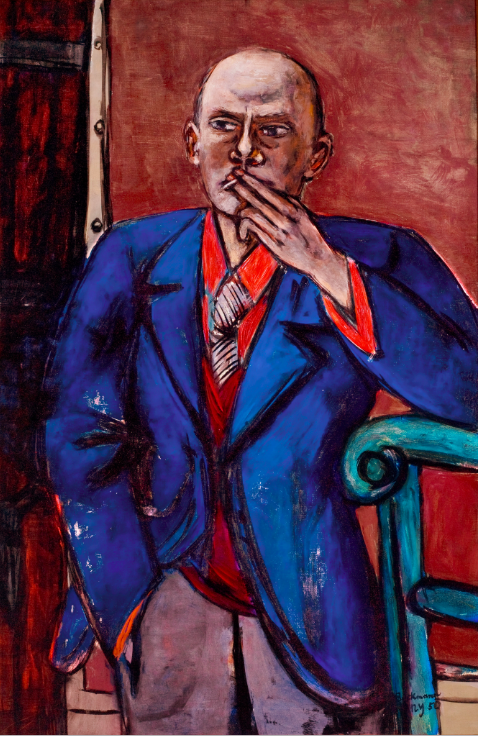 Beckmann’s death and connection to New York City inspired the exhibition at The Met, for even though Beckmann himself didn’t arrive in NYC until 1949, his work was already loved here. Beckmann had excellent relationships with NYC-based art dealers and collectors, and his works were already in private NYC collections as well as in the Museum of Modern Art. This exhibition will focus on his prominence in New York and feature 14 paintings that he created during his 16 months in this city as well as 25 earlier works from private NYC collections.