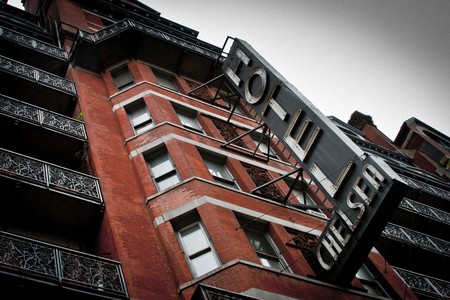 Few buildings in New York, and indeed the world, can claim a legacy comparable to that of the Chelsea Hotel. By the time it closed for renovations in 2011, it had been the subject of a song by Leonard Cohen, home to the likes of Dennis Hopper, Dylan Thomas, Jack Kerouac (who composed On the Road there), and the site where Nancy Spungen—girlfriend of the Sex Pistols’ Sid Vicious—was found murdered.

It began as a utopian project by architect Philip Hubert, who designed its distinctive flower-motif balconies and grand staircase, as a communal home for writers and artists. Transfigured into a luxury hotel in 1905, it continued to attract luminaries of the early-to-mid-20th century art world, including Jasper Johns and poets like James Schuyler, and formed the titular backdrop of Andy Warhol’s Chelsea Girls (which in turn inspired Velvet Underground singer Nico’s album Chelsea Girl). 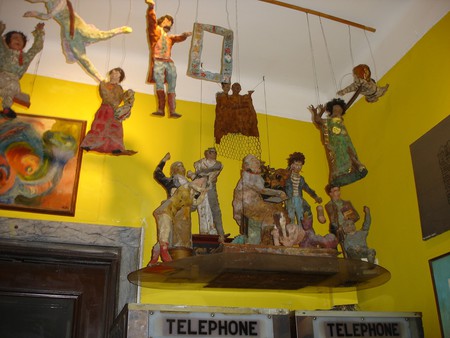 Located at 222 West 23rd Street, off Seventh Avenue, it was designated an New York landmark in 1966. By that time, it had served as a hub for all varieties of writer. This was no accident, as Stanley Bard, who managed the hotel from the early 1970s to 2007, carefully curated its list of residents. These included composer Gerald Busby, who recalled in a Vanity Fair history of the hotel: “The Chelsea then was bizarre and wonderful and strange. It was just coming out of its super drug haze. I remember there was a guy who sold grass. He had a five-foot-high pile of grass in the middle of his living room with roaches running out. It has always been a place where, because of Stanley, you could do virtually anything short of murder, though that took place too. There used to be a murder, a suicide, and a fire every year.”

As a site of both enormous artistic collaboration, where Arthur Miller held court after his divorce from Marilyn Monroe; and of infamous or wanton behavior, like Factory superstar Edie Sedgewick lighting her bed on fire in the late 1960s, the Chelsea Hotel soon attracted a reputation for dissolute artists and drug-fueled mayhem. Of the latter, few episodes have attracted the notoriety of that of Sid Vicious and Spungen, even before he stabbed her to death in an apparent suicide pact gone awry in 1978. But not all recollections of the hotel are as lurid. A place of concentrated artistic atmosphere, it was where Arthur C. Clarke composed his masterpiece 2001: A Space Odyssey and the Beats, led by Allen Ginsberg, congregated after hours, while writer Gore Vidal enjoyed a one night stand with Jack Kerouac.

Nor was all the action was consigned to its 250 rooms. The artist Nicola L., who still resides at the building, recalls, “Anything could happen in the elevator. It was either Janis Joplin or the big woman from the Mamas and the Papas who tried to kiss me in the elevator. I can’t remember which. It was a crazy time.” And its collection of art numbered in the hundreds, many of them the work of painters who regularly traded their work for rent. 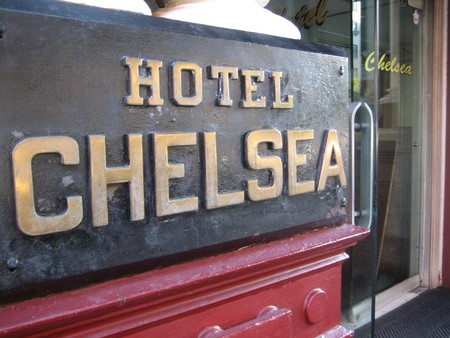 As a bohemian mecca, the hotel continued to attract figures like R. Crumb and Rufus Wainwright even after its glory days had given way to tabloid infamy (Dee Dee Ramone being remembered as probably the most unruly resident of all time). With the end of Bard’s custodianship in 2007 came the exodus of both its inhabitants—though many remain due to New York City ordinances—and its collection of art. Though now the Chelsea Hotel is little more than another victim of gentrifying real estate greed, nothing can diminish the one hundred years when it was the very center of cosmopolitan cool.