The Impassioned World of Edvard Munch: Beyond 'The Scream' 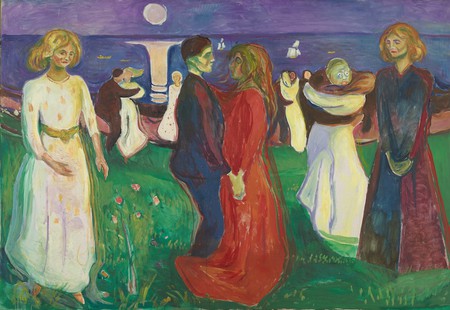 A chilling portrayal of corrosive anguish, The Scream still echoes through art history. The image is Edvard Munch’s most recognizable, weightier still in the context of an expansive and hard-hitting oeuvre. A new survey at the Met Breuer gives due attention to the Norwegian expressionist’s lesser-known works, with a thematic showcase of the motifs Munch (1863–1944) revisited throughout his brilliant and harrowing life as an artist.

Between the Clock and the Bed doubles as the title of a self-portrait Munch painted between 1940 and 1943, and the name of the Met Breuer’s new retrospective. The exhibition comes to New York City after making its debut at SFMOMA earlier this year.

Self Portrait Between the Clock and the Bed served as one of Munch’s final artworks, depicting the near-end of an impactful, albeit tormented life. Yet it’s the first painting in the Met’s exhibition, picturing an elderly Munch standing between his bed and a faceless grandfather clock. There, he exists between time and timelessness. 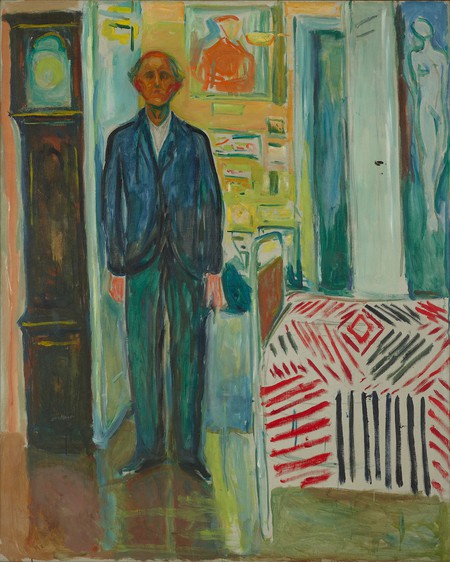 The self-portrait serves as what the curators have designated as “a touchstone and guide to the other works on view,” shepherded by Munch’s own proclamation that his true breakthrough didn’t occur until he was 50 years old.

In 40-odd compositions created over the course of six decades, the museum’s survey traces themes that the artist favored and returned to throughout his career; the anguish of anxiety and the despair of isolation, sickness—of his loved ones and of his own—and loss, among others. 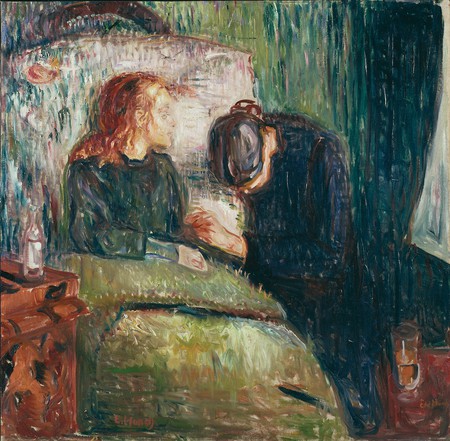 “The thematic arrangement of the exhibition will reveal the frequency with which Munch revisited and reworked certain subjects,” the press release explains. “It will present him as an artist who was as revolutionary in the 20th century as he was when he made a name for himself in the Symbolist era.”

Having developed a penchant for painting at an early age, Munch took inspiration from his unstable childhood. In 1868 he lost his mother to tuberculosis—the same disease that would take his beloved sister, Johanne Sophie, in 1877. The loss of such close family members would tear at him throughout the course of his life. “The angels of fear, sorrow, and death stood by my side since the day I was born,” he wrote. 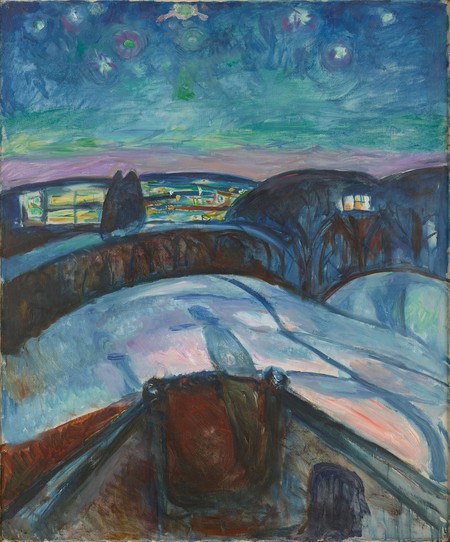 Munch’s art was likely a means of channeling the early onset of anxieties about illness and mortality. While he was influenced at an early age by the Norwegian landscape school, he would go on to develop a haunting aesthetic of staring, pallid faces amid kaleidoscopic landscapes, rooted in the daring exploration of his own ‘madness.’

By the late 19th century, Munch had made a name for himself as an artist. His work was both timely and controversial while Symbolism—an artistic movement that favored mystical poeticism—reigned supreme, but it was his introspection and the raw embrace of darkness that put forth a gripping new aesthetic. He would surely borrow from Symbolism, but subsequently move into expressionism—the movement with which he is most closely associated. 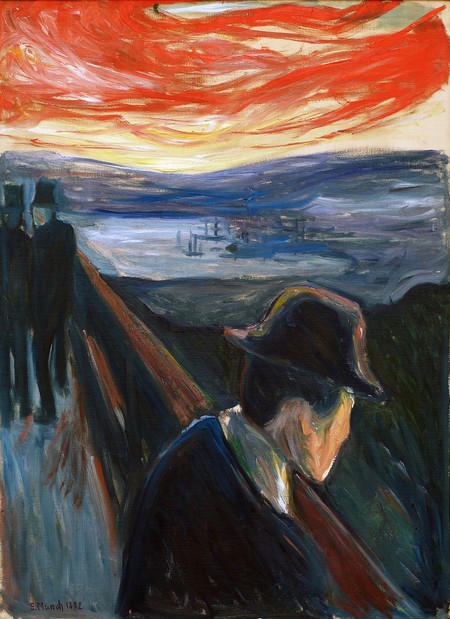 What the non-chronological format of the Met’s exhibition reflects is that Munch, in his practice—as in his self-portrait between the clock and the bed—existed simultaneously within and outside of linear time.

“Major themes and motifs of Munch’s last paintings can be traced back to his earlier works,” the press release continues. “Displaying his early and late works together allows visitors to identify innovations in composition, treatment, and technique.”

Fifteen self-portraits, in addition to Between the Clock and the Bed, trace the progression of the artist’s life, both stylistically and anatomically as he documented his transition from youth to old age. “These fascinating ‘self-scrutinies’ as Munch called them are, by turns, documentary, confessional, psychological, and fictionalized,” the Met notes. 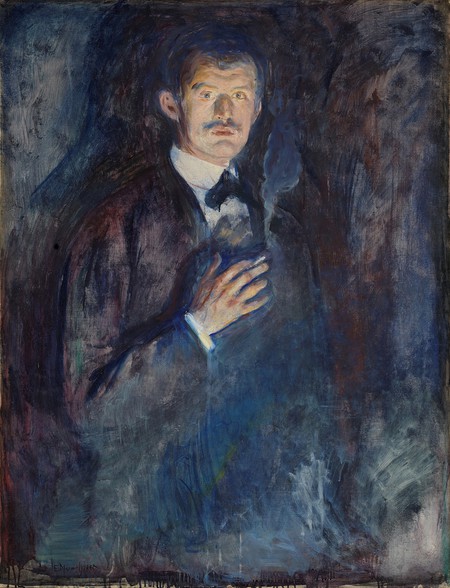 For more than a century, Munch has been defined by the paintings and prints inspired by the infamous “loud, unending scream piercing nature.” In fact, the artist’s oeuvre consists of more than 1,700 paintings, 18,000 prints, and 4,500 watercolors alongside sculptures, works of graphic art, pieces for theater design, and films, created somewhere between the clock and the bed. 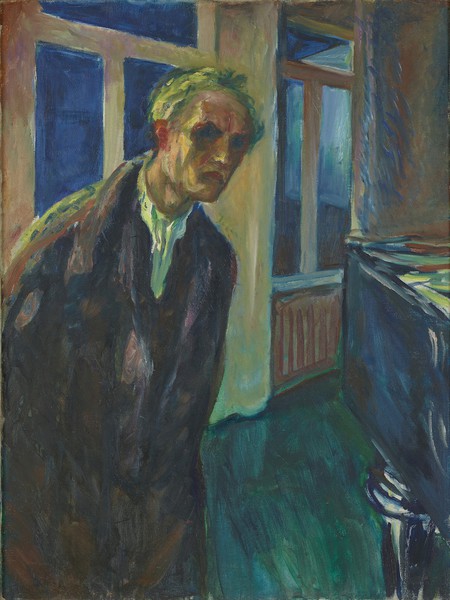