Why in one of the world’s fashion capitals are more than 1,500 designers picking paper as their material? It’s to compete in the industry’s top (and only) TP challenge, celebrating high-low fashion at its finest.

New York City fashion has always been experimental, but one local competition is taking daring dressing to new extremes. Entering its 13th year, the Toilet Paper Wedding Dress Contest challenges entrants to craft a “special day” ensemble made entirely from, you guessed it, toilet paper. The contest, presented by wedding planning company Cheap Chic Weddings and Quilted Northern (naturally), has become a beloved local tradition, even inspiring lofty outlets such as The New York Times and The Wall Street Journal to wax poetic about toilet paper. This week marks the climax of the contest’s 2017 edition, in which contestants were given just one rule to follow: all submissions must be made only of toilet paper, with glue, tape, and thread allowed as binders. 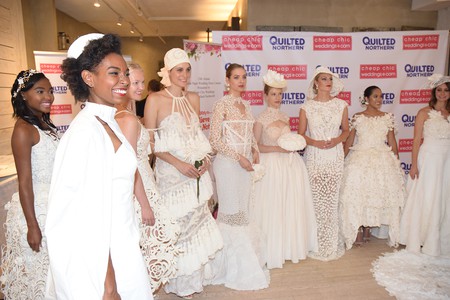 Sounds impossible? More than 1,500 designers were up to the challenge this year. Resourceful creatives used techniques such as papier-mâché, molds, and crochet to produce stunning gown-headpiece combinations. The results, you’ll be relieved to see, would be more at home in a wedding magazine than a water closet.

Entries are evaluated based on workmanship, the use of toilet paper, originality, and creativity. From flattering bandage to lace-like detailing, this year’s entries are nothing if not creative. In fact, if ever an outfit was Instagram-worthy, it’s these TP-based threads. Thus, it’s only natural that the contest also features a public voting component, in which viewers may vote online for each year’s “Fan Favorite” entry. While public opinion won’t sway contest judges, every designer harbors the hope to wipe the floor with their competitors. 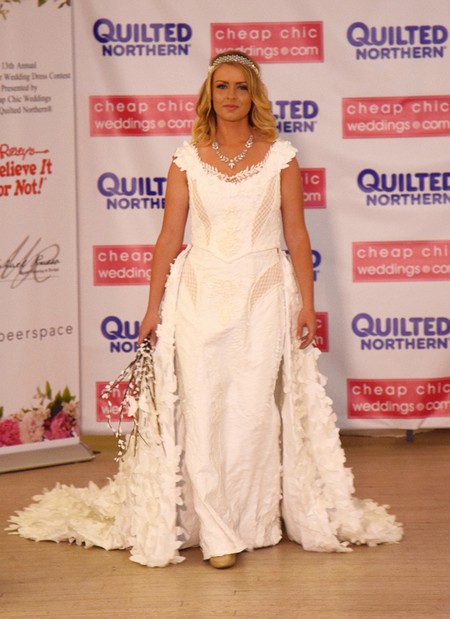 As a glamorous finale celebration of a decidedly unglamorous product, the competition’s Top 10 finalists gather for a runway show in New York City. After a point-based evaluation, three winners are selected, with the grand prize of $10,000 and a display in Times Square’s Ripley’s Believe It or Not! going to the top TP designer. This year, the creative cast of finalists includes three locals—because no one does strange style better than New Yorkers.