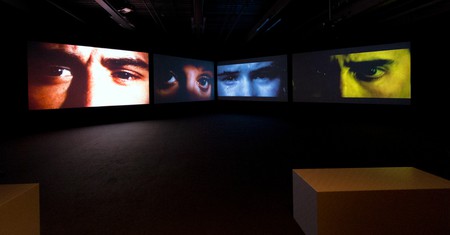 By pooling together hundreds of items drawn from Martin Scorsese’s private collection, alongside several well-executed media installations, the Eye Filmmuseum Amsterdam’s latest exhibition presents a detailed portrait of the esteemed filmmaker’s oeuvre that will captivate diehard fans and newcomers alike.

Every aspect of Scorsese’s filmography is treated with comparable enthusiasm at the exhibition, meaning that blockbusters like Goodfellas, Casino, or the Departed are grounded by lesser known, yet equally important films such as The Last Temptation of Christ or Cape Fear.

As Scorsese himself provided many key elements to the exhibition, it frequently broaches into his personal history and features several items that aren’t directly related to his work, but nonetheless demonstrate his lifelong relationship with cinema. 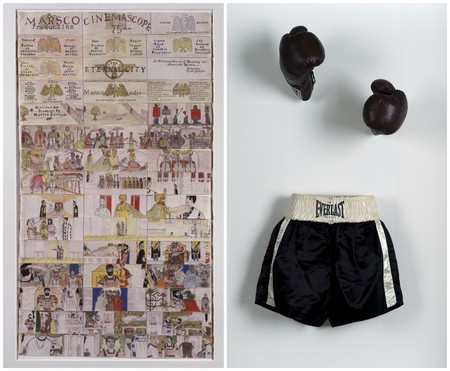 This comprehensive survey successfully recounts Scorsese’s artistic development whilst revisiting crucial moments from his past, including his formative years living in New York City and directional debut. These informative details are perfectly balanced with engaging displays and installations that meticulously reconstruct Scorsese’s directional process. 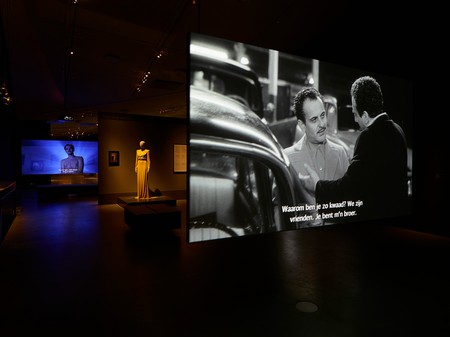 In addition to the exhibition’s props, footage and documents, the Eye Filmmuseum has assembled a charming green-screen installation in its foyer, where visitors are encouraged to reenact a particularly famous scene from the Wolf of Wall Street involving rhythmic chest-bumping. After completing this scene, participants are emailed a digitally altered video which superimposes their performance into the movie.

The Eye Filmmuseum will also screen Scorsese’s movies throughout the exhibition’s installation, including restored versions of Taxi Driver, Raging Bull and Goodfellas.