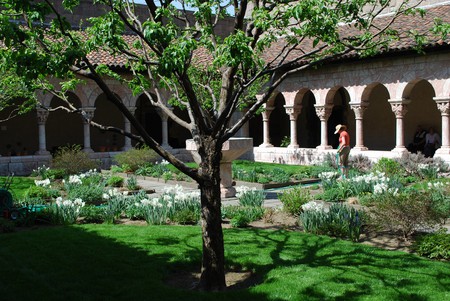 Yearning for rural France amidst the hustle and bustle of Manhattan? Look no further than the Cloisters, nestled in the picturesque Fort Tryon Park and overlooking the Hudson River. A spectacular historic division of the Metropolitan Museum of Art, the Cloisters houses a locally unparalleled collection of medieval European art from the 12th through the 15th centuries, and calls to mind the tranquility of a spiritual escape from the days of yore. We take a closer look at this medieval building and museum in Upper Manhattan.

The Cloisters houses a highly specialized collection of medieval European art, but what makes this getaway so incredibly unique is the building itself. Its name derives from the abbeys of Saint-Michel-de-Cuxa, Saint-Guilhem-le-Désert, Trie-sur-Baïse, Froville, and sections once thought to have composed the Bonnefont-en-Commings. It is authentic elements of these five cloisters, dismantled in France and reassembled in the United States, that make up the bulk of the museum. The area surrounding the cloisters is equally impressive, boasting gardens designed according to horticultural information found in medieval literature.

Though the Metropolitan Museum of Art acquired its first medieval piece in 1873, the crux of the museum’s collection was not formed until 1917, when the son of American financier J.P. Morgan donated roughly 2,000 pieces that were in his father’s possession. Collectors George Blumenthal, Michael Friedsam, George and Frederic Pratt, and Irwin Untermyer have also since contributed significantly to the collection. 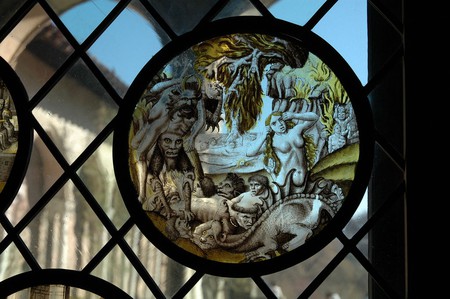 The Cloisters truly came into being, however, through the efforts of American sculptor and collector George Grey Barnard. Barnard, who contributed much of the sculpture found at the museum, relocated to the French countryside during World War I, and supplemented his earnings by acting as an impromptu art dealer. He traced and sold works of medieval art that had ended up in the possession of locals, thanks to centuries of religious and political turmoil in France. In the midst of this trade, however, Barnard did keep many works for himself, and when he returned to the States, opened his private collection to the public – the first installation of its kind in the country on Fort Washington Avenue. 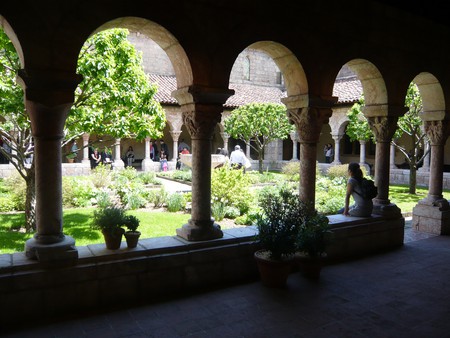 In 1925, the museum was able to purchase Barnard’s collection thanks to the financial backing of American philanthropist and oil magnate John D. Rockefeller, who also turned almost 67 acres of land into the park that houses The Cloisters today. The building itself was designed in the Gothic Revival style by architect Charles Collens, whose firm Allen & Collens was also responsible for various buildings at Vassar College and the Central Presbyterian Church, amongst others. With the assistance of Rockefeller, The Cloisters was officially dedicated on May 10th, 1938. 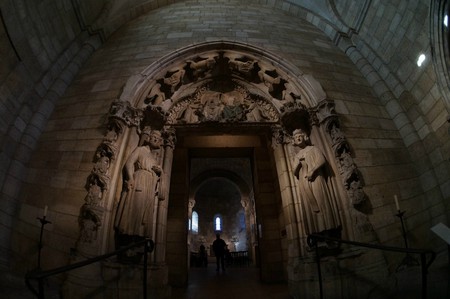 Today, The Cloisters houses some 5,000 works of medieval art and architecture. The Medieval Treasury has housed some of the collection’s most valuable, small-scale pieces since 1988. Some of the most beloved works within the gallery include the ‘Cloisters Cross’, a mid-12th-century English altar engraved from walrus ivory with various religious scenes; the Hours of Jeanne d-Evreux, a small prayer book illustrated some time between 1325 and 1328 by Parisian painter Jean Pucelle for the then-Queen of France; and the ‘Monkey Cup’, a Flemish silver-gilt vessel from the 15th century that displays the humorous escapades of some three dozen apes.

The Late Gothic Hall features many 15th and 16th century pieces, including an early 16th century tapestry from the Burgos Cathedral in Spain, statues by acclaimed German sculptor Tilman Riemenschneider, and various altarpieces from Spain. The Unicorn Tapestries Gallery features the seven treasured tapestries displaying ‘The Hunt of the Unicorn’, donated by Rockefeller in 1938 for the opening of the museum. And unrestricted to a single room are the Cloisters’ exquisite specimens of stained-glass windows, some of which come from the chapels at Ebreischsdorf, Austria, and Boppard-am-Rhein. 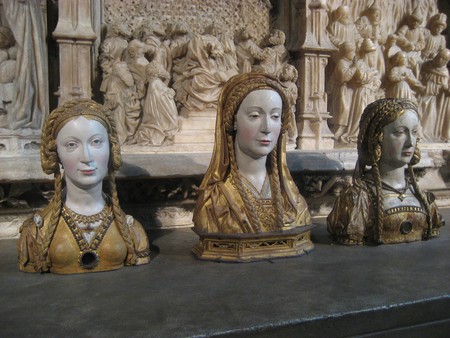 Hailed, “the crowning achievement of American museology”, by former Director of the Musée du Louvre in Paris, Germain Bazin, the Cloisters is still the only museum in the United States dedicated solely to medieval European art and architecture and certainly worth a visit for a glimpse into a romantic past.

A prospective Comparative Literature major at Princeton University, Taylor Kang, when not fretting about all the languages she wants to learn, can often be found perusing ‘The Paris Review’ or listening not-so-secretly to Lana Del Rey.