There’s just something appealing about dabbling in fear from time to time—the spine-tingling kind as opposed to deep-in-your-gut dread.

Perhaps that’s why even the most logical people have a ghost story, and a startling 18 percent of American adults claim to have seen a ghostly apparition in their lifetime. Could this really be possible? One scientist has an alternative, less paranormal explanation for our encounters with the dead.

“Hauntings are very widely reported phenomena that are not well-researched,” Rogers said in a press release by the university. “They are often reported in older-built structures that may also suffer poor air quality. Similarly, some people have reported depression, anxiety and other effects from exposure to biological pollutants in indoor air. We are trying to determine whether some reported hauntings may be linked to specific pollutants found in indoor air.” 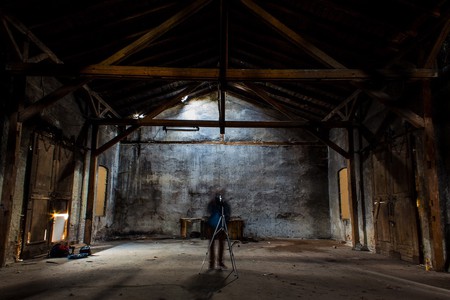 While the World Health Organisation would beg to differ, Professor Roger’s theory is that a inflammatory reaction in your brain caused by the spores produces all kinds of disorienting sensations like loss of balance, blurred vision and fatigue. Because you’re already hyper alert, based on the creepiness of your surroundings, these experiences are then interpreted as paranormal happenings.

Rogers and his team of “mold busters” are currently visiting reportedly haunted locations—houses, abandoned buildings, restaurants, hotels and the like—to take air samples, which they’ll then compare to air readings taken in places which have no history of ghost sightings. The team’s results have so far showed that the “haunted” locations have significantly higher mold counts—the first step in proving his theory.