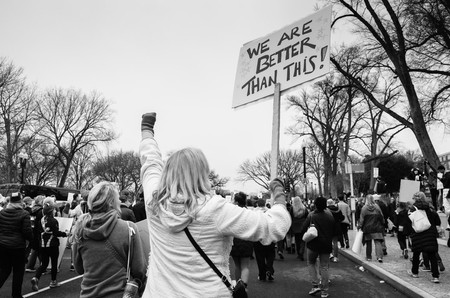 New Yorkers are an opinionated and outspoken bunch, which has made their city something of a protest capital over the years. Silent parades, violent riots, and even a not-so-organized public demonstration—this city has seen them all. Here, we remind you of your own power and of the biggest protests to hit New York City.

Today, Labor Day is a national holiday, but many Americans aren’t familiar with the occasion’s history, including its New York City origins. During the 19th century, laborers would hold picnics and parades, traditionally tame affairs, to highlight workers’ rights. The unofficial first Labor Day on Tuesday, September 5, 1882, was somewhat less tame, with 10,000 working-class men marching from City Hall up to Union Square. At the time, The New York Times called the demonstration “orderly and pleasant” despite parade leaders’ admission that the participants “were determined to show their numerical strength to satisfy the politicians of [New York City] that they must not be trifled with.” 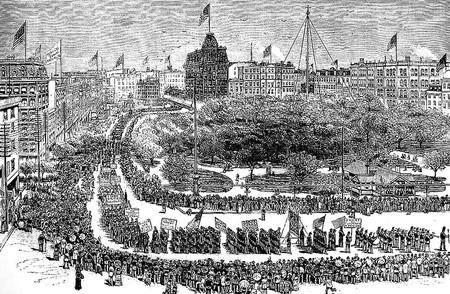 While the First World War was being waged abroad, another conflict was brewing on U.S. soil. In response to more African Americans moving northward in search of work, white workers in East St. Louis, Illinois, initiated a race riot in the city’s African-American neighborhoods. The violent episode took the lives of at least 48 people, according to The New York Times, and prompted a New York City event which would come to be known as the Silent Parade. On July 28, 1917, the NAACP led a march of nearly 10,000 people down Fifth Avenue to draw attention to the plight of African Americans. The first of many protests against racial violence in this country, the Silent Parade, so named for its wordless crowd, spoke volumes. 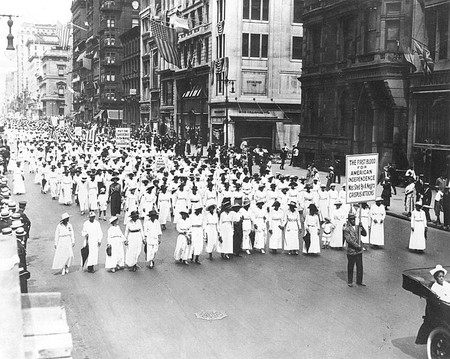 By its own account, legendary New York City gay club the Stonewall Inn is “where Gay Pride began.” Also, by its own admission, this beginning wasn’t a pretty one. On June 28, 1969, officers executed a raid on the Stonewall Inn as part of regular “city-sanctioned harassment by the police department”; only this night, events did not proceed as normal. The 200 bar patrons refused to cooperate with the eight police officers present, who soon found themselves outnumbered by some 600 people. In an ironic turn of events, the officers, concerned for their safety, would barricade themselves inside the Stonewall Inn. An explosive street battle erupted, repeating for several nights and resulting in the destruction of property, bodily injuries, and five arrests. Today, officers are welcome at the Stonewall Inn—as patrons—and the bar’s city is home to the world’s largest Pride celebration.

🏳️‍🌈✊On this day in 1969, #MarshaPJohnson, #SylviaRivera, and a group of queer kids fought back against a police raid at NYC's #StonewallInn and the modern LGBTQ rights movement was never the same. A Year later, the Christopher Street Liberation Day Parade occurred and what we know as the Pride Parade was born. . Thank you Marsha, thank you Sylvia, thank you to all those who fought and continue to fight for LGBTQ equality. We honor you and will never forget you. ❤️💛💚💙💜 #StonewallRiots

On June 12, 1982, an estimated one million people converged on New York City’s Central Park to call for an end to the nuclear arms race perpetuated some 30 years prior. Hundreds of peaceful protesters camped overnight for what would be credited as “the largest [demonstration] ever in the city.” In a precursor to some of the mass protests of today, celebrities, including demonstration performers Bruce Springsteen and James Taylor, came out in droves for this event.

It’s poetic that the Financial District’s tiny Zuccotti Park would be the birthplace of a worldwide movement protesting inequality. We’re referring, of course, to 2011’s Occupy Wall Street, a protest which, though successful in coining lasting political concepts like that of the 99% and the 1%, could hardly be considered an “organized” demonstration. On September 17, 2011, just as the dust of America’s financial crisis began to settle, people began gathering near Wall Street in Lower Manhattan in protest of economic inequality in America. For several months, hundreds occupied the area, going so far as to create a tent city. The movement was heavily criticized for its unclear goals and disorganization (Occupy was an anarchist protest) but can take credit for spawning a generation of activists. 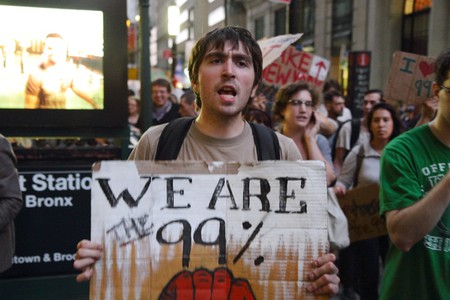 One need only look to New York’s recent past to find an example of the city’s modern protest style. At 2017’s Women’s March on NYC, more than 400,000 people passed through Midtown on their way to a barricaded Trump Tower. The participants, who called for women’s rights while protesting Donald Trump’s “misogynistic comments about women,” attempted to take their grievances straight to Trump’s door but were blocked by police. Marchers included people of all genders, ethnicities, and ages, many of whom sported handmade signs emblazoned with tongue-in-cheek sayings, the preferred accessory of the contemporary protester. 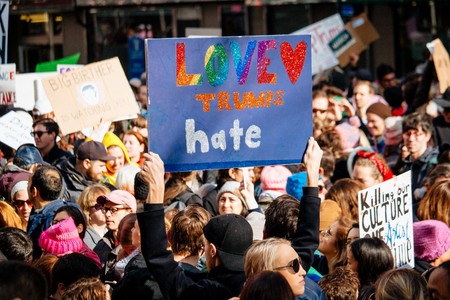 March for Our Lives

The most recent New York City protest took place on March 24, 2018. Nearly 200,000 people participated in the New York iteration of the nationwide demonstration, March for Our Lives. Prompted by the February 14th mass shooting at Marjory Stoneman Douglas High School in Parkland, Florida, student survivors organized this call for gun control in America. March for Our Lives was just one form of student-led protests responding to the Parkland massacre. The viral demonstration has been supported by staged walkouts, statehouse visits, and, finally, more than mere hashtags. 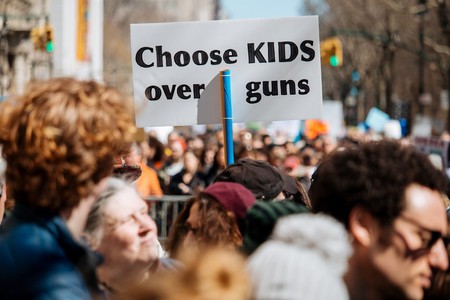 March for Our Lives, NYC | © mathiaswasik / Flickr
Give us feedback