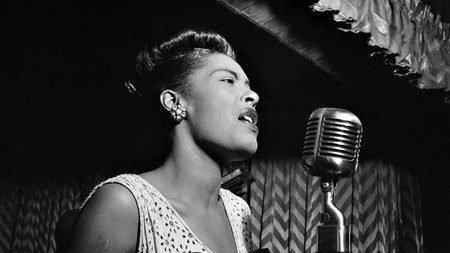 Wonderful New York has helped to shape thousands of famous people. From writers to musicians, and a president’s wife, here are 10 New Yorkers who have achieved national and international prominence.

Born into a wealthy family at 14 West 23rd Street in Manhattan, Edith Wharton (1862-1937) refused to accept a role as a society wife and pushed herself to become one of the foremost English writers in the early 20th century.

First-hand knowledge of high society fuelled her scathing observations of the morals and manners of the Gilded Age, notably in The House of Mirth (1905) and The Age of Innocence (1920); the latter novel made her the first woman to win the Pulitzer prize for fiction. She settled in Paris and in 1916 was awarded the Légion d’honneur for her humanitarian work with refugees during the First World War.

A born-and-bred New Yorker, Jacqueline Lee “Jackie” Bouvier (1929-1994) was working as a photographer-reporter at the Washington Times-Herald when in the early 1950s she met and married John F Kennedy, a congressman who became president in 1961. She was a popular first lady but it was after JFK’s assassination in Dallas in 1963 that the American people took her to their hearts.

Four days after the president’s funeral, at which she cut a dignified figure, Mrs Kennedy gave an interview to Theodore H White of Life magazine. “Don’t let it be forgot that for one brief shining moment there was Camelot,” she told White, quoting the stage musical. She thus cast in the mind of the nation a golden aura around the Kennedy presidency that no amount of retrospective scandal could diminish. She later moved permanently to Manhattan where she worked in publishing. In 1968 she married Aristotle Onassis, her long-term friend and a Greek shipping tycoon. 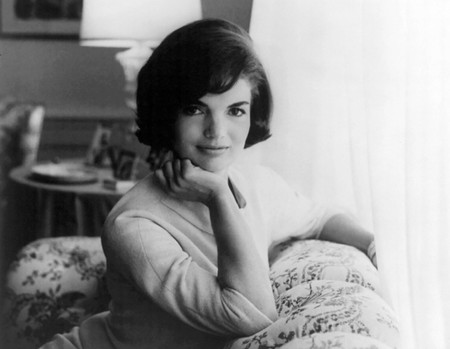 Nellie Bly (1864-1922), a ground-breaking investigative journalist, was born Elizabeth Cochran in Cochran’s Mills, Pennsylvania. She acquired her famous byline at the Pittsburgh Dispatch in 1885 and was soon sent to Mexico, where she filed articles on hardship and corruption that led to her expulsion from the country. In 1887, she joined Joseph Pulitzer’s New York World. For one early assignment she feigned mental illness to be admitted to the Women’s Lunatic Asylum (on modern-day Roosevelt Island). Released after 10 days, she wrote a six-part exposé damning the conditions at the asylum. This led to improvements in patient care.

By 1889 she was America’s most famous female journalist and that November set out to circle the globe quicker than Phileas Fogg, the hero of Jules Verne’s Around the World in Eighty Days. She completed the journey in 72 days. Her millionaire husband died in 1903 and Bly inherited a steel-container manufacturing company for which she patented inventions. After the company went bankrupt, she returned to journalism and reported from the front line in World War I.

The possessor of a languid, low-key purr, Billie Holiday (1915-1959) was one of the greatest jazz and blues singers of the 1930s and 1940s. She was born Eleanora Fagan (or Elinore Harris) in Philadelphia. She had a troubled childhood, in part due to the absence of her jazz-musician father. In 1929, Holiday and Sadie, her mother, moved to Harlem, New York, where she worked as a cleaner.

After failing an audition as a dancer, Holiday began to sing in clubs and made her first recording in 1933. She honed her intimate, improvisatory style and in just a few years had achieved star status and become an influence on other singers. Through her songs Holiday painted an image of herself as a melancholy loser in love. In real life, she fell prey to exploitative men. A heavy drinker and heroin user, she died in Harlem. Nothing has eclipsed the emotional intensity of her voice.

Herman Melville (1819-1891) was born in a boarding house that stood at 6 Pearl Street in what is now the financial district of Lower Manhattan. The house has long gone but a plaque and a bust mark the spot. As a young seaman Melville sailed on two whalers and a harpooner. His adventures, which included capture and a mutiny, fed his early novels Typee (1846) and Omoo (1847), as well as his 10th and last one, Billy Budd (1891, published 1924).

Regarded as one of the great American novels, Moby-Dick (1851) – the tale of Captain Ahab’s obsessive pursuit of the eponymous white whale – was unsuccessful in its author’s lifetime. By 1866, Melville was working as a customs inspector at New York docks, a job he kept for 19 years.

The birth-control activist and sex educator Margaret Sanger (1879-1966) was born in Corning, New York state. A radical leftist feminist, she moved to Greenwich Village in 1910 to work as a nurse among the poor of the Lower East Side. After seeing a woman die from a self-induced abortion, Sanger resolved to make birth control available to women. The Comstock law, which banned the sending of contraceptives by post, pushed Sanger into exile in the UK in 1915.

The following year she spent 30 days in jail for opening a birth-control clinic in Brooklyn. In 1921, she founded the American Birth Control League, a precursor of the Planned Parenthood Federation, and two years later opened the first legal birth-control clinic at 45 West 15th Street in Manhattan; it moved to 17 West 16th Street in 1930 and remained open until 1973. In the 1950s, Sanger (who controversially had supported eugenics) underwrote the research for developing the first contraceptive pill. 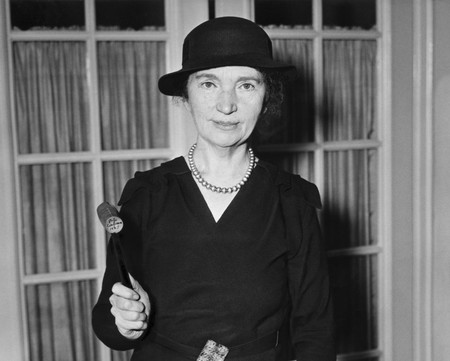 A sickly child, it was ironic that Theodore “Teddy” Roosevelt Jr (1858-1919) became a figurehead for American masculinity and outdoorsmanship. He was born in a Manhattan townhouse at 28 East 20th Street in 1858 and in his late 20s moved to the Dakota Territory to learn to be a cowboy and bison hunter. He was already a reformist Republican politician when he heroically led the Rough Riders, the 1st US Volunteer Cavalry, in the 1898 Spanish-American War.

He took office as vice-president in March 1901 and six months later became the 26th president after the assassination of President William McKinley. The face of progressivism and Square Deal politics, Roosevelt served until 1909. He is one of the four presidents commemorated at Mount Rushmore, South Dakota. 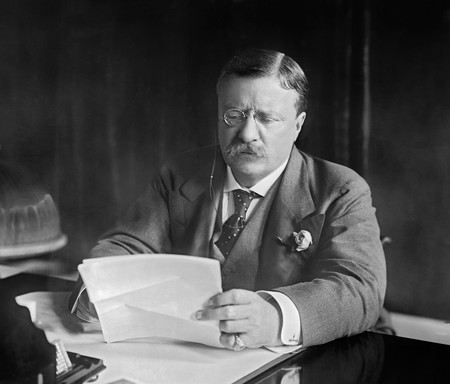 Political trailblazer Shirley Chisholm (1924-2005) was born in Bedford-Stuyvesant, Brooklyn. Forty years later this champion of America’s working-class became the first African American woman from Brooklyn to be elected to the New York State Assembly. Her best-known piece of legislation created the Search for Education, Elevation and Knowledge program, which enabled low-income students to pursue further education.

In 1968, Chisholm became the first African American woman to be elected to congress. She served New York’s 12th congressional district – which included Bed-Stuy – from 1969 to 1983. Chisholm fought for the legalisation of abortion and other women’s rights, as well as lesbian and gay rights. She was posthumously awarded the Presidential Medal of Freedom in 2015.

George Gershwin (1898-1937) was one of America’s greatest classical composers and writers of jazz and popular songs. Born at 242 Snediker Avenue in East New York, Brooklyn, in 1898, Gershwin began his career as a piano player and song-plugger on Tin Pan Alley when he was 15. He was soon composing songs and collaborating with William Daly, an orchestrator and musical director, on Broadway musicals.

In 1924, he wrote his masterpiece, the jazz-influenced Rhapsody in Blue. After short spells in Paris (which inspired the 1951 musical An American in Paris) and Hollywood, Gershwin composed Porgy and Bess (1935), a hybrid opera and African-American musical regarded as his most ambitious work. He was working on Hollywood projects when he died after surgery on a brain tumour in 1937. Among the standards he wrote are Swanee, Someone to Watch Over Me, ’S Wonderful, I Got Rhythm, You Can’t Take That Away From Me and Embraceable You.

The painter and illustrator Norman Rockwell (1894-1978) – celebrated for his frequently humorous and nostalgic depictions of small-town American life – was born on West 103rd Street in Manhattan. Appointed art editor for Boys’ Life magazine when he was 19, Rockwell began painting for the Saturday Evening Post in 1916, and by 1963 he had contributed 323 covers to the weekly. The humble settings of his paintings were indicative of his values: the soda counter, doctor’s office, baseball field, hair salon, schoolroom – and, frequently, home sweet home.

In 1943, Rockwell’s idealised Four Freedoms paintings toured the country, raising $132 million in war bonds. As an illustrator for Look magazine from 1963 to 1973, he adapted to the times, contributing memorable paintings about racism including The Problem We All Live With, Southern Justice and New Kids in the Neighborhood. 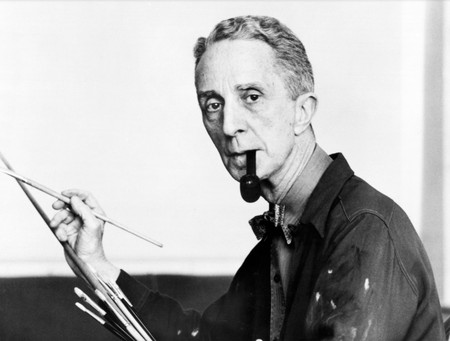 This article is an updated version of a story created by Vincent Amoroso.