Restaurant, Butcher, Bakery, North American, American, Canadian, $$$
The Butcher's Daughter | © Courtesy of The Butcher's Daughter
Have your most important meal of the day at Black Seed Bagels. The Montreal-New York hybrids here, which come in flavors like salt and sesame and are topped with everything from maple bacon and spicy mayo to seasoned beef and cheddar cheese, promise to be the most unique noshes you’ll have all day.

Make your weekend complete with this limited Stromboli Bagel feat. @pizzalovesemily. You won’t be sorry 🍕. 📸: @friendswithforks

We're here for all of your fast breaking needs! Fresh bagels and classic sandwiches all day. Please note we'll be staying open later than usual to keep you stocked. 📷: @sashalampert // @bullfrogandbaum 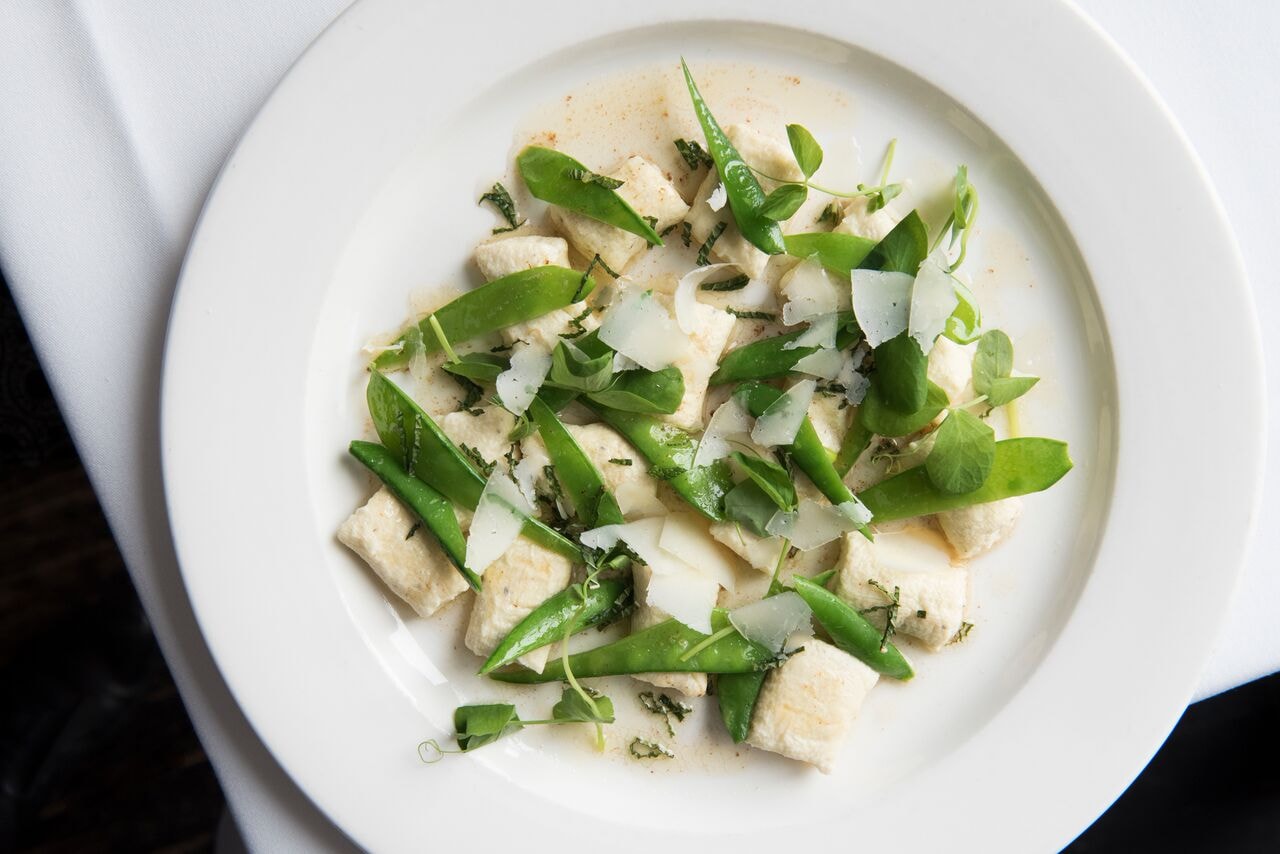 Restaurant, Sushi, $$$
Consider your lunch plans sorted: Blue Ribbon Sushi Bar is an ideal destination for work outings, friendly catch-ups, and even your next date. The expansive Battery Park outpost of 30 Rock’s celebrated sushi bar offers everything from omakase to customizable bento boxes to sushi, making it great for groups—or group-sized appetites. Tip: The Blue Ribbon roll, featuring a lobster half, shiso, and black caviar, is a must-order here.

Restaurant, American, Fast Food, $$$
Shake Shack, Murray Street | Courtesy of Shake Shack
New York’s favorite chain is as dependable (and delicious) as ever in Battery Park, where ‘Shroom Burgers are served with a side of stunning scenery. Discover why Shake Shack has achieved its cult following for yourself when you order a ShackBurger, a special brew from Brooklyn Brewery, or the Wall Street-themed frozen custard unique to this location. 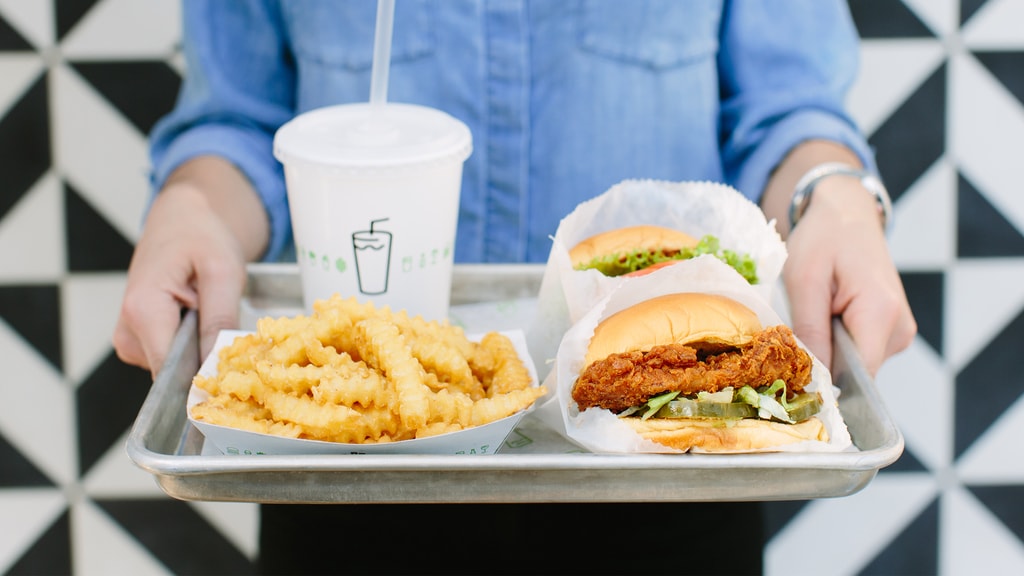 The same team behind FiDi’s The Dead Rabbit brings you BlackTail, a Prohibition-era-themed spot cooking up Cuban cuisine by way of America. Here, classic Cuban sandwiches are perfectly prepared; sofrito-seasoned mussels and shrimp come peppered with chorizo. Empanadas are filled with manchego and “sloppy” short rib ragout, and everything is washed down by old-school drinks such as highballs and punches.

Here’s one dish on the new seasonal menu that’s already a big hit. It’s Mussels and Shrimp, with chorizo and Cuban sofrito, served with toasted bread. You can think of it as a paella without the rice. And the secret is that sofrito – the essential Cuban spice base that makes you go, mmmmm… Be sure to try it the next time you’re in. Just ask for the dish that puts the ish in delish. We’ll know what you mean. Photo by @brentherrig.

Restaurant, $$$
Blue Smoke, Vesey Street | Courtesy of Blue Smoke, credit: Liz Clayman
For a meal that the whole family will love (though there may be some less-than-loving fighting over the last Alabama white sauce wing), book it to Blue Smoke. Danny Meyer’s Union Square Hospitality Group is behind this popular barbecue joint known for its spare, baby back, and salt and pepper ribs. Tip: Don’t skimp on sides here, where one Yelp reviewer described the mac and cheese as being ‘too gooey’—as if there was such a thing! 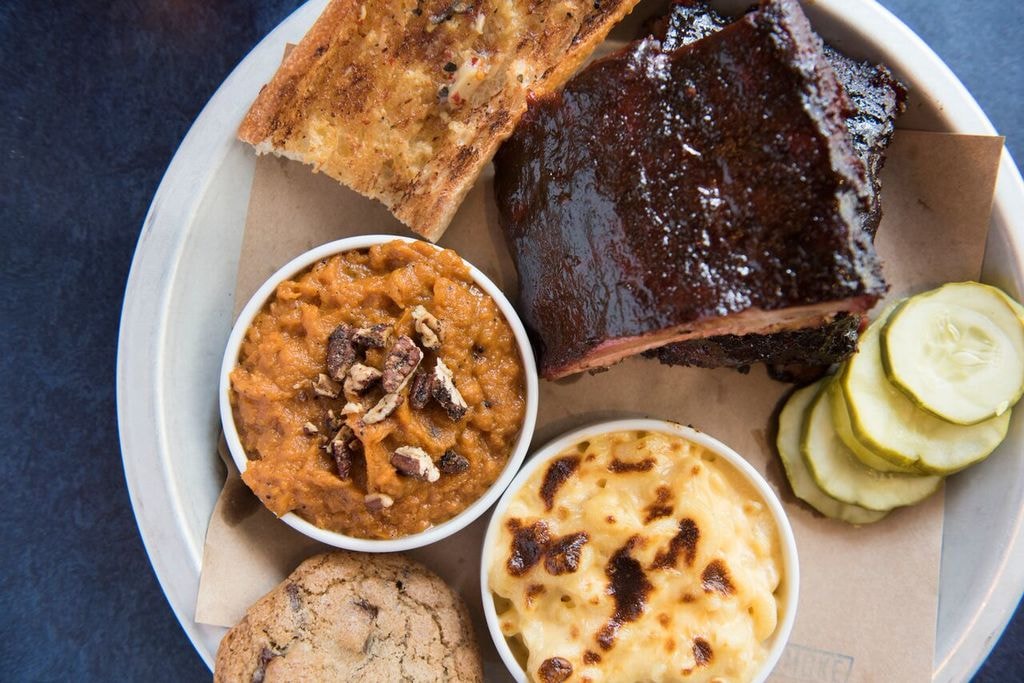 Restaurant, $$$
After sampling the Smoke, have yourself a battle of the barbecues at nearby Mighty Quinn’s BBQ. (Spoiler alert: Everyone is a winner in this scenario.) This international chain is based in New York City, where the (in)famous Brontosaurus beef rib, pulled pork sandwiches, and burnt ends dirty frites are considered hometown heroes. 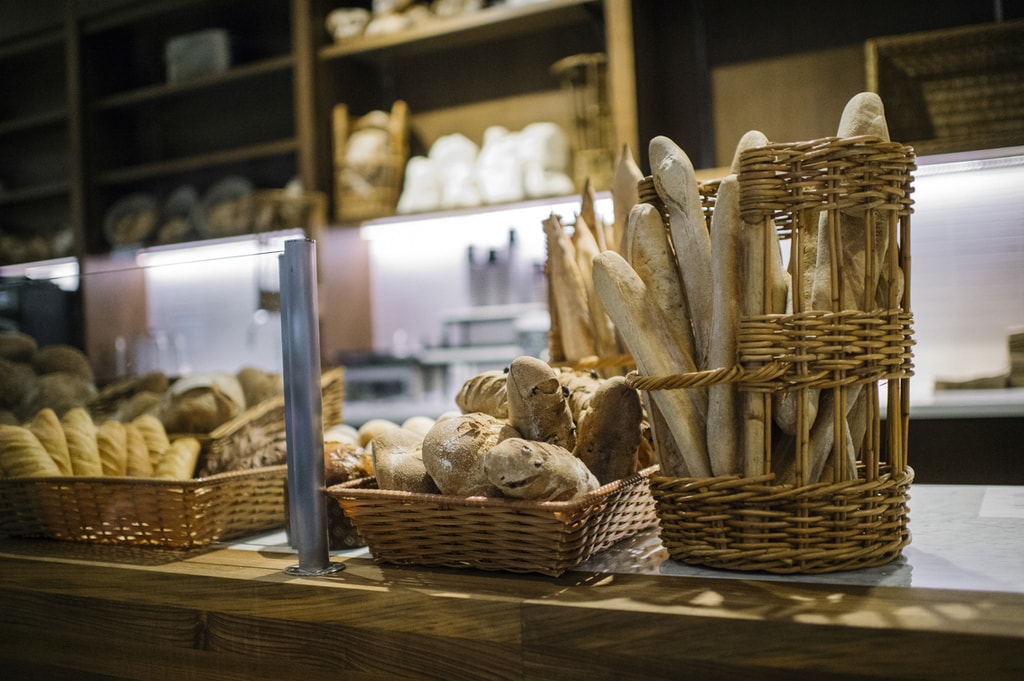 Restaurant, Spanish, Tapas
Sample more than just the Spanish lifestyle at Amada, an Andalusian tapas bar and restaurant. From shared plates of patatas bravas and ham croquettes to entrées including a whole roasted suckling pig to an extensive list of exclusively Spanish wines, Amada is as close to Spain as you can get without booking a flight.

Crispy potatoes with aioli on top, known otherwise as tater tots for adults. Get into it. #EEEEEATS #InfatuationNYC

Pizzeria, Restaurant, Italian, $$$
Every neighborhood needs a pizza place, and in Battery Park City, it’s Inatteso Pizzabar. At this inatteso (Italian for “unexpected”) eatery, both Neapolitan and “della nonna”-style pies impress with toppings such as imported buffalo mozzarella, spicy honey, and house-made meatballs.

We brought your favorite pizza back! The Inatteso is waiting for you….. mozzarella, ricotta, smoked eggplant purée, arugula, ricotta salata, aged balsamic