The Best Public Art in New York City in 2019 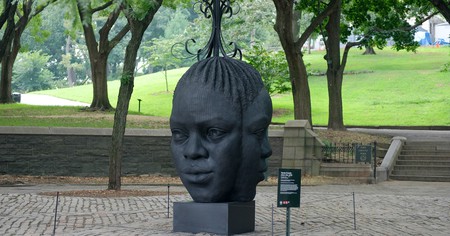 Don’t have time to get lost inside an art gallery or museum for hours, but still want to appreciate art in New York City? Sculptures, installations and exhibitions are sprinkled throughout the five boroughs in public spaces such as parks and squares, or simply on the sidewalk, all available for free.

Getting a piece of artwork displayed in a public setting in New York City can be tricky and costly. There are two routes: via non-profits like the Public Art Fund and Creative Time, or via Business Improvement Districts (BIDs), public-private partnerships that oversee quality-of-life improvements in a community. Regardless of what approval means are used to get the art displayed, the benefits of foot traffic and visibility are huge for the artists and their messages. Here are some artists who will be showcasing their works throughout New York City in 2019.

The Public Art Fund is presenting the re-staging of Siah Armajani’s seminal public-art installation. First exhibited as a temporary installation in Minneapolis, Bridge Over Tree will be presented for the first time since 1970. The installation consists of a 91-foot (28-meter) walkway with open, trussed sides and a shingled roof, with a set of stairs climbing and descending over a small evergreen tree. 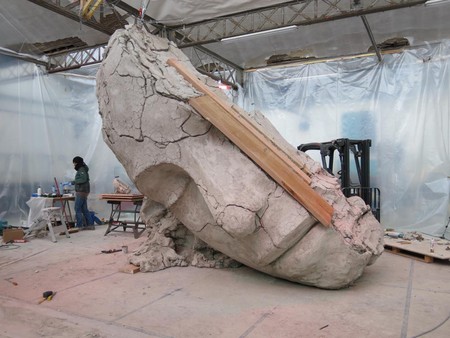 Consisting of five large-scale sculptures, Estructuras Monumentales is the first major exhibition of outdoor sculptures by Cuban-born, New York-based artist Carmen Herrera. She began conceiving her idea for this series – a physical, three-dimensional manifestation of her painted forms – in the late 1960s. These aluminum structures, including three newly realized sculptures based on historic designs and two never before seen in the US, feature strong lines and monochromatic colors. 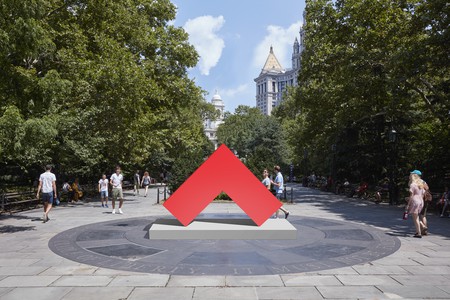 Gillie and Marc: ‘Statues for Equality’

Married Australian artists Gillie and Marc Schattner, known simply as Gillie and Marc, plan to unveil their most ambitious public-art project yet in 2019: Statues for Equality. Comprising 10 pieces featuring powerful women like Oprah Winfrey and Cate Blanchett, the statues will reside in Rockefeller Plaza. The project’s aim is to shine a light on the gender gap in New York City’s public statues: only 3 percent are of women.

Pope.L: Instigation, Aspiration, Perspiration is three complementary exhibitions from Newark-born artist Pope.L, organized by the Public Art Fund, Whitney Museum and Museum of Modern Art. The Public Art Fund will present Conquest, the free outdoor component of the Pope.L trio, which is slated for debut this fall. The outdoor commission is inspired by the artist’s famous crawls, in which he drags his body through the urban landscape. 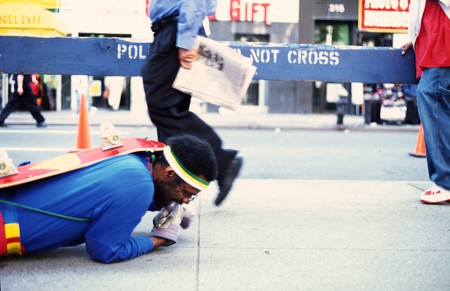 ‘Conquest’ is inspired by the artist’s crawls, in which he drags his body through the urban landscape | © Pope.L 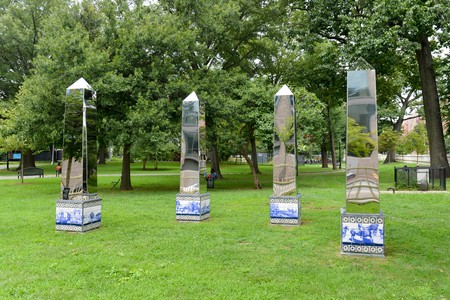 Lina Montoya’s Mariposas Lamps is a set of yellow, illuminated butterflies perched on lamps overlooking Corporal Thompson Park. Inspired by Gabriel García Márquez’s One Hundred Years of Solitude (1967), Montoya’s sculptures redefine a butterfly as a symbol of freedom and migration. The work is part of the series La Isla Bonita, a beautification project seeking to transform public spaces via public art and community engagement. Other works by Montoya, including Ballena & Vallenato and Dolphins del Fin, are also currently on display around Staten Island. 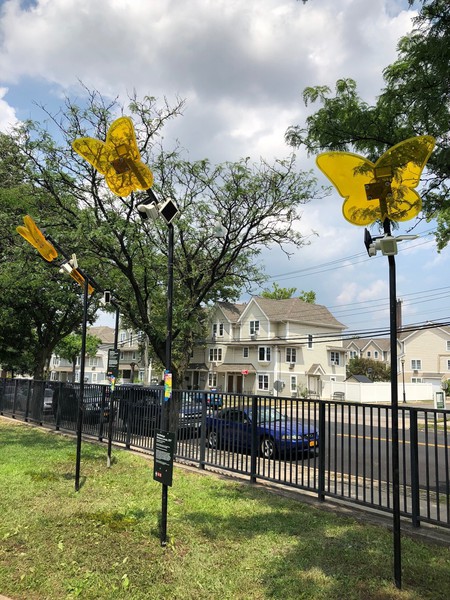 Adorn Me by Tanda Francis examines the African presence, or lack thereof, in public spaces as a force of beauty and cultural relevance. Drawing inspiration from African sculptural traditions, Francis also uses Victorian and colonial ornamentation in her work to address the under-representation of this demographic in public art. 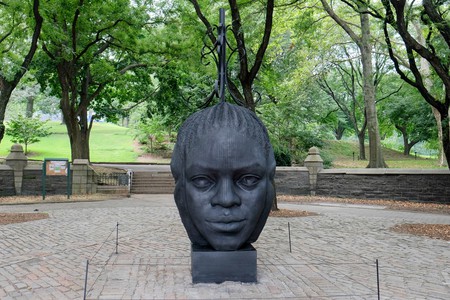 Lifelong Bronx resident Andre Trenier pays homage to the immigrant community that provides the lifeblood and strength of the Bronx with Rep Your Flag. Comprising 16 flags determined by input from the community, this exhibition features flags of Ghana, Haiti, Italy, Mexico and Puerto Rico, among others. 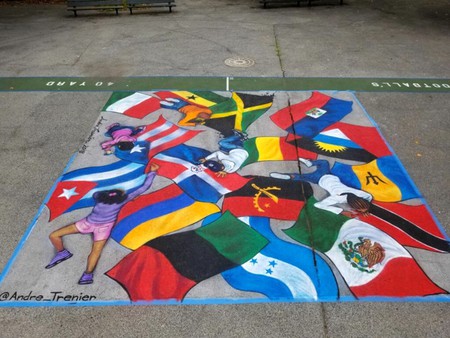 Commissioned by the Madison Square Park Conservancy, artist Arlene Shechet’s Full Steam Ahead is her first major public-art project. Featuring a series of new sculptures crafted out of porcelain, wood, steel and cast iron, Full Steam Ahead is installed within and around the emptied reflecting pool in the north of the park. Shechet calls the project “a manufactured version of nature.”