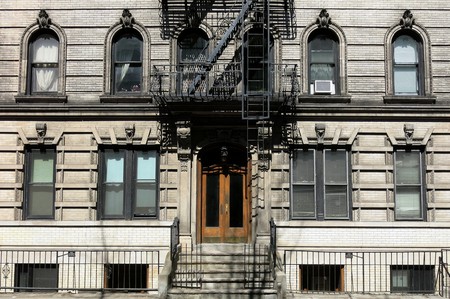 Those who believe that New York City is no place to raise a child have never really tried it. Throughout the city (but especially in Brooklyn and Queens), there are quieter neighborhoods that actually provide ideal environments for raising little ones. For young families that don’t want to leave behind the hustle and bustle of New York just yet but still want a safe environment to raise their children, here are six of the best neighborhoods in which to settle down.

Park Slope is probably one of the best-known neighborhoods for young families, and for good reason. Its proximity to Prospect Park makes it a great place to raise kids, but with an ever-growing restaurant and bar scene, there’s still plenty of reasons for cool, young parents to stay in the neighborhood. There’s easy access to many major chains, an organic food co-op, and even some 24-hour places, should your families have an emergency in the middle of the night.

Park Slope may be the prettiest spot in the city right now.

For cool, young families who want something a little more off the beaten path, Fort Greene remains one of New York City’s untapped treasures. The tree-lined streets and old architecture are scenic, while traffic is slow enough that kids can still play outside. Fort Greene Park is a charming escape (only a few blocks away), and the neighborhood is home to some of the coolest cafés in all of Brooklyn.

Cobble Hill may be the envy of all other Brooklyn neighborhoods for one reason alone: there is a Trader Joe’s so, so close. For those who prioritize convenience (the Atlantic Avenue subway station is within walking distance) while still desiring a bit of charm (there are cobblestone streets), Cobble Hill could end up being the perfect compromise. Plus, there are quite a few restaurants in the ‘hood that specialize in dealing with kids.

Families who are willing to spring on some pricey real estate for a laid-back vibe for their children should feel at home in the West Village. The neighborhood is one of the few remaining in New York with a real community vibe. It’s a slower part of town that picks right back up again if you only walk a few blocks towards Broadway. There’s easy waterfront access, sleepy side streets and charming townhouses for the young family who wants to have it all.

hidden gems are supposed to be found ☀️ today was such a wonderful day even though it was borderline too hot and i definitely got sunburned…oh well ☺ i hope everyone has an amazing weekend!!

On the Upper West Side, there’s (of course) Central Park nearby, but there’s also the much-less-touristy Riverside Park. And the ultimate kid-pleaser, the Museum of Natural History, is right there. There are plenty of great schools, activities for children and legendary supermarkets and shops. But one of the best parts of the neighborhood is how easy it is to get downtown if you need an escape.

For those who love the idea of Queens but don’t want to venture too far away from Manhattan, Sunnyside offers a perfect compromise. The small neighborhood feels almost suburban, and it’s possible to get an actual home with a small garden. There are also private community gardens easily accessible. Plus, Sunnyside has unparalleled views of Manhattan for those who want to look at the city across the river.