The Best Hotels near the American Museum of Natural History, New York 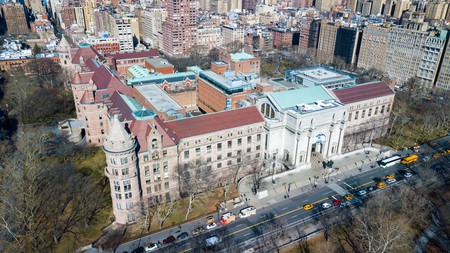 Halfway up Central Park on the Upper West Side of Manhattan, you’ll find the renowned American Museum of Natural History in New York City. Whether you’re traveling with kids or just eager to discover more about the universe, here are the best places to stay nearby.

The American Museum of Natural History is one of the city’s most recognizable cultural institutions. You might remember it from blockbusters including Night at the Museum and Men in Black II. Inside, prehistoric fossils sit alongside dinosaur skeletons and an impressive 94-foot (29-meter) model of a blue whale suspended from the ceiling. Its Upper West Side location also puts it close to Central Park and many popular restaurants, cafes and bars in New York. Need suggestions for a hotel? We’ve got you covered – and they’re bookable through Culture Trip. 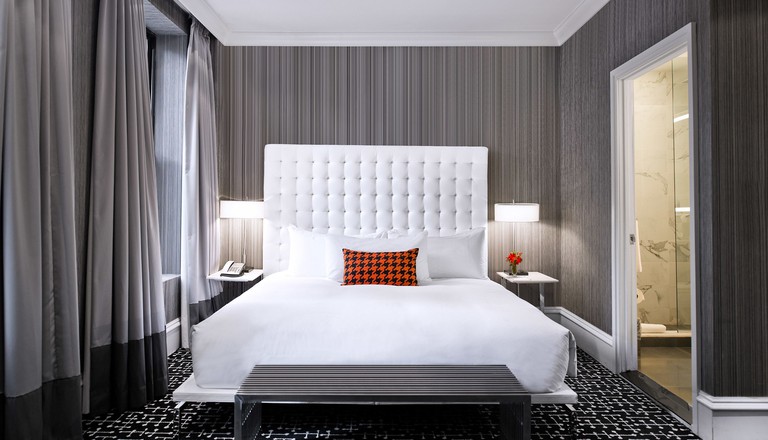 This Theater District hotel offers an unbeatable location if you plan to take in a few Broadway shows during your spell in the Big Apple. The decor follows a chic, retro aesthetic, with bright pops of color, bold geometric prints and vibrant artwork strung throughout the space. Rooms are ultra-modern, featuring stainless steel furnishings, upholstered headboards and woven carpeting. You’ll also have access to the round-the-clock fitness center at the nearby Ameritania at Times Square Hotel. 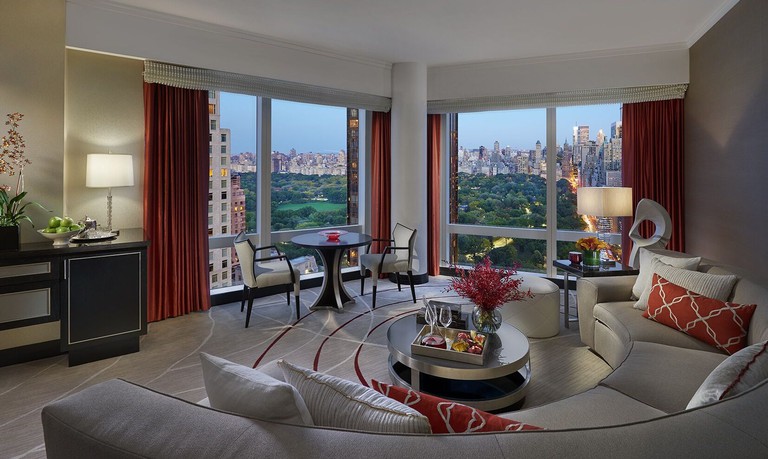 Blending old-world sophistication with contemporary touches, this timeless hotel at Columbus Circle is one of the top five-star accommodations in the city. The spacious rooms feature views of either the Hudson River, Central Park or Manhattan skyline, and are outfitted with expansive windows and seriously stylish furnishings. Pamper yourself with an indulgent treatment at the on-site spa, take a languorous dip in the indoor pool or practice yoga at the fitness center. The American Museum of Natural History is just two subway stops away on the C line.

The Carlyle, A Rosewood Hotel 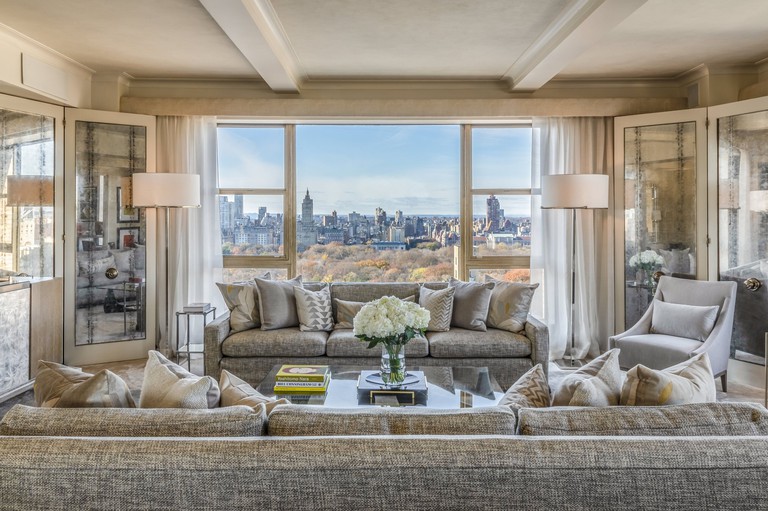 © The Carlyle, A Rosewood Hotel / Expedia

With its stately, stylish suites, this Upper East Side hotel is ideal for those who want to splurge a little on their stay. Each enormous suite has a generous living area, king-sized bed and plenty of comfy reading nooks. The Central Park suite also comes with floor-to-ceiling windows offering panoramic views over the urban greenery. For dinner, tuck into American-European dishes at the elegant Carlyle Restaurant, before ending your evening with martinis at Bemelmans Bar. 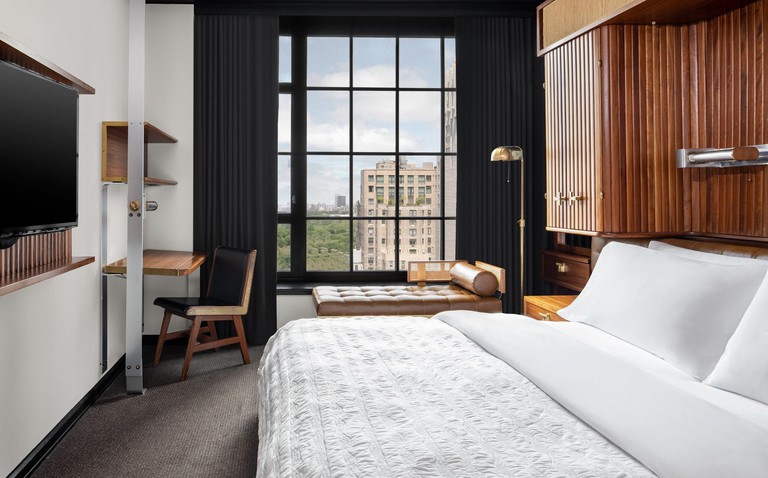 This centrally located hotel is a quick stroll from Central Park, providing a picturesque route to the museum. Carnegie Hall, Fifth Avenue and the Museum of Modern Art are also nearby. Inside the hotel, take your pick from a range of welcoming rooms and suites, all of which come with custom-wood furnishings and large beds topped with Frette luxury linens. Need to unwind after a long day of exploring? Kick back at the rooftop bar, which specializes in drinks made with small-batch spirits. 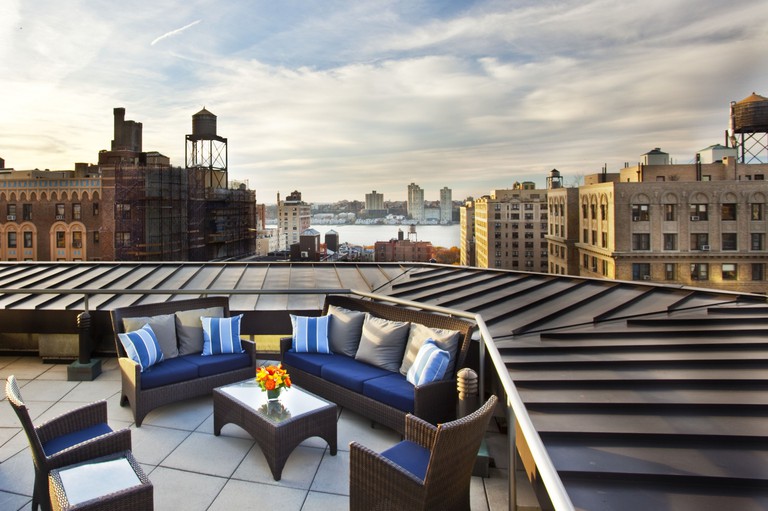 Like your hotels with a vintage vibe? This restored heritage stay is perfect for you. The century-old building retains a number of its original touches, including a quaint 1920s French elevator system and antique vintage fireplace. Rooms are styled like a New York loft, complete with exposed brick walls, plus some have private balconies. Stop by the speakeasy-themed Arthouse Bar for live music and a deliciously sour negroni or two. 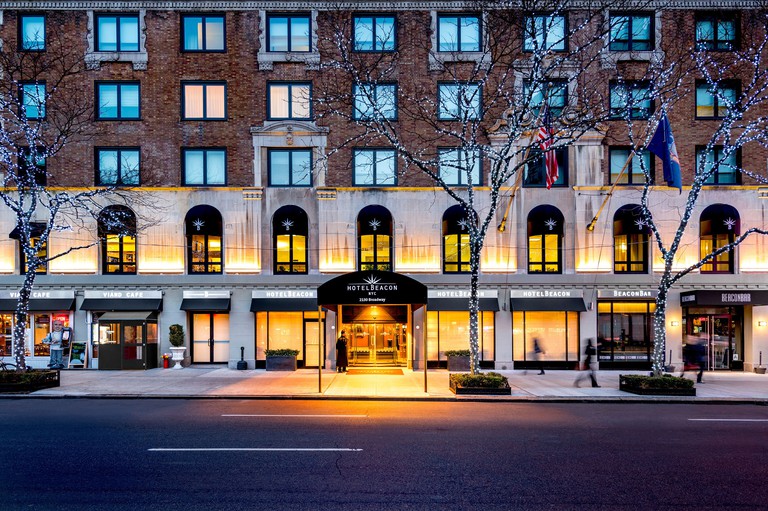 You won’t find many hotels with cooking facilities in New York, but Hotel Beacon’s guest rooms come with rare kitchenettes. Alongside this, you’ll find plush beds, marble bathrooms and separate living areas. Pick up your groceries from nearby Trader Joe’s, or order pad thai from Sala Thai round the corner if you can’t be bothered to cook. You’ll still be treated to hotel amenities here, including a fitness center and cocktail lounge. The museum is an easy 10-minute walk away.

Step back in time at this art deco hotel on the edge of Central Park, classified as a New York Historical Hotel since 1931. You can easily spot the original Essex House sign from blocks away. Inside, expect glittering chandeliers, velvet furnishings and gilded ceilings. Families will appreciate the interconnecting rooms – upgrade to a luxury suite for unparalleled vistas over Manhattan. Drop into the spa for a facial or massage before dinner at Southgate Bar & Restaurant, which offers a menu of classic American fare. 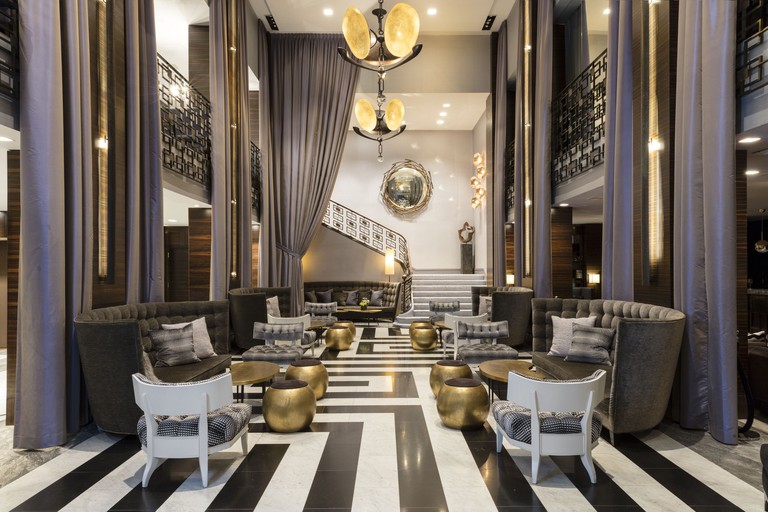 The guest rooms at this Upper West Side jewel follow a stylish aesthetic with plenty of retro touches – think geometric flooring and zebra-print cushions. The oh-so-glamorous Empire Lobby Bar is a must-visit, especially for fans of the TV series Gossip Girl – among the decadent cocktail options is a drink named after the character Chuck Bass. There’s also a breezy rooftop terrace that offers a full food menu alongside picture-perfect city views.

Looking for more inspiration? With help from local insiders we’ve narrowed down the coolest hotels in New York City for a once-in-a-lifetime experience, as well as the best cheap hotels in Manhattan for a more affordable option. Best of all, you can book right here on Culture Trip. For exploring, we’ve curated a New York food experience and a wellness tour of New York, each complete with local tips and can’t-be-missed experiences. We know that will all keep you very busy, so here are the best restaurants for lunch in New York City where you can grab a bite on the go.