The Best Films by Sergio Leone You Must See

Sergio Leone was by far the most significant figure in the development of the Spaghetti Western in the 1960s, a film genre which simultaneously paid tribute to and subverted many of the conventions established by American film-makers in the preceding decades. His films and their themes continue to resonate deeply in the popular consciousness. Take a look at his five greatest masterpieces.

The first part in the iconic Dollars Trilogy, this was the film that propelled a young Clint Eastwood into international stardom. Its release and immediate success resulted in a slew of cheaply made Italian westerns being unleashed onto to market, many of which were of an exceedingly low quality. A Fistful of Dollars is also an unofficial remake of Akira Kurosawa’s Yojimbo (1961). This prompted legal action from the Japanese, resulting in Kurosawa making more money from Leone’s reinterpretation than he did from the original film. Leone’s film nevertheless contains many unique elements,both thematic and technical, that would be refined in his subsequent works. 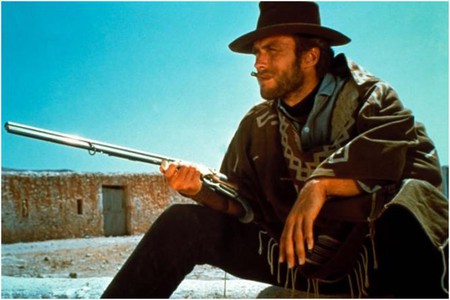 Released just one year after A Fistful of Dollars, the second chapter in the trilogy, For a Few Dollars More, boasted a noticeably larger budget than its predecessor. Consequently, the action takes place on a much larger scale. Gian Maria Volonté, who played the villain in Fistful to great effect, returns as an even more villainous and psychotic character who leads a band of outlaws in terrorising all those who are unfortunate enough to cross their path. Eastwood is a bounty hunter who teams up with Lee Van Cleef in an effort to take him down and get his hands on the reward. The notion that the main character in a western would primarily be motivated by financial gain or self interest was completely alien to the American traditions within the genre, as were the overt depictions of violence and unadulterated sadism relished by the bad guys. Questions of motivation and purpose would continue to dominate Leone’s films as his career progressed.

The conclusion of the Dollars Trilogy is the full evolution and culmination of the ideas that Leone had developed in the preceding films. The scope was now truly epic, with the action taking place amidst the chaos and bloodshed of the American Civil War, and the sweeping cinematography takes on a striking life of its own. Greed, humanity and the meaning of violence are all contemplated as never before in an American western. The score, composed by Leone’s frequent collaborator Ennio Morricone, has become synonymous with westerns as a whole, and the lengthy duels, with close-up shots of piercing human eyes staring ahead with single-minded determination, have been referenced and parodied innumerable times over the years. 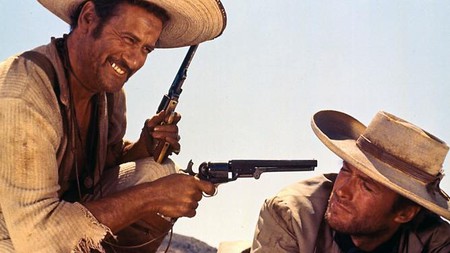 The Good, the Bad and the Ugly | © Produzioni Europee Associati (PEA)

Leone directed this incredible film for Paramount Pictures in 1968, at a time when the American western genre was largely moribund and the American public had generally lost interest in tales of cowboys and Indians, largely due to the huge cultural impact of the Vietnam War. The film might best be described as a love letter to the American western, featuring veteran Hollywood actors such as Henry Fonda, Jason Robards and Charles Bronson in roles that were largely playing against type. What is especially noteworthy is the fact that this was the first of Leone’s films to actually be shot, at least in part, in the United States. Spain had doubled for the US and Mexico in the Dollars Trilogy, but here the larger budget allowed for filming in locations like Monument Valley in the Colorado Plateau. This was where John Ford shot many of his most famous westerns, including The Searchers, so even the landscape itself pays tribute to the American heritage of the Italian western. 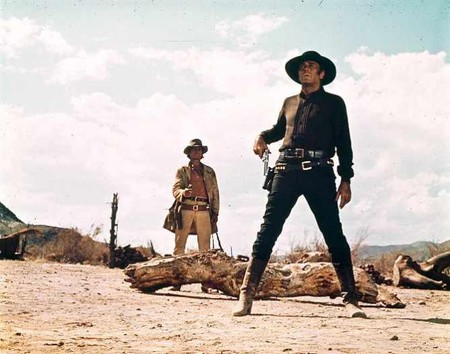 Once Upon a Time in the West | © Paramount Pictures

The final film of Leone’s career, before his death in 1989, here we are taken out of the Wild West and into the mean streets of New York City and the world of organised crime during the Prohibition era. The film’s original running time at its European première was a staggering 229 minutes, but this was crudely cut down to just 139 minutes for the American release. This led to the film being overlooked by both critics and audiences alike, with some unfavourable comparisons to The Godfather being made at the time. But its reputation has rightfully grown over the years and it is now regarded as a truly magnificent epic and a worthy closing entry to a remarkable body of work. 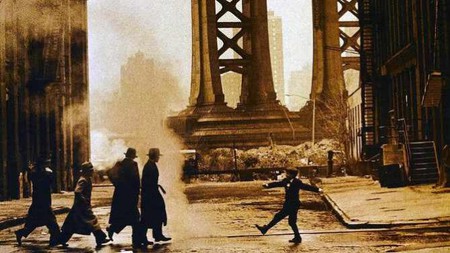 Once Upon a Time in America | © Warner Bros.
Give us feedback