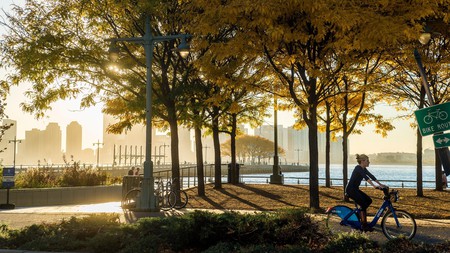 Thanks to a bustling subway and nonstop traffic, cycling could well be the most relaxing way to explore New York City | © Stacy Walsh Rosenstock / Alamy

Sure, traffic here can be intimidating, but New York City is surprisingly primed for cyclists, too. Designated bike lanes and leafy routes easily take you past some of the best culture and entertainment spots in the city. Plus, Citi Bike stations are now ubiquitous in downtown Manhattan and major Brooklyn neighborhoods, making cycling a convenient and affordable way to zip from A to B. 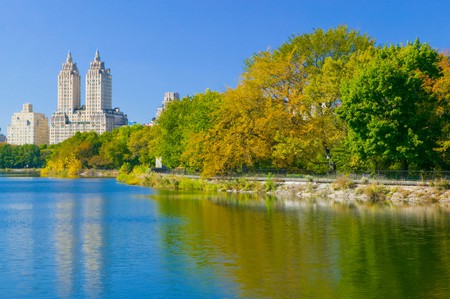 The 6.1mi (9.8km) Central Park Loop wriggles around the edge of the park, taking in well-known sights along the way, including the Jacqueline Kennedy Onassis Reservoir, the boat lake, Belvedere Castle, and the always-atmospheric Strawberry Fields. It also happens to pass several world-class museums, all of which are worth braking for. 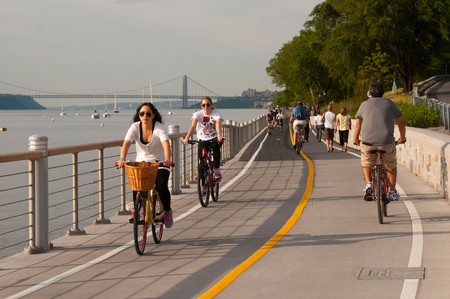 Probably the longest and most scenic cycle route in New York City, the 31mi (50km) Waterfront Greenway goes down the east side of Manhattan, hooks around the bottom of the island, then heads back up the western edge. Start all the way north at Fort Tryon Park and the Cloisters Museum, then pass over George Washington Bridge and the Little Red Lighthouse. Cruise down the East River Greenway past Battery Park and the gleaming Freedom Tower. If you still have energy, carry on under Brooklyn bridge and all the way up the quieter west side. 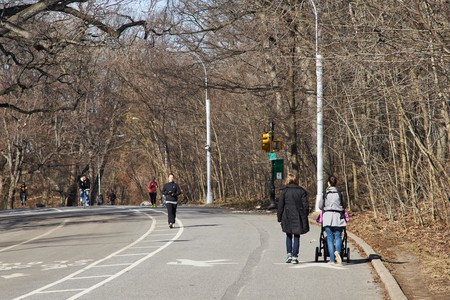 The best-known park in Brooklyn provides a pleasant 3.3mi-long (5.3km) loop for a sunny day, encompassing the lake and wooded areas with trees that stream pink cherry blossom in the spring. Plus, you’re only a stones throw from the sweet neighborhood bars and cafes in Fort Green and Park Slope, which are perfect for refueling. 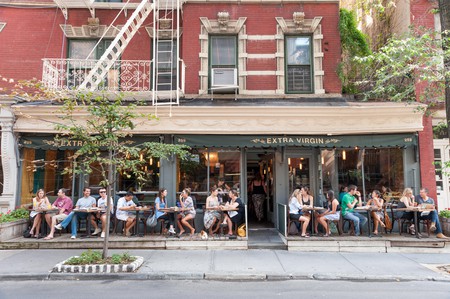 An idle pedal through the gritty yet youthful East Village and the cobbled streets of the West Village is the perfect way to experience the diverse auras New York provides. Pass tattoo studios and designer boutiques, dive bars and quaint Italian restaurants on your way to the Hudson River waterfront – a great place to stop and people-watch. 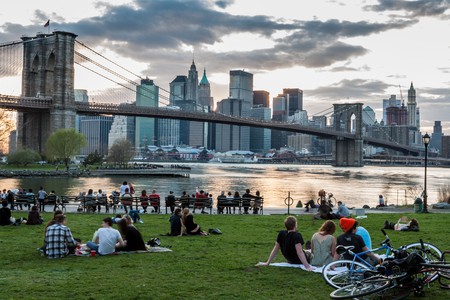 Start your journey in the newly-landscaped gardens of Brooklyn Bridge Park, where locals gather to play sports and utilize the community BBQ grills. From there, cycle the western fringe of Brooklyn all the way to Red Hook, which — thanks to a lack of subway stops — has the feel of a sleepy fishing village. Stop at Brooklyn Crab for a buttery lobster roll and enjoy great views of the Statue of Liberty.

View the map >
If you’re planning a trip to NYC but would like to explore beyond the urban center, our wellness-themed tour of the city includes a bike ride up to Nyack in upstate New York.