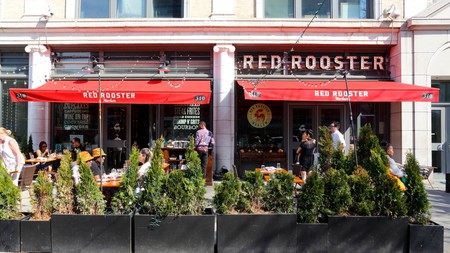 New York City is serious about its dining scene, and these cooks are famous for creating delicious dishes packed with quality and originality.

New York is home to, by some estimates, around 24,000 restaurants, and those chefs who distinguish themselves earn celebrity status that is often parlayed into a string of TV appearances, cookbooks and a line of frozen meals – although, sometimes these accolades come before a brick-and-mortar location. Not every star is worth their salt, as evidenced by Guy Fieri’s ill-fated American Kitchen & Bar, so Culture Trip is here to recommend the best celeb-helmed restaurants. 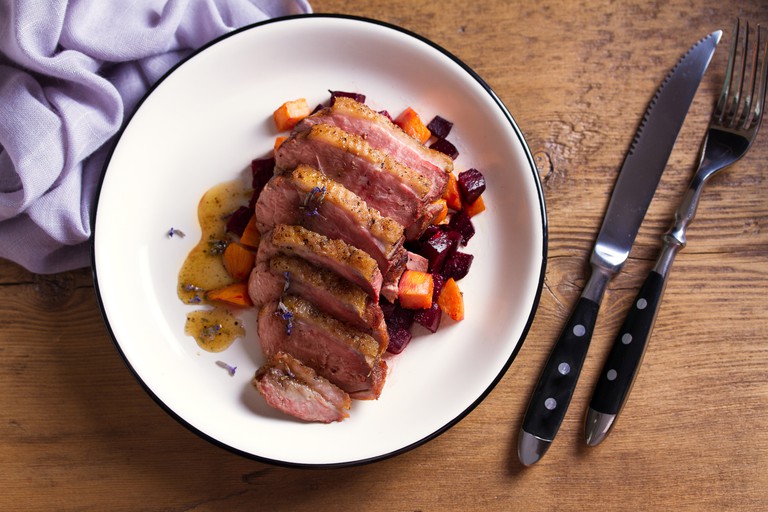 The first restaurant in Charlie Palmer’s empire, which now encompasses 19 restaurants and hotels throughout the country, opened in 1988 when the chef was just 28 years old. Palmer was an early adopter of farm-sourced ingredients, which he integrated into his signature “progressive American”-style dishes, a modern take on classic European cooking that uses American artisanal products. Aureole, originally located on the Upper East Side, is housed in the environmentally advanced Bank of America Tower in Midtown, where it has two distinct seating areas: the Aureole Dining Room and Aureole Liberty Room. The former is more of a fine-dining experience comapred to the latter’s casual, bar-like setting. The menu is prix fixe, and main-course options include herb-crusted duck breast and slow-braised veal cheek. 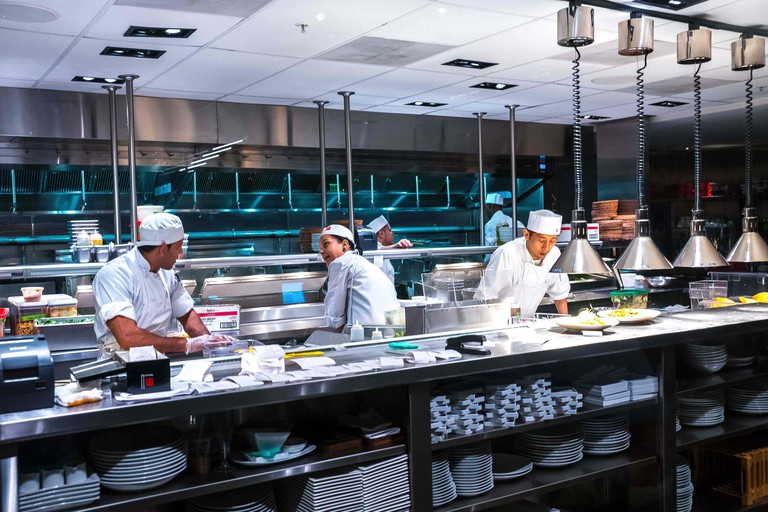 Masaharu Morimoto began his career as an executive chef at the original Nobu restaurant in 1994 before he began appearing on Iron Chef. His eponymous Japanese restaurant in Chelsea is a sleek and futuristic 12,000-square-foot (1,115-square-meter) space that opened in 2006 and won the James Beard Foundation Award for Outstanding Restaurant Design. Chef Morimoto is known for his Asian fusion meals – including tuna pizza and grilled wagyu skewers – and the presentation of his daily sushi and nigiri selection, which the menu suggests to order omakase, Japanese for “I’ll leave it up to you.” 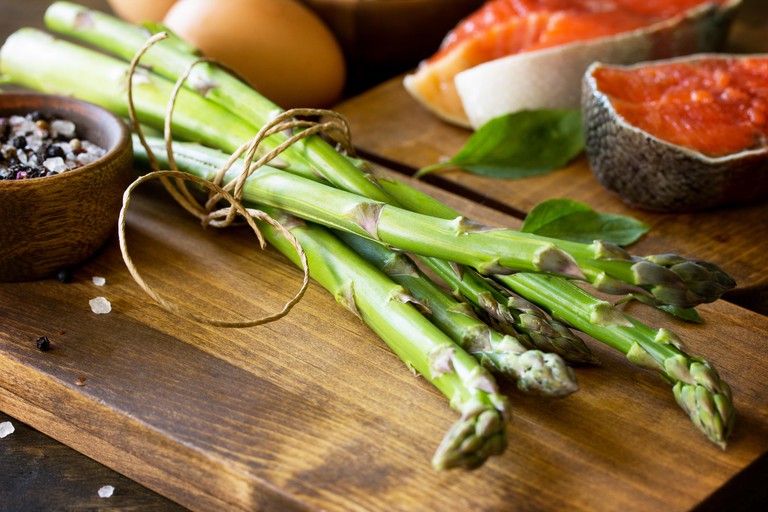 The secret to French chef Jean-Georges Vongerichten’s worldly cuisine is that he defies the traditional standard of using meat stocks and creams and instead utilizes light broths, vegetable juices, fruit essences and vinaigrettes packed with herbs. His Central Park West location features seasonal dishes with a three-course prix-fixe menu and two six-course tasting menus for dinner. The restaurant boasts both two Michelin stars and a four-star New York Times review, which it’s retained since its 1997 opening. There’s one dish that comes back every year: asparagus under morels in hollandaise. The asparagus is from California, and the fresh morels, edible sac fungi, are from Oregon, a blend that points to Vongerichten’s commitment to using the best produce available. 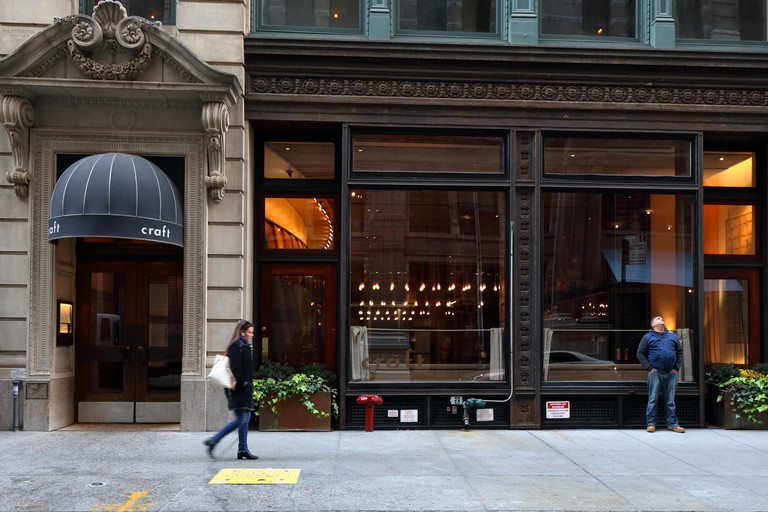 One block from Gramercy Tavern – the restaurant that Top Chef head judge Tom Colicchio was first known for – is Craft, the farm-fresh American eatery he opened in 2001. The premise was built on his desire to serve family-style meals made up of sustainable and seasonal ingredients in a home-like setting. The menu features pasta and salads with locally grown vegetables or those picked straight from Colicchio’s home garden. Additionally, the five-time James Beard winner’s dinner menu features a healthy selection of mushrooms, as well as fryer rabbit and Colorado lamb as mains. 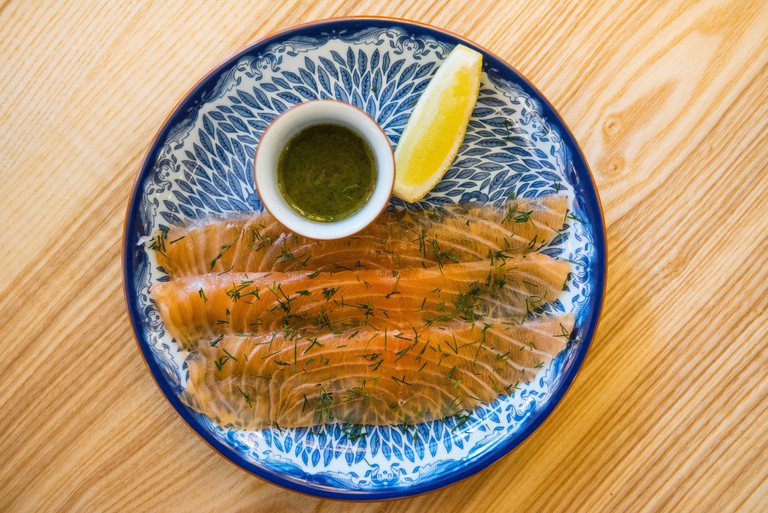 © Antonio Olmos / Alamy Stock Photo
Starting off her Aquavit career as the restaurant’s pastry chef, Emma Bengtsson became its executive chef after four years. She’s the first female Swedish chef to win two Michelin stars and only the second US-based female chef to do so. The Midtown restaurant she heads offers a Scandinavian menu with such selections as meatballs with lingonberries, gravlax and herring. For dinner, Aquavit features three- and five-course prix-fixe menus and a chef’s tasting menu of modern Nordic dishes. 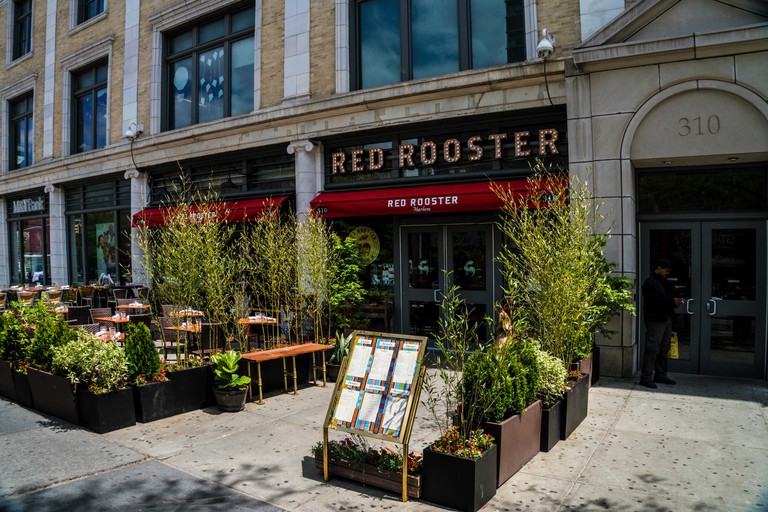 © Ivo Roospold / Alamy Stock Photo
On a 2015 episode of Parts Unknown, Ethiopian-Swedish chef Marcus Samuelsson tells the late Anthony Bourdain about how he and his sister became refugees of the Ethiopian Civil War, which lasted nearly 17 years. They were both adopted by a Swedish family and grew up in Gothenburg. In 2003, the James Beard Foundation named him the Best Chef: New York City, and in 2009, Samuelsson acted as guest chef for Barack Obama’s inaugural state dinner. In 2010, he opened Harlem’s Red Rooster. The restaurant is an amalgamation of flavors, some of which reflect Samuelsson’s dual heritage; the menu blends Southern comfort food with East African, Scandinavian and French influences. Starters include classics such as cornbread with a sweet potato butter, and chicken and waffles featuring hot maple-chili sauce. For the mains, there are shrimp and grits, and the Rooster Slam (hot honey chicken and a snickerdoodle waffle with beef sausage, bacon and a fried egg). 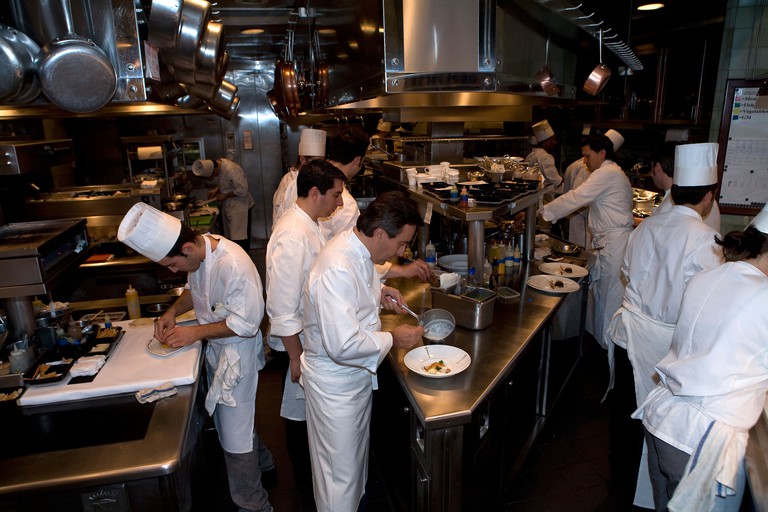 Daniel Boulud’s namesake, the French luxury restaurant DANIEL, is often booked a full two months in advance. It has two Michelin stars, and Boulud is New York’s longest-reigning four-star chef, which helps justify the $158 (£120) price tag of the four-course prix-fixe dinner. The servers are first-class, attentive and professional, and the Neoclassical dining area is modern and grand. The menu changes seasonally, but classics such as the black truffle and scallops in puff pastry always make a return appearance.