The Best Artworks by Marcel Duchamp You Should Know

Marcel Duchamp was a French, naturalized American painter and sculptor who lived and worked in the first half of the 20th century. He is often regarded as one of the most influential artists of the age for his production of uber-abstract and unconventional pieces. Here, we take a look at some of his most celebrated works… 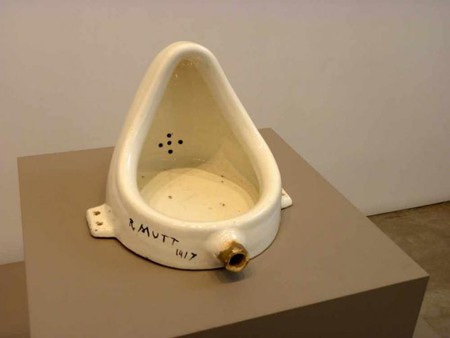 A replica of ‘Fountain’ | © JasonParis/Flickr

‘Fountain’ is definitely Duchamp’s best-known work. Dating back to and signed in 1917, it is a porcelain urinal that is scratched with a name and displayed as is. It was submitted for the exhibition of the Society of Independent Artists at the Grand Central Palace in New York, but it was rejected by the committee. The only photograph of the artwork was made by Alfred Stieglitz and was published in the Dadaist journal The Blind Man. Unfortunately, the original is now lost!

‘Bicycle Wheel’ was the first ready-made Duchamp ever produced in his studio. Dating back to 1913, it anticipates the development of the artist’s technique, which would come to full fruition only in 1915. A ready-made is an object that artists select from reality and make room for in an exhibition by displaying it as an artwork. This challenges the notion of art in general, and the concepts of beauty that are generally tied up with it. In this sense, Duchamp’s production brought art onto a new level and began questioning the precepts of a previous age.

This is probably Duchamp’s most irreverent work. It is a sort of variation of Leonardo’s famous ‘Mona Lisa’, as she appears in this version with a moustache, a beard and the letters ‘L.H.O.O.Q.’ which have now come to be the title of the artwork. The title is a pun in French, as the letters are pronounced exactly like “Elle a chaud au cul”, a vulgar expression suggesting a woman possesses a certain sexual restlessness. The 1919 original is now part of a private collection in Paris, but it is on loan to the Musée National d’Art Moderne of the Centre Georges Pompidou in the French capital. 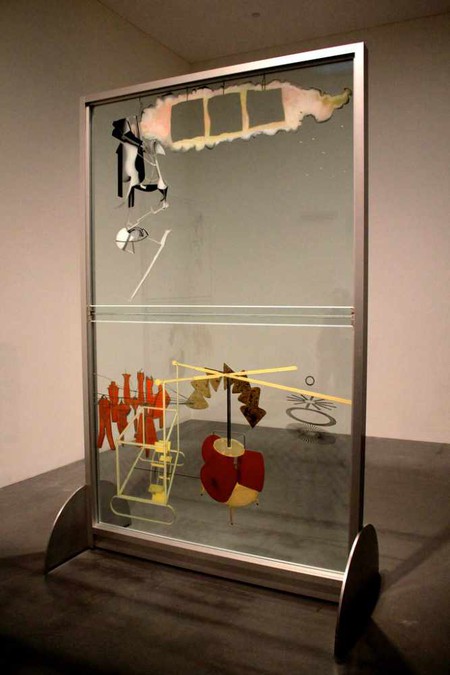 ‘The Large Glass’, generally known under the title ‘The Bride Stripped Bare by Her Bachelors, Even’, is a free-standing art work by Duchamp, who finished it in 1923. It is divided into two glass panels which are connected to each other both concretely and abstractly, as the two illustrations are to be seen together rather than as discrete units. They depict a bride, in the upper part, who is expected to encounter her nine bachelors represented in the lower panel, gathered around some odd machinery. The original is now displayed in the Philadelphia Museum of Art, but there are other replicas in Stockholm, in Tokyo and in London.

Duchamp’s last major artwork, this sculpture was realized between 1946 and 1966, when everyone thought the artist had given up his career to focus on playing professional chess. It is a tableau that must be observed through two peep holes, one for each eye, and represents a nude woman lying on her back in the grass with legs spread. She is holding a gas lamp in the air and her face is not visible, whilst the rest of the painting is taken up by a landscape backdrop. Despite being finished in 1966, it wasn’t until after Duchamp’s death in 1968 that the tableau was displayed at the Philadelphia Museum of Art as the artist wished. It is now part of the permanent collection of the museum.

Dating back to 1912, that is the very earliest stages of Duchamp’s career, ‘Nude Descending a Staircase, No. 2’ has come to be one of the best-known examples of Modernist art. Despite being rejected by the Cubists as too Futurist, it is intended to be a Cubist painting, but the Futurist vein is not hard to spot. Now in the Louise and Walter Arensberg Collection of the Philadelphia Museum of Art, this oil painting on canvas is the pictorial equivalent to what is now called stroboscopic motion photography: the superimposition of successive images in order to create a sense of motion. 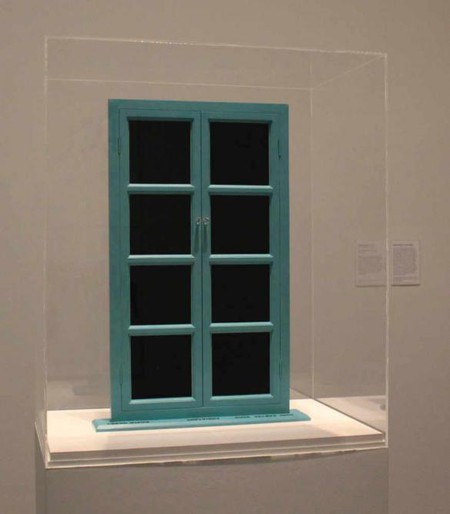 ‘Fresh Widow’ was the first work to be signed by Duchamp’s female alter ego, Rose Sélavy, and it was constructed by a carpenter in accordance with his instructions. It is basically a small version of the double doors that are generally referred to as “French doors”. Instead of glass panels there are leather patches, which impede the view through the windows, while the title itself is a pun of which Duchamp was very fond, as the art work represents a French window but is called ‘Fresh widow’, perhaps in reference to the abundance of widows following the destructions of World War I. It is now part of the MoMA collection.

Another of the first ready-mades Duchamp realized and recognized, this is a typical metal rack used to dry bottles which was not modified in any way by the artist but simply signed and displayed. In fact, even the words which used to be inscribed on the side were forgotten by Duchamp himself, and are now consequenty unknown to posterity. The original was mistaken as garbage and thrown out by Duchamp’s sister and stepsister in 1914 when he moved to the United States!