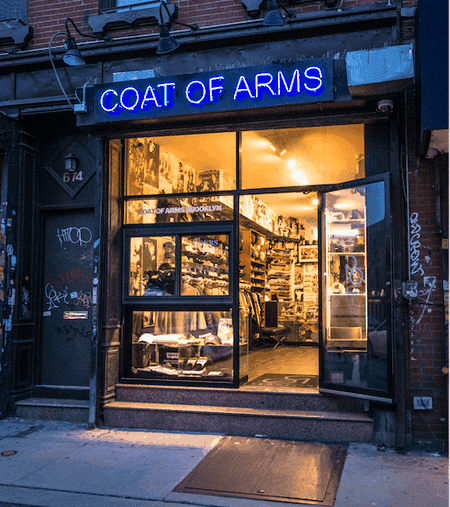 It’s hard to write an article about New York skate fashion without referencing Supreme, the streetwear company that changed luxury fashion forever, but at a certain point, you have to stop measuring the success of a subculture by how mainstream it’s become, go back to its roots, and understand what made it vibrant in the first place.

For Aaron Hansen, the owner of Brooklyn skate shop Coat of Arms, the New York skate fashion scene is an amalgamation of authentic rebelliousness, DIY culture, and careful alliance of “style and balance.” It’s less about Justin Bieber wearing a Supreme jersey in a video, says Hansen. “Because of the DIY factor, skateboarding has always attracted the fashion crowd.” 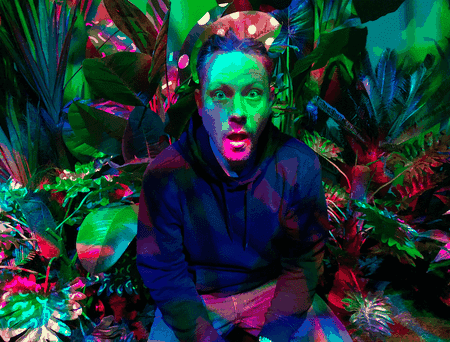 One of the mainstays of skate fashion is found in the subversive riffing on pop culture iconography that signals that you belong to what Hansen dubs a “secret society.” Before “we were all connected online,” Hansen explains, the only way people would know what was cool in skate fashion was from checking out issues of Thrasher, or by perusing the shelves at core skate shops. You had to know where to go, which is why skate shops, core mom-and-pop shops, fostered a sense of community.

“That impulse comes from wanting to support a culture with what you wear,” says Hansen. For over a decade, that’s what he’s has been doing at his Greenpoint store, where he stocks the shelves with clothing, accessories, and kitsch cultural items that he thinks are “funny and cool that tell a bigger story.”

Coat of Arms carries all the skateboard essentials, so “you could come in and put a board together and then go skate McCarren or House of Vans.” The store also skews to an older audience, and specializes in longboards and cruisers for the older skateboarder—the one who grew up skating in the ’80s or ’90s and keeps up with it today. You’ll also find a mix of collectibles that you’re not likely to find at a skate shop like LABOR, popular on the scene with young skaters. “I wanted to carry stuff like art brands and music stuff and local one-off accessories that no one has: Pins, candles, dip-dye and embroidered capsule collections.” Hansen says the shop is for locals or anyone exploring Greenpoint, and is about “supporting the neighborhood. You’re not coming in for the coolest shoes; you’re here to support wide range of goods.” 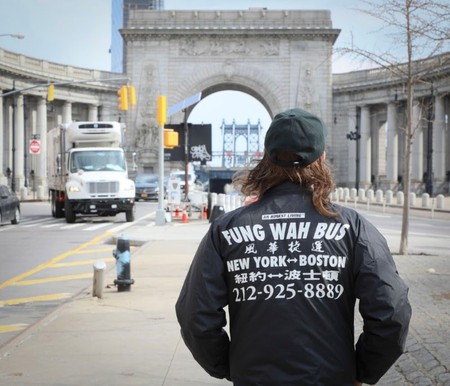 Now that the big footwear companies like Nike and Adidas have figured out how to market shoes to skateboarders, independent skate shops aren’t really seeing profit margins on sneakers, which used to pay the bills. Independent stores like Coat of Arms succeed by taking skate culture back to the original DIY factor, and originating capsule collections and one-offs. Such was the thinking behind the now sold-out Fung Wah Bus collection Coat of Arms dropped in early May. “I wanted to do something bootleg, and everybody in New York has a Fung Wah Bus story.” If you don’t know Fung Wah, also known as the Chinatown Bus, it was an ultra cheap way for people to travel from New York to Boston and Philadelphia in the 2000s, and is now defunct. “The skate scene in Boston and Philly is so big, all the New York skaters would take the Fung Wah Bus. So I wanted to riff on that [nostalgic New York experience.]” 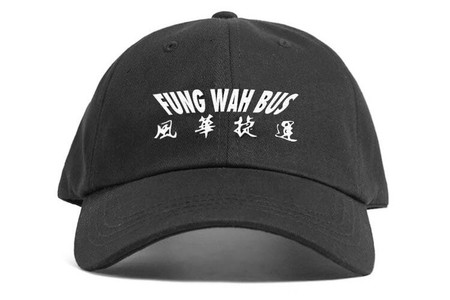 The collection featured coaches jackets, hats, and windbreakers, and was an instant hit. Hansen did another run, which is selling out just as quickly as the first. The success of the Fung Wah Bus collection is, as Hansen puts it, much like the game of skating. “All day you’re trying to make the trick. Then you land it, and you’re trying to make up the next trick to learn.” 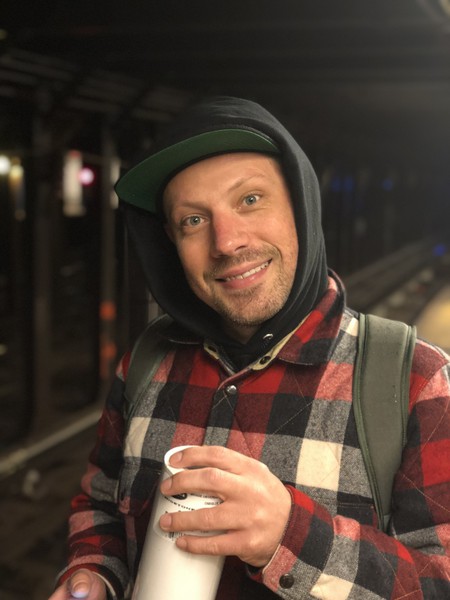 Hansen in the NYC subway | Courtesy of Aaron Hansen

With this in mind, Coat of Arms stocks a sampling of West Coast brands because they’re popular, but the store also carries more of what Hansen calls the New York skate uniform, like Dickies, limited-edition Stussy drops, and “lots of plain shirts.”

Vintage skate gear and capsule collections like the Fung Wah Bus collection flesh out the quintessential New York skater look. But in reality, New York skate fashion isn’t as much about what you wear but how you wear it. Punk rock, a DIY aesthetic, and a wry, tongue-and-cheek attitude is most essential to capture what it is to be a New York skater, where you’re vying with city buses and supermodels for a piece of pavement.