The Artists to Watch After Frieze New York 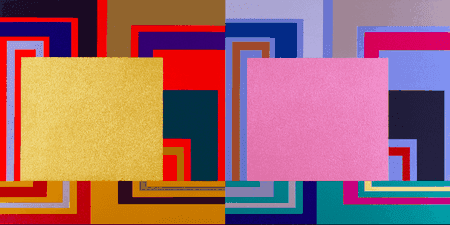 The seventh edition of Frieze New York concluded on May 6, 2018, after showcasing works by leading and emerging artists from around the globe. This year, the premier art fair was led by Frieze director Victoria Siddall in partnership with Loring Randolph, Frieze’s newly appointed artistic director. From “Superflat” superstar Takashi Murakami to the American Conceptualist Joseph Kosuth, these artists are worth keeping on your radar well after Frieze.

As one of the pioneering Conceptual and installation artists of the 1960s, Joseph Kosuth’s practice explored the relationship between images and ideas. Deeply influenced by Austrian philosopher Ludwig Wittgenstein’s linguistic theories, Kosuth was one of the first artists to incorporate physical words and phrases into his art form. His neon installation titled Nineteen Eighty-Four (Orwell) (2018), displayed at Frieze, appropriates the text “Any Message?” from the literary giant’s novel Nineteen Eighty-Four (1949). 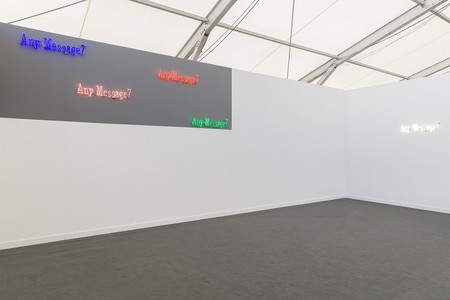 American artist Peter Halley is regarded for his brightly colored Abstract and Minimalist paintings. Early in his career, he took influence from Josef Albers’ book Interaction of Color (1981), and while developing his own visual language, Halley published several essays on Beat, Minimalism, and New Wave art, which later became the basis for Neo-Geo: a subdivision of Neo-Conceptualism associated with Ashley Bickerton and Jeff Koons. Halley’s painting titled Ancillary Control (2001), which was exhibited at Frieze, explores themes of globalization, isolation, and digitization through a bold color palette and geometric forms. Halley’s compositions play on what he calls “prisons” and “cells” within social spaces. 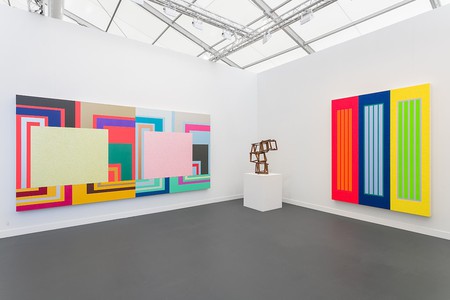 Established American artist Jedd Novatt is renowned for his geometric sculptures that explore tension and space. Novatt’s core concept lies in forging artworks that signify both order and chaos through the juxtaposition of boxy frames assembled at precarious angles. His large-scale works can be seen at the Lever House in New York and the Guggenheim Museum Bilbao in Spain. 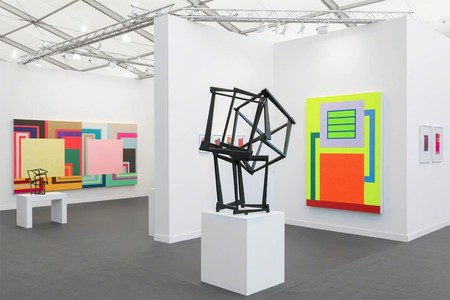 Emerging artist Kapwani Kiwanga is the recipient of this year’s Frieze Artist Award. She debuted her open-air installation titled Shady (2018) on Randall’s Island this month, which explored themes of movement and exclusion. Trained as an anthropologist, Kiwanga investigates everything from space travel to anti-colonial struggles, geology to architecture. Her award-winning Shady is a large-scale sculptural work designed to invite yet obstruct movement. Made with an agricultural fabric typically used on farms in Africa, it references the colonial appropriation of indigenous land as well as environmental manipulation for economic gain, while examining the psychology of design and the history of exclusion. 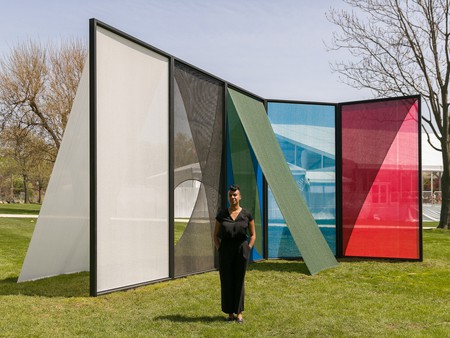 Mariko Mori is an internationally acclaimed Japanese artist who lives and works in London, New York, and Tokyo. Known for her extraordinary sculptures, Mori investigates complex themes like religion, science, and spirituality, and utilizes the most technically advanced methods to create her vision. Her most recent interest in astrophysics follows the cyclical process of life and death. Her Plasma Stone II (2017–2018) is a transparent sculpture that represents the beginning of the universe by reflecting a full spectrum of color to reference the plasma state and the Big Bang. 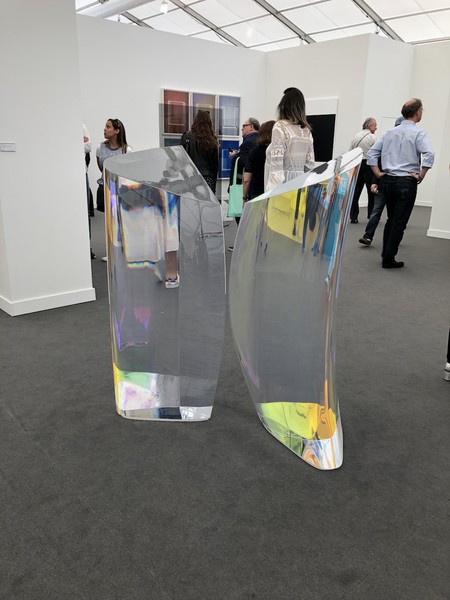 Drawing on his formal training as an architect, Jose Dávila’s primary interests lie across architecture, the Minimalist aesthetic, and Conceptual art. Dávila’s sculptural installations and photographs explore space and re-examine the art and architecture of the 20th-century Avant-Garde movement. His works featured at galleries Sean Kelly and Travesía Cuatro at Frieze examined principles of form and function; from the strength and fragility of architecture to balance and tension. The act of Perseverance III (2018), which was displayed at the fair, is composed of San Andrés stone and rock, and a ratchet strap tying the rock precariously to the stone to communicate tension and danger. 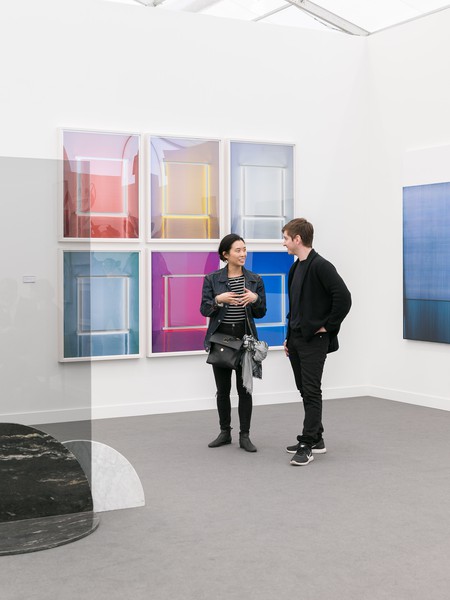 Takashi Murakami is known world-wide for his paintings and sculptures combining classical techniques with pop and anime details. Since the early 1990s, Murakami has worked in his own Superflat aesthetic, which merges high and low art with visual trends from historic and contemporary Japanese culture. His vibrant paintings and anime-inspired sculptures on display at Frieze were part of the fair’s new section titled “For Your Infotainment,” curated in honor of the late dealer, Hudson. The New York visionary was a major force in supporting then-emerging artists such as Murakami, as well as Tom Friedman, Raymond Pettibon, and Tom of Finland through his Feature Inc. gallery. 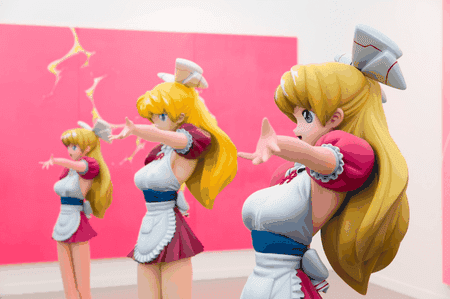