Born in New York in 1960, Jean-Michel Basquiat shot to fame in the art world during the 1980s. Initially a graffiti artist, Basquiat’s energetic art drew inspiration from his mixed Haitian and Puerto Rican heritage and black cultural heroes, creating in his paintings a distinctive and subversive visual language. Mentored by Andy Warhol, Basquiat’s work flourished in the 1980s, before his untimely death in 1988. Here we explore the best places to see his art exhibited.

Among the 2000 works of art in The Broad‘s collections are 13 exemplary paintings by Basquiat. Many of the pieces illustrate Basquiat’s characteristically frenzied brushwork, and display some familiar motifs of his work, such as crowns, skulls, and scribbled writing. The collection provides fine examples of Basquiat’s varied techniques and sources of inspiration. Untitled (1981) is a particular highlight: considered autobiographical, the self-portrait is intricately detailed and was completed over the course of a year: unusual in itself given that most of his pieces were completed in only a matter of days. 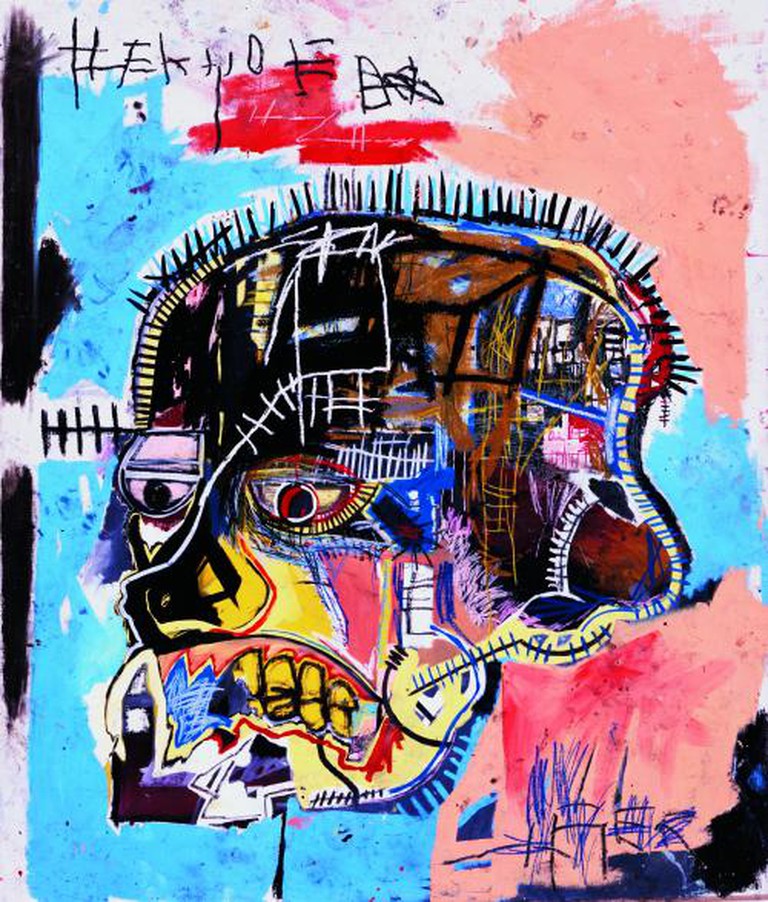 The Barcelona Museum of Contemporary Art(MACBA) houses three magnificent late works by Basquiat: Sterno (1985), Self Portrait(1986), and King Zulu (1986). The latter is a particularly striking piece; an homage to Louis Armstrong, it invokes the music and traditions of New Orleans by depicting Armstrong, a jazz ensemble, and their instruments floating in an unfinished sea of blue. Portraying “King Zulu” in blackface, here Basquiat provocatively calls into question the relationship between racism and tradition, a common theme found in his work.

The Daros Collection in Zürich – showcases their collection through the Fondation Beyeler – have a number of compelling pieces by Basquiat. These include two paintings – King Alfonso (1982), and Formless (1984) – as well as 32 Basquiat drawings held in the Daros Suite. The drawings feature a detailed exploration of his iconic lexicon of images as well as his poetic and political scribbles. 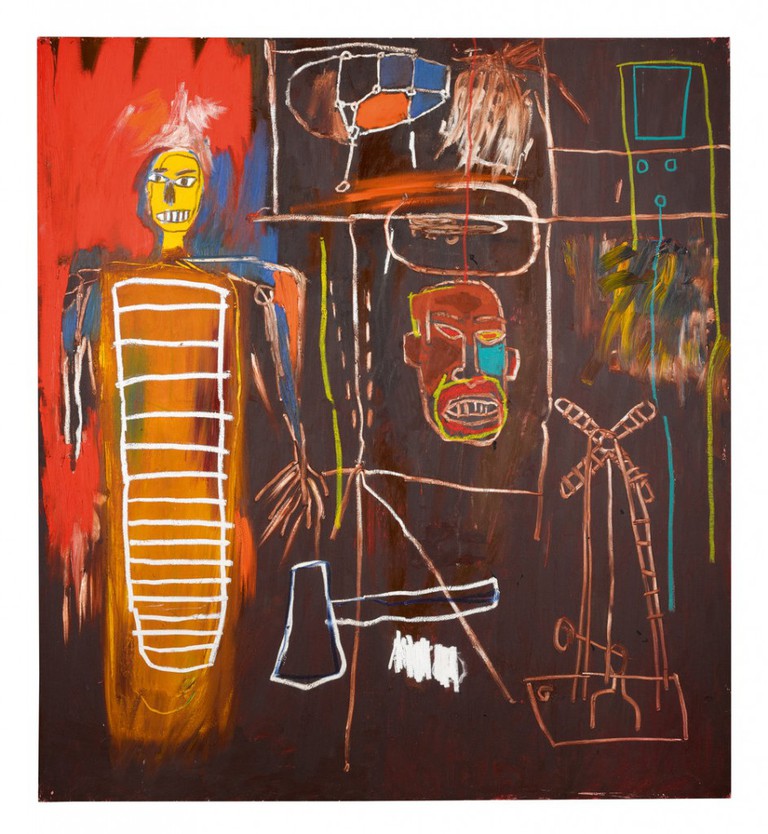 The Museum of Contemporary Art in Los Angeles, California, holds half a dozen fantastic Basquiat works in its collection. The paintings again date from the early 1980s. Perhaps the most notable amongst them is Six Crimee (1982) – a large, acrylic and oil paintstick on masonite piece. Divided into three panels, it depicts six haloed black male heads and groupings of lines and symbols against a background of frantic green brushstrokes; the resultant sense of movement is evocative of his early street art.

The Soho Contemporary Art gallery covers 2900 square feet in Manhattan’s Lower Eastside, and features eight works by Basquiat. Dating from between 1982 to 1984, most of the pieces contain images of the skulls, heads, or crowns commonplace in Basquiat’s oeuvre, and interrogate the racial and economic inequalities he perceived in American society and history. Works by Basquiat’s mentor and friend, Andy Warhol, also feature prominently in the Soho collection. 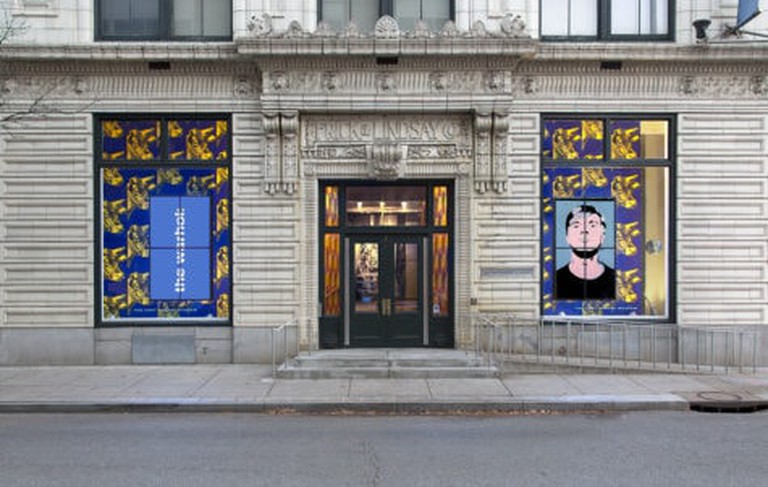 The Andy Warhol Museum, Pittsburgh, entrance | © Abby Warhola
Basquiat met Andy Warhol in 1980, who was immediately impressed by his artistic genius. The two became friends and embarked upon a series of collaborative works between 1983-1985. Many of these works are now exhibited at the Andy Warhol Museum in Pittsburg, Pennsylvania. The sculpture piece Ten Punching Bags (Last Supper) is amongst the most famous of their collaborations featured there.
Give us feedback