Watch These Films And Ponder Your Existence

Some movies – like some dreams – can teach us how to live better in the world. Listed below are nine emotionally resonant films that impart wisdom unassumingly to those who are ready to receive it.

If you are in your twenties and fail to be at least slightly moved by Noah Baumbach’s Frances Ha, you’re doing your twenties wrong. The film follows Frances (Greta Gerwig), an apprentice for a dance company, as she tries to follow her dream. She’s living in New York, though doesn’t really have an apartment. She falls out with her friends, and her relationships go wrong — all experiences that twentysomethings relate to. The film runs the risk of being twee, but the smart writing and direction will make at least some viewers ponder the essence of their beings. Like, grow up already, Frances!

In Her, Theodore (Joaquin Phoenix) falls in love with his operating system (voiced by Scarlett Johannson). Spike Jonze’s movie paints a frighteningly realistic portrait of what our futures may hold if we remain in thrall to technology. This is a film that will make you rethink, and hopefully value, your personal relationships (with human beings) and the real world around you. It should also make you re-evaluate your screen time and the blurred line between reality and virtual reality. 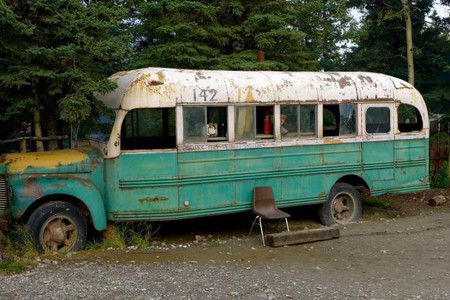 Into The Wild | © Madeleine Deaton/Flickr

This is a film that should intrigue anyone that has ever gone on or considered having a “gap year” or any type of extended travel. Based on Jon Krakauer’s book, Sean Penn’s Into the Wild tells the true story of college graduate Christopher McCandless who goes on an epic journey across the United States. McCandless comes from a moderately wealthy family but burns the money offered to him at the start of his journey so he can live as close to the land as possible. He meets a variety of characters and sees many facets of nature’s majesty. The film may not end happily, but it should give viewers the incentive to get out and appreciate the world.

A film that explores the human capacity to deal with loss and frightening new realities, Ang Lee’s Life of Pi follows a young man whose family is killed during a shipwreck. He then spends several weeks adrift at sea with only a tiger as a companion. The movie shows that when pushed, humans are able to adapt to even the toughest of situations.

A meditative film that covers a lot of geographic ground in its 99-minute runtime, the documentary Samsara has been widely praised for being one of the most diverse depictions of humanity in modern times. It was shot over the course of five years and contains footage from 25 countries in five continents, from sacred grounds and areas of natural wonder to disaster zones. Its contemplative tone enables us to take time out of our busy lives and ponder the vastness of the world.

Will you take the blue pill or the red pill? Upon its release at the turn of the millennium, The Matrix became cultural phenomenon. Like Her, it shows how our relationship to technology has changed over the past decade and a half. Keanu Reeves’s Neo embraces the new opportunity that he stumbles upon and unlocks parts of reality that were beyond even his imagination. This is a film that will both make you think and put you in awe of its mind-boggling action sequences. Many directors have tried to replicate the Wachowski Brothers’ vision, but The Matrix remainsapart as a film that makes us think about our essence.

If you asked people to write down the top five things they value, freedom would likely sit high on their lists. The Shawshank Redemption examines it from the perspective of two prison inmates who become friends. From the moment when Andy Dufresne (Tim Robbins) plays the record over the speakers for the benefit of the prisoners in the yard to the ending when both he and Red (Morgan Freeman) are reunited in Zihuatanejo, the film pinpoints the centrality of freedom in leading a meaningful existence. On the other hand, there are grimmer scenes showing the hell of confinement and institutionalization. Step outside and enjoy the simple ability to breathe in your freedom.

The opening ten minutes of Up amount to one of best representations of a lifetime in recent American movies. It distills the milestones of elderly Carl’s life life, both good and bad. The rest of the film then shows how he gets over his loneliness, and how we should appreciate the time we have spent rather than dwell on the things that we haven’t (yet) done. Animation definitely isn’t just for kids, and sometimes the most simple things are the most poignant.

Richard Linklater’s animated Waking Life sends the main character shuffling through his different dreams, meeting various people, and discussing the meaning and purpose of life. The main questions asked in the film are: How can a person distinguish his dream life from his waking life, and what is the significance or purpose of dreams? It’s another existentially weighted film to end this quite existential list. We think, therefore we are?