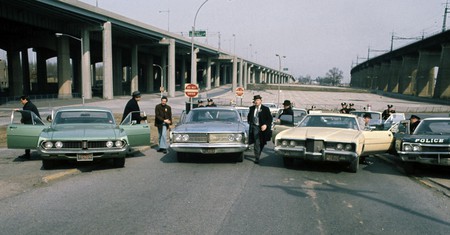 Since New York City’s transformation through gentrification and the creation of a tourist-friendly atmosphere, it can be hard to remember the city of the 1970s, when rents were cheap, crime was rife, whole neighborhoods were squalid and the 1975 fiscal crisis brought New York to the brink of bankruptcy. Films from the period document a city on the verge of chaos. Below are 11 that capitalized on its violence and raw energy.

Jerry Schatzberg’s drama depicts the travails of heroin addicts and lovers Bobby (Al Pacino in his second feature) and Helen (Kitty Winn), who frequent Sherman Square, notorious as a place to score hard drugs, at West 7oth Street, Broadway, and Amsterdam Avenue in Manhattan. Said to be the first feature film to show users shooting up, it was shot in a harsh, cinéma vérité style. 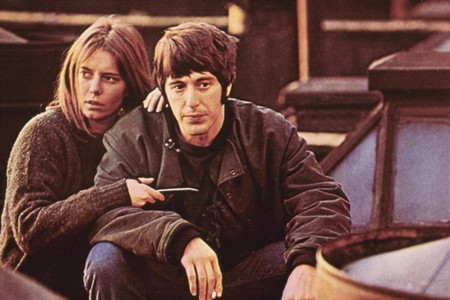 William Friedkin’s The French Connection was the East Coast answer to the Clint Eastwood vehicle Dirty Harry (also 1971) and similarly defined the “ruthless cop” school of crime movies. Starring Gene Hackman and Roy Scheider as narcotics cops “Popeye” Doyle and “Cloudy” Russo, it’s set in an all-but-vanished New York City where brutal gun violence is the norm. Its car chase is one of the most exciting ever filmed. 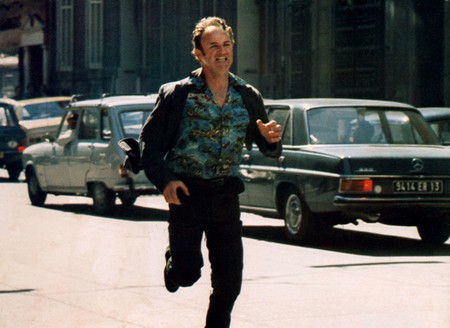 Jane Fonda won the Best Actress Oscar for her portrayal of the Manhattan call girl Bree Daniels, who continues to turn tricks despite there being a killer on the loose. Donald Sutherland is the out-of-town detective John Klute, whose search for missing chemicals executive Tom Gruneman leads him to stalk Bree, the recipient of obscene letters possibly sent by Gruneman. Making expert use of New York locations, especially the Garment District, Alan J. Pakula’s noir-ish thriller caught the mood of paranoia that began to engulf the nation at the start of the decade. 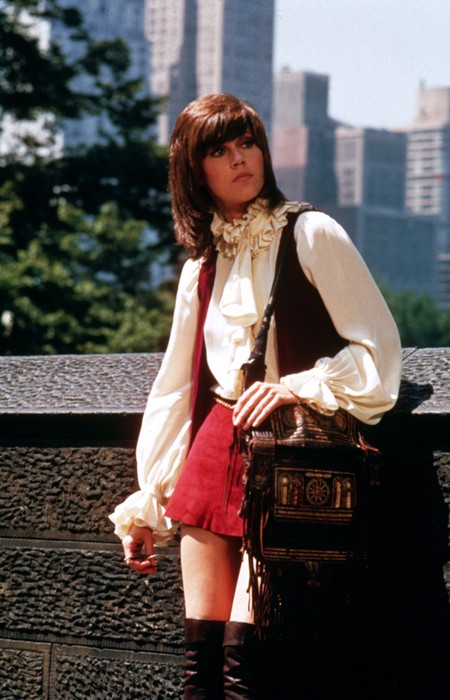 Italian American Charlie works as a debt collector for his Mafioso uncle and aspires to rise to a position of respect in the organization. A devout Catholic, he’s burdened by his sense of sin, his need to protect his volatile gambler friend Johnny Boy (Robert De Niro), and his romance with Johnny’s epileptic cousin Teresa (Amy Robinson). Martin Scorsese’s visceral crime drama – the film that announced his virtuosity – is the quintessential modern Little Italy film, though it was only partially filmed there. The St. Patrick’s Old Cathedral and the Vulpe Bar at 23 Cleveland Street, near Broome, are real enough, but Scorsese shot some scenes in the Italian neighborhood of Belmont in the Bronx and even some in Los Angeles. 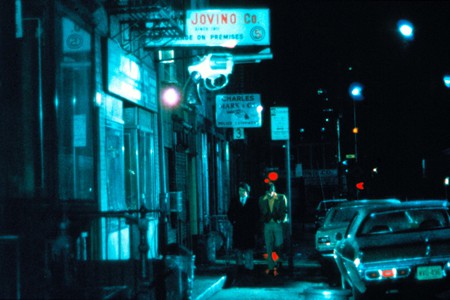 Scorsese and Woody Allen are the filmmakers most identified with New York. That’s unfair, however, to Sidney Lumet, a master director with a great eye for urban locations. Lumet wasn’t an expressionistic stylist like Scorsese or a serio-comic storyteller with a literary touch like Allen, but he endowed his New York films with an authentically downbeat look that borders on realism. Serpico told the true story of Frank Serpico, a scrupulous and unconventional plainclothesman who blew the whistle on widespread corruption in the NYPD. Lumet elicited a scintillating performance from Al Pacino in the title role. 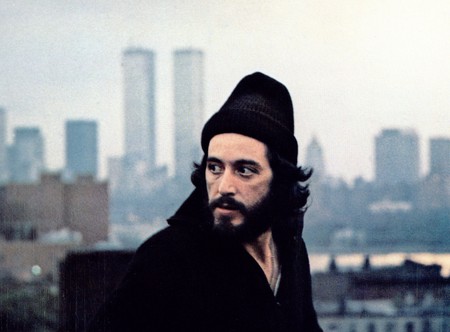 Few movies capture the angry mood of the city in the 1970s like Michael Winner’s Death Wish, which starred Charles Bronson in what would become a career-defining role as a vigilante. Featuring an early appearance by Jeff Goldblum, this shockingly violent film is about a man at the end of his rope who avenges an attack on his family with brutal justice. 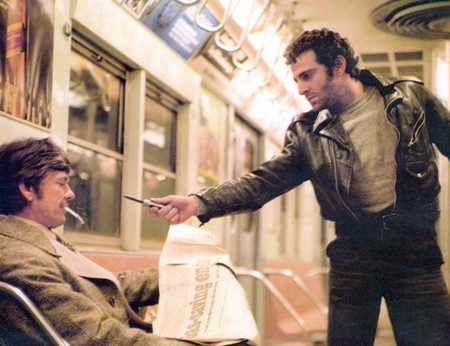 The New York subway system becomes a perilous netherworld in The Taking of Pelham One Two Three, which was directed by Joseph Sargent. Transit cop Lieutenant Zachary Garber (Walter Matthau) takes on a group of hijackers led by the terrifying Mr. Blue (Robert Shaw) in this slick proto-Tarantino thriller. 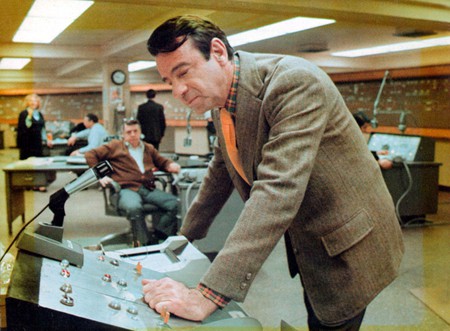 Walter Matthau in “The Taking Of Pelham 123” | © Moviestore/REX/Shutterstock

Sidney Lumet and Al Pacino teamed up again for another fact-based crime thriller with a kinetic energy and a genuine tang of New York City. It re-creates the failed 1972 robbery of a Chase Manhattan Bank in Gravesend, Brooklyn. Moment by moment, Lumet captures the tension of the unfolding drama and exposes the criminal ineptitude of the robbers (Pacino, John Cazale, Gary Springer). 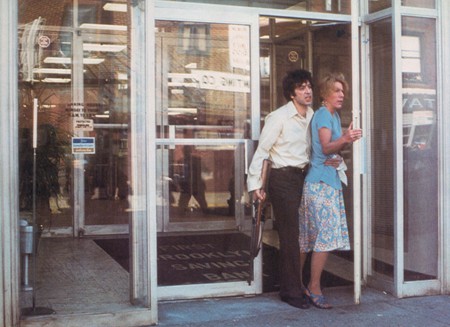 “Someday a real rain will come and wash all this scum off the streets. I go all over. I take people to the Bronx, Brooklyn. I take ’em to Harlem. I don’t care. Don’t make no difference to me.” So says Travis Bickle (Robert De Niro) in Taxi Driver, the story of a disturbed Vietnam vet who embarks on a one-man mission to purge New York City of degeneracy. Written by Paul Schrader and directed by Scorsese, it definitively captured New York’s mid-1970s moral and spiritual malaise. 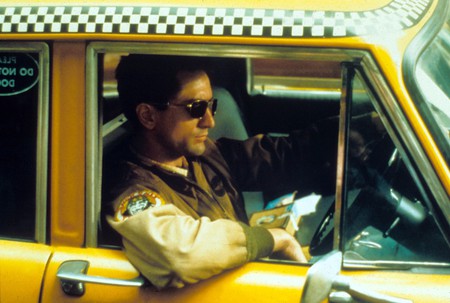 Strutting Tony Manero (John Travolta) may be the white-suited king of the Odyssey 2001 disco, but he wants greener pastures than Bay Ridge, Brooklyn. Away from the dancefloor, John Badham’s musical drama exudes a sexual crudeness no director could get way with these days. It bespeaks Tony and his friends’ antediluvian attitude toward women. There’s a hint at the end that Tony, at least, will change his tune and simultaneously harbor thoughts of moving to Manhattan. 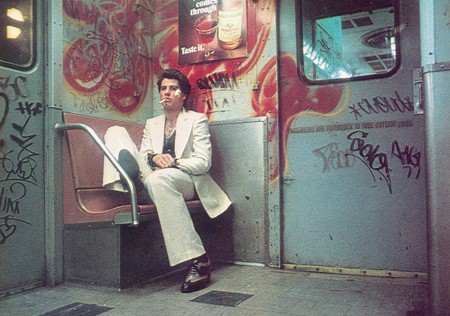 Wrongly blamed for the assassination of the most powerful gang leader in New York, the members of the Coney Island crew The Warriors must make their way home from the Bronx as every other gang targets them. Back in 1979, The Warriors was quintessentially cool. Walter Hill’s film is only hilarious in retrospect. 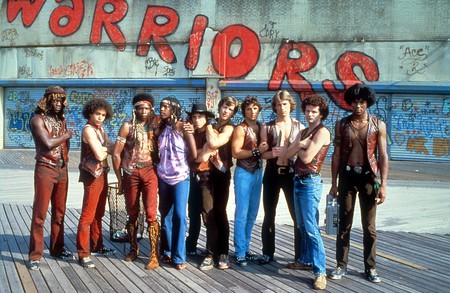