In 1924, Chicago businessman Gordon Strong recruited architect Frank Lloyd Wright to design a resort complex on Strong’s Sugarloaf Mountain property in Maryland. Wright’s design, a spiraling automobile ramp to be constructed on the peak of the mountain, was ultimately never built, but it laid the foundation for one of his signature works: the Solomon R. Guggenheim Museum in NYC. 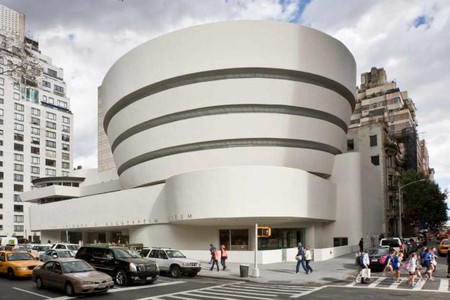 Today, the Guggenheim is as well known for its prominent modern art collection as it is for its striking architectural aesthetic. It all began when a member of a wealthy mining family, Solomon Guggenheim, began collecting modern art in the 1920s. According to the museum’s website, in 1937 Guggenheim founded his namesake art foundation, followed by the 1939 opening of a quirky museum called the Museum of Non-Objectivist Painting. Setting up shop in a former automobile showroom in Manhattan, the museum quickly ran out of space, leading the curator of the museum, Hilla Rebay, to commission Frank Lloyd Wright to design a more permanent home for his extensive collection of modern art in 1943.

A proponent of suburban living on a grand scale, Frank Lloyd Wright had unveiled a plan for Broadacre City in 1932. It was imagined as a fantastic suburban center that allotted one acre of land per household. But despite Wright’s misgivings about building a museum in New York, away from suburbia, he accepted Guggenheim’s challenge and thus embarked on a challenging architectural project that took decades of work and revision. 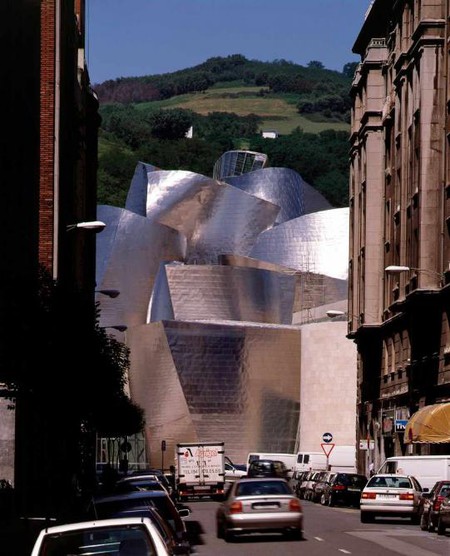 The design challenges of a smaller plot of land in Manhattan forced Wright to overcome his fundamental aversion to high-rise buildings. According to historian Jack Quinan, Wright initially conceived the building to be built low to the ground. Yet given the limited space of the site, Wright eventually decided to design vertically, incorporating the spiral technique he had first developed with Strong’s Automobile Objective.

Solomon Guggenheim passed away in 1949, and Wright negotiated several contract revisions with the Guggenheim trustees, having claimed that Guggenheim had authorized a $2 million budget. Because the building’s initial design violated New York building codes at the time, Wright conducted lengthy negotiations with the New York Board of Standards and Appeals. After an extended design process, construction finally began in 1956 and was completed in 1959, but not before Wright himself passed away.

The Guggenheim’s spiral design and modern atrium have since become iconic landmarks in not just New York, but around the world. The museum is arguably the grandest example of Frank Lloyd Wright’s architectural oeuvre, a testament to his bold, quintessential style that inspired other contemporary architecture stalwarts, such as the influential modern architect Mies van der Rohe. 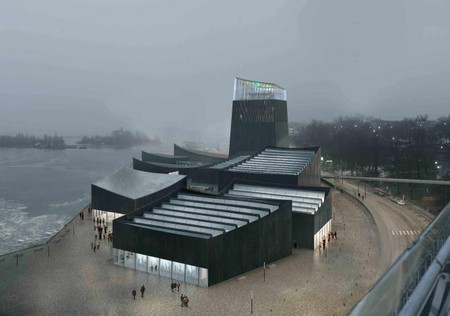 The swirling spirals of the Guggenheim have been used to dramatic effect in popular culture: in Michael Almereyda’s Hamlet as the setting for a shootout, in the Clive Owen thriller The International, and as a water-slide in the Jim Carrey comedy Mr. Popper’s Penguins, to name a few prominent references.

The Guggenheim Museum continues a tradition of hiring star architects to design its other museum branches across the globe, most notably in their decision to hire Los Angeles-based architect Frank Gehry to design their Bilbao, Spain branch. A design of steel sheaths and glass, the Guggenheim Bilbao most resembles Gehry’s later work, the Disney Concert Hall in Los Angeles. The Guggenheim Bilbao has become such a tourist attraction in Spain that its construction has been dubbed “the Bilbao Effect,” a phenomenon in which the construction of a cultural institution with monumental, extravagant architecture can revitalize a city by inspiring tourism. Gehry is currently at work on the Guggenheim’s Abu Dhabi branch, while Dutch-born architect Rem Koolhaas designed the Guggenheim’s Venetian gallery in 2001. In June 2015, the Guggenheim announced the designs for a new branch in Helsinki, a gallery reminiscent of a lighthouse conceived by Moreau Kusunoki Architectes.

The Guggenheim Museum remains dedicated to preserving and displaying modern and contemporary art for local and global audiences, all while demonstrating a strong affinity for innovation. From Frank Lloyd Wright’s soaring spirals to the steel sheaths of the Guggenheim Bilbao, the Guggenheim Museum’s architecture appears to do just that.