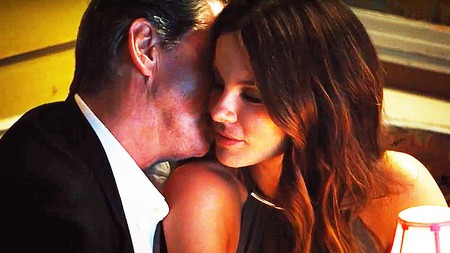 The Only Living Boy in New York riffs on The Graduate and The Door in the Floor but lacks a clear identity of its own.

Marc Webb’s The Only Living Boy in New York is an Oedipal drama if ever there was one. The protagonist, Thomas (Callum Turner), a frustrated recent college graduate and confused boho preppie, doesn’t want to make love to his neurotically over-protective mother, but he still risks emotional (if not literal) emasculation by his father. The cause is Thomas’s self-evidently Freudian desire for his dad’s alluring mistress. She half-heartedly draws a line in the sand that Thomas dare not cross.

He crosses it with alacrity after failing to persuade his age-appropriate friend Mimi (Kiersey Clemons) that their one night together was the foundation for a relationship. Sleeping with the mistress, Johanna (Kate Beckinsale), enables Thomas to match the manhood of the father, and, unconsciously, to exact revenge on him for his routine sneers. The father-son rivalry—the generational conflict—is the nub of the movie, but it’s also a red herring… disclosing why would be too great a spoiler.

Johanna (Kate Beckinsale) rationalizes sleeping with Thomas because it’s what he wants, but also because it enables her to revenge herself on Ethan (Pierce Brosnan), the dad, for not leaving Judith (Cynthia Nixon), his wife. The years of psychoanalysis Thomas might need when Johanna tells Thomas she truly loves Ethan are not her problem or the film’s concern. 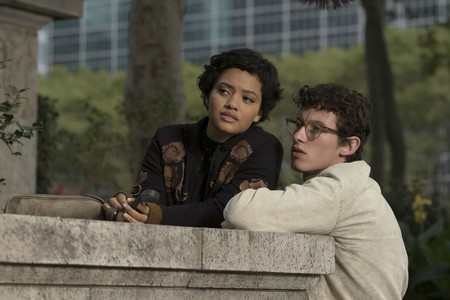 Director Webb emphasized the threat to Thomas by making Ethan a supercilious Manhattan publisher who derides the boy’s writing vocation and casting Brosnan in the role. Asking Beckinsale to play the matter-of-factly seductive Johanna, an English freelance book editor, wasn’t going to test the actress’s range.

Male journalists who admired Charlotte Rampling used to speculate what it would mean to be “Rampled.” The Only Living Boy in New York speculates what is to be “Beckinsaled,” or, more specifically, “Beckinsated.” Yet the film is coy about sex. Johanna appears flushed and tousled after trysts with Thomas, but she herself isn’t sated. Thomas’s earnest post-coital conversation indicates that he misunderstands the nature of their arrangement.

Johanna’s affection for Thomas and need for Ethan seemingly spring from her resistance to finding a partner who is both suitable and available. Her kinky entanglement with father and son vaguely recalls the actress Gloria Grahame’s scandalous affair with the adolescent son, Tony Ray (later her fourth husband), of her second husband, the director Nicholas Ray.

Tested or not, Beckinsale is sympathetic here as a woman approaching middle age whose beauty has availed her little. Thomas’s involvement with her is less the film’s focus, however, than his mentorship by the gruff, mysterious new neighbor in his Lower East Side walkup. (The film’s handsomely filmed New York locations otherwise ground it as a white bourgeois entertainment.) 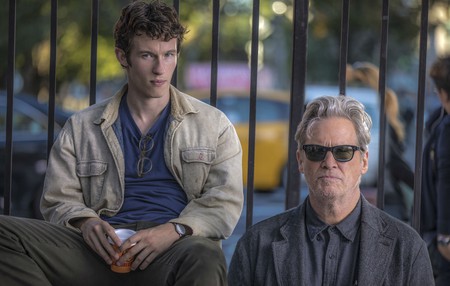 As the avuncular alcoholic W.F. Gerald, Jeff Bridges might be channeling Ernest Hemingway, but not as much as he’s channeling Ted Cole, the children’s author with the tragic family history Bridges played in 2004’s The Door in the Floor.

Just as Bridges’ character in that film sanctioned his traumatized wife’s rejuvenating affair with a youth, so W.F. indulges Thomas’s chatter about his affair with Johanna. These two men’s relationship echoes an earlier relationship W.F. had with a male friend that alters the psychological significance of Thomas and Johanna’s couplings. Are you still with me? Callum Turner (Queen & Country) isn’t an ingratiating actor, but he does enough to make us care about ubergeek Thomas, so it’s cheering to know he may not need therapy after all.

Here’s to you, Mrs. Robinson

Functionally directed by Webb, The Only Living Boy in New York lacks the bittersweet charm of his (500) Days of Summer (2009), in which a visit to the cinema to see Mike Nichols’s The Graduate played an instructive part. Whereas Nichols made serendipitous use of Simon and Garfunkel’s “Mrs. Robinson” in his 1967 classic, Webb’s harnessing of the S&G song that gives his new film its title feels gratuitous. Unlike Benjamin Braddock’s rite of passage in The Graduate, Thomas’s crisis doesn’t seem part of a bigger existential journey. It could be because Turner doesn’t whine as naggingly well as Dustin Hoffman.

In fact, the more absorbing crisis is experienced by Ethan when he learns his girlfriend has been shtupping his son. Brosnan’s Ethan makes a surprisingly credible late bid for the viewer’s compassion, but it’s hard to feel too much for a rich, complacent white guy with the looks of James Bond. In the end, it’s the two women Ethan wronged—the warm, nervy Judith especially—who wring the heart.