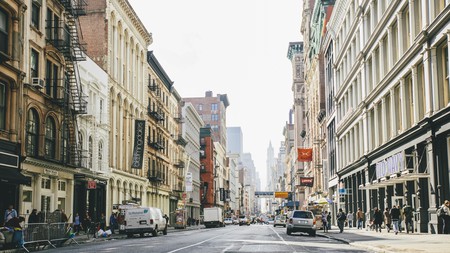 Did you know the whole city moved on the same day until World War II? The history of New York is filled with wild stories, which we detail below.

New York can feel like an avatar for hopes, dreams and success; a blank canvas, yet each block is overflowing with the history of 400 years worth of sanguine inhabitants, some of whom have left a mark that ripples through time. Collectively, these stories, like the 10 million bricks in the Empire State Building, compose the past tales of this city – in all its strange and wonderful glory. Culture Trip compiled a list of some of the myriad unbelievable, interesting and strange facts you might not know about New York City, such as how the ball drop tradition started and where Times Square got its name.

The streets of New York are hectic. Traversing them during a rush-hour commute or lunchtime is enough to make you into an agoraphobe. Now, picture one million tenants scrambling to move all on the same day. This was the reality from roughly colonial times until shortly after World War II. At 9 am on May 1 each year, all leases in the city expired simultaneously, causing chaos as belongings were piled high on the sidewalks and the traffic of rickety moving carts made maneuvering impossible.

By the turn of the 20th century, October 1 became a second moving day, which eventually supplanted May 1, because many New Yorkers were away in the summer. A 1919 New York Times article begins by stating, “For thousands of New Yorkers today will be filled with anxiety,” before asking, “How much of the furniture will reach its destination as furniture and how much as firewood?” Despite the major inconvenience it caused, Moving Day continued to be practiced until around 1945, when it became impractical. Many of the movers had been drafted into World War II so the number of able-bodied men was too few, and additionally better rent-control laws were implemented. 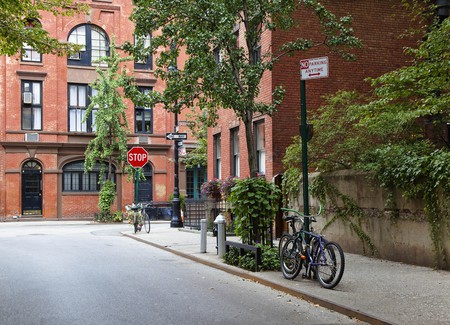 If New York City sometimes feels like the de facto capital of the US, perhaps this is because it once officially was. Before Washington, DC, New York City was America’s original capital from 1785 to 1790. Congress designated Federal Hall, located on Wall Street, as its official meeting place and first president George Washington was sworn into office there on April 30, 1789. Today, a statue of Washington is located outside the reconstructed Federal Hall on Wall Street. 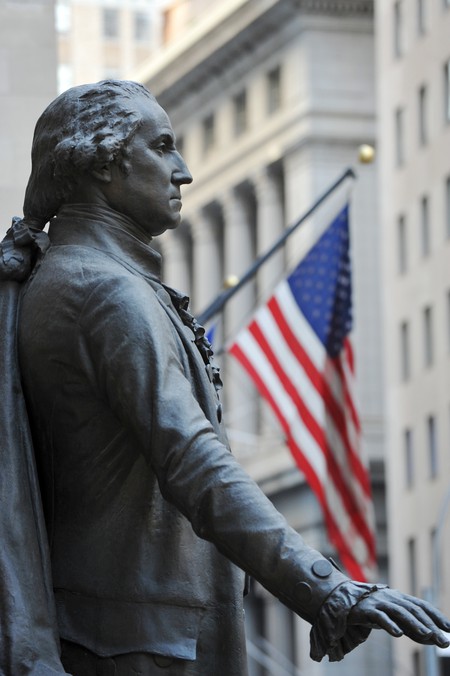 First president George Washington was sworn into office at Federal Hall on Wall Street, hence the statue of him there today | © oversnap / Getty Images

Times Square is a New York City landmark where Broadway and 7th Avenue collide. These two intersections bring together commercial and entertainment centers and attract tourists from all over the world. Originally, this area of Manhattan was called Longacre Square when it was the epicenter of the carriage industry in 1872. Its name changed in 1904 when New York Times publisher Adolph Ochs moved the newspaper’s operations to a skyscraper in Longacre Square and convinced the mayor to build a new subway station there. On April 8 of that year, the name was changed to Times Square, and it has persisted even after the Times moved its office across Broadway in 1913 to 229 West 43rd Street where it remained until 2007. 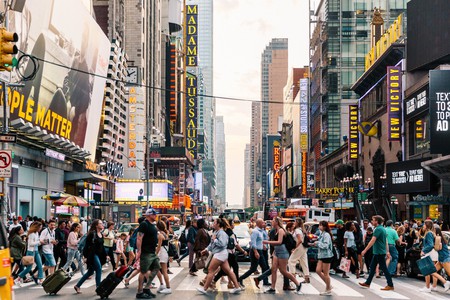 The Times drops the ball

Speaking of Times Square, the annual ball drop that occurs there also owes its existence to the newspaper of record. On December 31, 1907, in order to usher in 1908 and celebrate the Times’ new headquarters, owner Adolph Ochs organized the first “ball drop.” Previously, the Times had held fireworks shows to celebrate, which had usurped the traditional fireworks show at Trinity Church. Sign company Artkraft Strauss was hired to produce the ball, which in its inchoate phase was made of wood and iron and weighed 700 pounds. Lowering the ball down the flagpole has become an annual tradition that has occurred annually ever since, except in 1942 and 1943 due to wartime light restrictions; those years, a moment of silence was observed in its place. 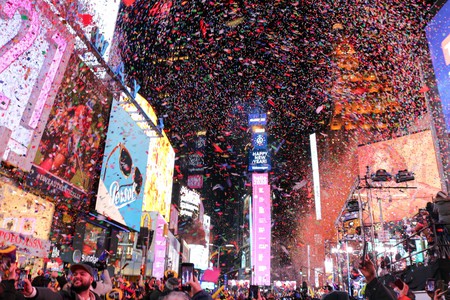 “I frankly couldn’t think of anything more downright unhealthy,” an MTA employee told the Times in 1983. What he was referring to was an uptick in youth jamming the subway turnstiles and then putting their mouths over the slots, sucking out stuck tokens and selling them for a profit. The subway token, discontinued in 2003, was implemented 50 years prior in 1953 when the fare was raised to 15 cents (the machines could only accept one type of coin). MTA employees are said to have discouraged theft by lining the slots with chili powder, mace and even super-glue. 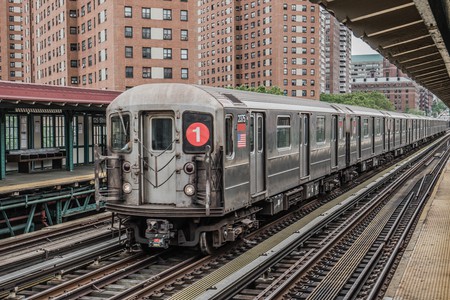 Youngsters used to suck coins out of the subway turnstiles after jamming them with cardboard | © Oliver W. Ottley III / Getty Images

The Empire State Building dominates the New York skyline, but when it debuted during the height of the Great Depression, it didn’t quite live up to its status. Designed primarily for office space, it only managed to sell 23% of the available room for rent, according to The Empire State Building by Ronald A Reis. Financially unsuccessful, it was nicknamed the “Empty State Building,” and workers were even encouraged to leave lights on in unoccupied rooms to create the illusion of tenancy. Speaking of illusions (or lights), the skyscraper’s owners also attempted to garner PR by hosting a séance in 1932 to contact the ghost of Thomas Edison. It didn’t work, and the building only began to turn a profit in the 1950s. 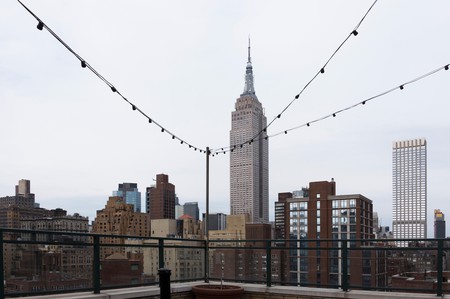 Construction on skyscrapers has historically been quite dangerous. This crisis was surprisingly averted during the construction of the Chrysler Building. Despite averaging four floors per week, the crew that built the Art Deco skyscraper from September 1928 to May 1930 experienced not a single loss of life. Meanwhile, five workers were killed, according to official records, while building the Empire State Building (one was hit by a truck; a second fell down an elevator shaft; a third was struck by a hoist; a fourth got caught in a blast area; a fifth plummeted from a scaffold). Even worse, there were 60 casualties during the construction of the World Trade Center. Little has been reported on this, and apparently there were no worker strikes. The world’s most dangerous construction projects usually involve the building of dams, waterways and tunnels. 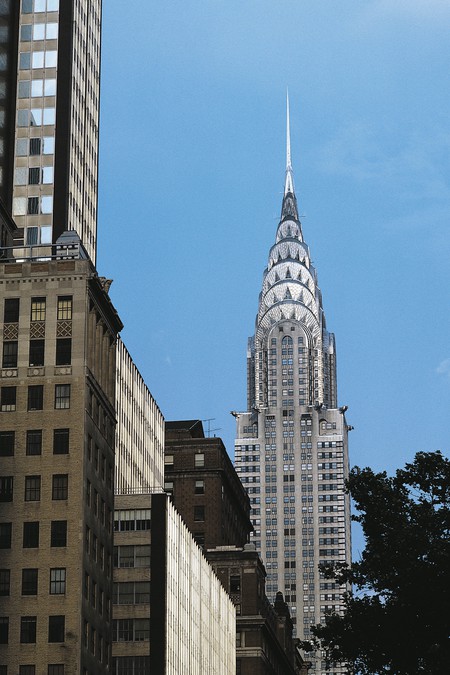 Surprisingly, despite how quickly it was built, nobody lost their life during construction of the Chrysler Building | © DeAgostini / Getty Images
Give us feedback