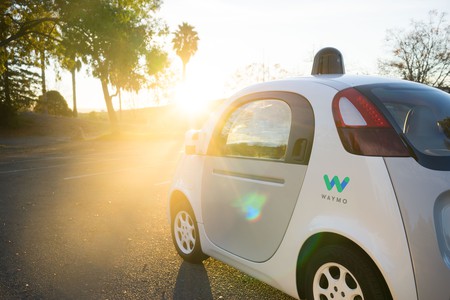 Waymo is one of the companies developing self-driving cars | © Waymo

At some point this year New York may join the likes of Silicon Valley, Pittsburgh, and Boston in hosting self-driving car experiments, giving the technology a test unlike anything it has faced yet.

Jaguar unveiled its new vehicle, a self-driving car, in March to much fanfare in New York. The launch came shortly after a self-driving Uber vehicle hit and killed a woman in Arizona, and at a time when confidence in the autonomous technology is on shaky ground.

The Jaguar car, labelled a “premium” autonomous vehicle, has been made in conjunction with Waymo, the self-driving unit of Google, and will be tested on public roads this year. The two companies hope to have 20,000 self-driving Jaguar sports utility vehicles in the Waymo public fleet by 2020.

The location of the launch of the vehicle was significant, as New York could soon be an autonomous car playground.

Self-driving cars rely on sensors, and artificial intelligence to navigate the roads without the assistance of humans. Driving in a desert with barely any obstacles, or a test environment where everything is planned can be easy for driverless vehicle technologies, but letting an autonomous car loose on the streets of Manhattan would be an entirely different prospect.

In October 2017, General Motors announced it planned to test a fleet of autonomous Chevrolet Bolts in lower Manhattan, through its startup Cruise Automation. The plan has already received the backing of New York Gov. Andrew Cuomo and is expected to go ahead but raises new challenges for the technology. New York’s roads are notoriously tricky to navigate, particularly in lower Manhattan, and the drivers in the city don’t exactly have a reputation for patience with fellow humans, let alone robots.

Initial tests in Manhattan will follow the same guidelines as elsewhere in the country, with a human overseer also sitting in the car ready to take control in an emergency. A human was present in the test in Arizona which ended with a pedestrian being struck and killed by the car, however, proving that such safety measures are not infallible. Uber cars have since been taken off the streets of Arizona and will not be allowed to continue testing until a full investigation has been carried out.

Despite that incident, the self driving car movement is still gathering pace. For New Yorkers, the sight of a self-driving vehicle in Manhattan could soon be as common as a yellow cab or a gaping tourist by the end of the year.